The records, obtained through a Freedom of Information request in connection with an ethics complaint, show Keating began pushing Dilantin for use among prison inmates soon after becoming governor in 1995 and continuing through 2000.

Keating has previously confirmed reports of meetings he arranged with Oklahoma and federal prison officials to promote Dilantin, but has never detailed the scope of his lobbying on behalf of mutual fund tycoon Jack Dreyfus. The drug is generally used to control epileptic seizures, but Dreyfus contends that it's effective in treating depression and could be particularly helpful to prison inmates.

``There is really nothing new in any of this,'' Dan Mahoney, spokesman for the governor, said Sunday. ``The governor doesn't back away from his support for this drug.''

Keating returned the $250,000 after questions were raised earlier this year about the propriety of accepting cash gifts from Dreyfus, whom he met in 1988 as an associate attorney general with responsibility over federal prisons.

The Oklahoma governor repeatedly has denied any wrongdoing in promoting Dilantin on Dreyfus' behalf. ``This has not been any type of business transaction or business relationship,'' Mahoney said. ``Mr. Dreyfus has no financial interest in Dilantin.''

``There was not a legal problem with it. It was not taxable. It was a gift. He just felt that if anyone had a legitimate question, then it was the right thing to do to return the money.''

Keating has said the gifts from Dreyfus came in $10,000 increments and continued for two years after his election as governor in 1994.

State law prohibits officials from accepting ``anything of value'' for performance of their official duties. Officers also are barred from accepting large gifts from lobbyists. Although Dreyfus lobbied sate officials to utilize Dilantin, he does not fit the definition of a registered lobbyist so the law would not apply.

Keating said he once took the drug during a stressful period in his life and it helped him.

Records show that since taking office as governor in 1995, Keating has campaigned vigorously for using Dilantin to help inmates cope with mood swings.

Keating has made numerous trips to New York and other places to meet with Dreyfus and Dreyfus has made a half dozen trips to Oklahoma to meet with state officials about making the drug available to inmates.

On one occasion, the governor, first lady Cathy Keating and other family members spent the Christmas holiday period at Dreyfus' Lake Tahoe estate.

In an Oct. 25, 1999, letter to the president, Keating extolled the benefits of Dilantin and Dreyfus' dedication to expanding the drugs' use to curb society's ills.

``It is inconceivable that the scourge of drugs and violence in America today would not be significantly reduced if Dilantin were made a part of correctional therapy,'' Keating said in the letter.

On Jan. 12, 2000, Keating sent a letter to Mrs. Clinton urging her to ``take up Jack's challenge and be a friend and promoter of Dilantin's beneficial use.'' He mentioned Tony Coehlo and Paul Simon were ``champions and advocates'' of the drug.

Democrats Coehlo and Simon are among a group of former members of Congress who went to work for Dreyfus promoting Dilantin after they left office. The group includes Bob Dole, the former Kansas senator and Republican presidential candidate.

In December, 1997, Dole wrote Keating of a meeting Dreyfus arranged for the group of Dilantin supporters at the upscale Plaza Hotel in Manhattan. Dole said all expenses would be paid.

Keating also enlisted the support of J. Michael Quinlin, an acquaintance at the Justice Department who later became president of the Corrections Corporation of America, the company that operates most of Oklahoma's private prisons.

The Oklahoma governor once brought Quinlin in as a consultant to the state prison system.

Soon after taking the oath of office, Keating arranged for Dreyfus to meet with Larry Fields, whom the governor later replaced as Oklahoma's corrections director. Keating also arranged meetings to promote the drug with Fields' successor and the Tulsa County sheriff.

Fields and his successor eventually rejected using Dilantin in the prison system.

In early 1998, Keating corresponded twice with the country's other governors, asking them to read Dreyfus' book on the benefits of Dilantin and meet with the retired financier.

Keating, when reports of the gifts from Dreyfus surfaced in a Newsweek article earlier this year, said the money went for college scholarships and summer vacations for his three children. He said Dreyfus was ``like a Godfather'' to him and his children.

He later conceded the money was co-mingled with funds in the Keatings' bank account.

There has been speculation that receipt of the money played a role in the governor being denied the GOP vice presidential nomination and a chance to be attorney general under President George W. Bush. A Keating spokesman said Bush told the governor that was not the case.

Keating ran for governor after serving first with the Justice Department and then as general counsel for the Office of Housing and Urban Development.

The Dreyfus affair is not the only area where Keating has been hit with ethics accusations.

One unresolved ethics complaint questions Keating for allowing Conoco Corp. to pay for an Alaskan fishing trip last year that was valued at between $6,000 and $7,000. State law forbids public officials to accept gratuities that exceed $300 in a year from companies that have a lobbyist at the Capitol.

Keating defended the trip as an effort to bring jobs to the state.

In his first term, the Ethics Commission accused Keating of 32 ethics violations for his use of his state car and plane to campaign for Republican candidates. The Oklahoma Supreme Court subsequently decreed that the law was too broad and restricted the governor's access to security. 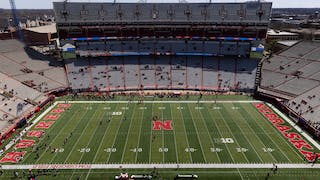 CBS Sports The age of name, image and likeness in college sports has created unique opportunities for athletes. Decoldest Crawford, a freshman wide receiver at Nebraska, serves as a prime example of a unique opportunity after recently starring in a commercial for a local heating and cooling company.

News 9 One hundred forty-seven virus-related deaths and 9,718 coronavirus cases have been added to the state’s count since Aug. 11, according to weekly numbers released by the Oklahoma State Department of Health. 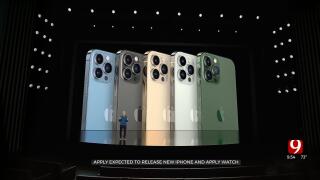 News 9 Apple is reportedly gearing up to unveil the latest iPhone. 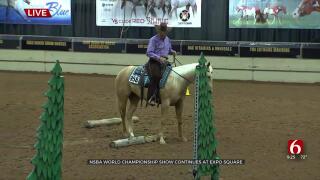 News On 6 The National Snaffle Bit Association World Championship Show is happening at the Expo Square in Tulsa. 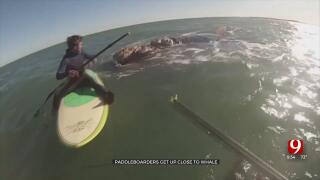 Caught On Camera: Whale Knocks Paddle Boarder Off Board

News 9 Two paddle boarders in Argentina were out in the South Atlantic Ocean when a whale swam up to say hello. 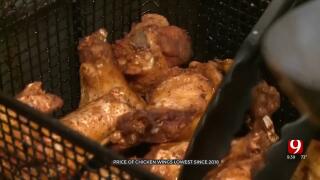 News 9 Americans are finally catching a break at the grocery store as the price for chicken wings decreases.
View More Stories