WASHINGTON (CNN) -- President Bush was given high marks Tuesday night by congressional Republicans and Democrats alike for his confidence and poise as he spoke before an imposing audience of House and Senate members.

But mixed post-address reaction to his call for broad tax cuts and tight budgeting may mean Bush will have to seek the assistance of the people who sent those lawmakers to Congress.

Speaking for just under an hour to a joint session of Congress on Tuesday night, Bush illustrated his budgeting priorities by painting in broad strokes, reiterating many of the crisis areas he discussed during his campaign for the White House, and presenting a recipe for solution that relies heavily on projections of just how much money the federal government will be able to spend between now and 2011.

Bush's call for a $1.6 trillion tax cut over the course of the next decade -- a call that he repeated many times over during the campaign and through the first 39 days of his administration -- elicited responses as partisan as the underlying Washington tones the president has vowed to change.

The president's budgeting team settled on the $1.6 trillion figure after assessing calculations by the nonpartisan Congressional Budget Office that determined the federal budget deficit could grow to as much as $5.6 trillion in 10 years.

Bush has stuck with that number despite recent criticism from both sides of the congressional aisle.

The budget outline unveiled by the president Tuesday night includes provisions for the tax relief package, as well as a path to pay down a large portion of the federal deficit, while pressing areas such as the solvency of the Medicare and Social Security trust funds are addressed, but not dealt with in an immediate fashion.

President will provide 'blueprint' on Wednesday

Bush will transmit "blueprint" documents outlining his fiscal year 2002 budgeting priorities to the House and Senate on Wednesday morning. He then leaves Washington for a two-day, multi-state tour to muster public support for his tax plan.

With a Congress as closely divided as this 107th session is, he must hope that constituents can bend the ear of their local lawmakers.

Democrats have argued that the president is "underestimating" the full cost of the tax cut, saying that by the time some of the surplus monies start flowing back out of federal coffers, the true cost of the tax relief package could balloon to over $2 trillion.

Additionally, many said following the president's speech that the government should not consider basing any long-term tax policies on projections that might not come to pass.

"Once the action is taken by Congress to pass this tax cut, that money is going out," said an emphatic veteran Sen. Robert Byrd, D-West Virginia, following the Bush address. "There is no guesswork to that."

"It's a high-wire act, and if the predicted surpluses do not materialize, there is no safety net to catch us when we fall back into deficits," Byrd said, referencing a Democratic argument that is likely to be repeated in coming days.

That argument centers on the tax cuts championed by Ronald Reagan in 1981, which many in the minority party say resulted in mountains of federal IOUs.

"In 1981 ... I sat in the House chamber when another new president talked to the American people about stimulating the economy," said Senate Minority Leader Tom Daschle, D-South Dakota, in the official Democratic response that followed Bush's speech.

"We were promised that if we gave huge tax cuts to the wealthiest Americans, the benefits would trickle down, deficits would disappear and the economy would flourish."

Republicans, however, all but champed at the bit to get the congressional budgeting process under way, beginning, according to Senate Budget Committee Chairman Pete Domenici, with a congressional budget document that will pave the way for the drafting of a tax bill.

The process should be set in motion, Domenici said Tuesday night, after Congress returns from its Easter recess. A tax cut bill could be passed by the House and Senate, he predicted, by the summer.

"If the American people paid attention tonight, they know that those who keep saying 'we can't afford a tax cut,' just don't want to give the money back to the American people," Domenici said in response to the Democratic criticism.

"They would like to keep it here, so they can say 'just in case,' " he continued. "Just in case what? So they can have something to spend it on."

Rep. Bill Thomas, R-California, chairman of the House Ways and Means Committee, which will take the first crack at the tax bill, said Tuesday night, "I am ready to do what the president asks."

"We're going to move as rapidly as we can," he said.

But much of the reaction of the Democrats was somewhat muted, with many leaving the heavy lifting to the likes of Daschle and House Minority Leader Richard Gephardt.

Some, including Sen. Hillary Clinton, D-New York, said they would withhold more detailed comment until the Bush White House formally submits its budget.

"Usually when a president comes to the Hill, we have a budget so we can compare the numbers. We don't have that today," she said. "I'm going to withhold judgment."

But the fly in the ointment for Bush appeared Tuesday night in the form of Sen. Lincoln Chafee, the moderate Rhode Island Republican who had expressed previous misgivings about the Bush tax plan.

The loss of even one Republican in the 50-50 Senate severely jeopardizes the health of any Bush-championed tax bill that reaches the chamber, and Chafee gave no indication that he was swayed by Bush's sales pitch Tuesday night.

"I know he feels strongly about it, but there are others who feel strongly about certain tax issues," Chafee said, adding that he believed a group of centrist Republicans and Democrats might arise to steer the process.

"I am apprehensive after seeing the partisan reactions that (Bush's proposal) is still possible," he said.

Despite the criticism of the tax cut, Bush's delivery and willingness to reach across party lines on a number of issues won him wide praise.

"He was received with a feeling that we all want to work together," said Sen. John Kerry, D-Massachusetts.

"I think he hit a home run, and he touched all the bases as he went around, and when he got to home plate, he got a big cheer," Domenici said.

The president's speech was interrupted by applause some 76 times, with 22 of those being extended standing ovations. He engaged in a bit of give and take with his audience, prompting conservative Republicans to cheer when he cheerfully complained about some in Congress thinking his tax cut was too small.

He squeezed the same result from Democrats, by teasing them for complaining the tax cut was too large, and he lingered on the Democratic side of the aisle as he made his way out of the chamber at speech's end.

"The way in which he delivered the speech clearly showed this is a leader, and there are members of Congress on both sides of the aisle who are ready to follow," Thomas said. 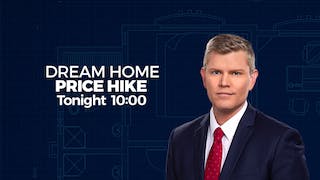 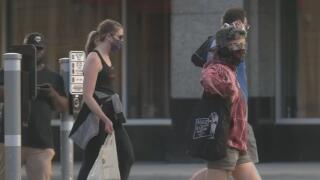 McKenzie Gladney As Omicron spreads throughout Oklahoma, the CDC says it might be time for you to upgrade your masks. 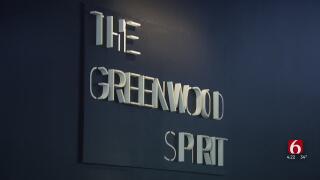 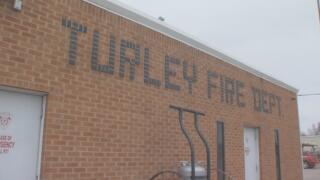 Amy Avery The Turley Fire Department is working to upgrade its nearly 40-year-old building. It's starting with the bunk room where firefighters sleep and a lot of the materials have been donated since it's a volunteer department. 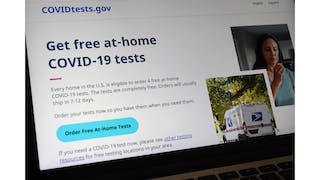 US Begins Offering 1B Free COVID Tests, But Many More Needed

Associated Press For the first time, people across the U.S. can log on to a government website and order free, at-home COVID-19 tests. But the White House push may do little to ease the omicron surge, and experts say Washington will have to do a lot more to fix the country’s long-troubled testing system. 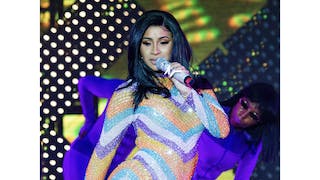 Associated Press Cardi B has offered to pay the burial costs for all 17 people killed in a fire that ripped through a New York City high-rise. 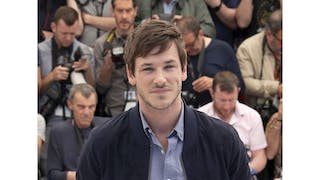