WASHINGTON â€“ The election is over but the campaign continues in the improbable 2000 presidential race, with George W. Bush declaring victory based on an unofficial recount of Florida ballots. Vice President Gore cautioned Friday that "this election is not over."

In a statement, Gore countered, "Contrary to claims being made this morning by the Bush campaign, this election is not over. Again, we want the true and accurate will of the people to prevail, and that means letting the legal system run its course."

Republicans continued to urge Gore to drop his challenge of the results, although Florida officials said it could be as late as next Tuesday before the state certifies ballot results from all counties. Further, it could take until Nov. 17 to tabulate ballots cast by Floridians overseas.

Former Sen. Robert Dole, appearing on CBS' "The Early Show," said, "I think if I were Al Gore, and I know him fairly well â€“ we've had a count, we've had a recount â€“ it's time for him to say the election is over, let's go on with the business of America. The recount was held. Bush is still the winner."

An unofficial tally by The Associated Press of the recount in Florida's 67 counties showed the Texas governor with a 327-vote lead over the vice president in the state whose 25 electoral votes will determine the next president. Not counting the Sunshine State, Bush had won 29 states for 246 electoral votes. Gore had won 19 states plus the District of Columbia for 260, with 270 needed for victory.

"We hope Vice President Gore and his campaign will reconsider their threats of lawsuits or still more recounts, which could undermine the constitutional process of selecting a president and has no foreseeable end," Bush spokeswoman Karen Hughes said in a statement.

Political charges aside, the uncertainty overshadowed any talk of the transition to a new administration and raised the specter, however faint, of an Electoral College deadlock that could send the presidential election to the House of Representatives.

"This is serious stuff. It's time to cool partisan passions or risk being damaged goods, even if you win the presidency," said Democratic consultant Jim Duffy.

If anything, the passions seemed to escalate Thursday as the two sides swapped charges and several lawsuits were filed in Florida.

The two sides clashed over the design of a ballot in Palm Beach County that left some Gore voters expressing concern they had inadvertently cast votes for Pat Buchanan. In addition, the Gore campaign cited more than 19,000 Palm Beach County ballots that had been thrown out because they were marked for more than one presidential candidate.

The Gore campaign criticized the ballots used in Palm Beach County as confusing, and asked for a hand count of votes cast there and in Dade, Broward and Volusia counties â€“ some 1.78 million votes. Democrats also suggested they may call for a new election in Palm Beach County.

The Bush campaign sent a letter to Palm Beach County asking election officials to double check their ballot figures because they are different from the campaign's review. The campaign also opposes the hand counts because "with human contact, it's one more step down the slippery slope," said spokesman Ari Fleischer.

"They blithely dismiss the disenfranchisement of thousands of Floridians as being the usual sort of mistake made in elections," Gore campaign chairman William Daley said of Bush's allies. "They cite legal provisions about published ballots and technical notice. They put a demand for finality ahead of the pursuit of fairness."

Republicans expressed outrage at the Democratic demands, but suggested they might seek recounts in Iowa and Wisconsin, two states where Gore won narrowly. Oregon, still counting, was so close that the secretary of state said the likelihood of an automatic recount was "pretty high."

The state GOP in New Mexico was considering legal action in the vote count there. In New Mexico, the margin of difference between Bush and Gore was slim â€“ by Thursday, 99 percent of precincts had reported, with Gore leading Bush by 6,825 votes in a state where more than 557,000 votes were cast.

"The Democrats, who are politicizing and distorting these events, risk doing so at the ... expense of our democracy," said Don Evans, chairman of Bush's campaign. "... Our democratic process calls for a vote on Election Day; it does not call for us to continue voting until someone likes the outcome."

Eight lawsuits have been filed in state and federal courts to challenge the Florida results, including six in Palm Beach County and two in Tallahassee. Democratic Party-backed lawsuits won't be filed until next week, party officials said.

As for the two would-be presidents, Gore was in public only briefly Thursday, emerging from a Nashville, Tenn., hotel to jog with two of his daughters and his brother-in-law. "We're having a great run here," the vice president shouted to reporters, then waved off all questions."

Bush was in Austin, Texas, where aides said he was toiling over transition plans. Running mate Dick Cheney, who is expected to head any transition team, and Andrew Card, likely chief of staff in a Bush administration, spent the morning with the governor.

Behind the scenes, though, the campaigning did not stop.

Edward G. Rendell, chairman of the Democratic National Committee, said he was working to raise more than $1 million to pay legal bills and expenses in Florida. Republicans said they, too, were putting the machinery in place to raise money on their own.

Former Secretary of State James A. Baker III was in Florida Thursday, where he labored on behalf of Bush's campaign â€“ just as another former secretary of state, Warren Christopher, represented Gore's interests.

Christopher on Friday told NBC's "Today" show that he and Baker "had a good meeting" Thursday. "We both pledged to carry this out in a professional way. We understand we have differences, but we also understand what an historic moment this is, and I think we'll both try to live up to that obligation."

In addition to Christopher and Baker, officials said both campaigns were dispatching trusted political aides to Florida, and perhaps elsewhere, to represent their interests.

Several Republicans, who spoke on condition of anonymity, said that in private telephone conference calls, the Bush campaign had been told by governors and congressional leaders they were being outmaneuvered by the Gore camp in the public relations campaign. "They're willing to blow up the entire election," Michigan Gov. John Engler said of the Democrats, after participating in one call.

The Bush campaign promised to be more aggressive, these sources said, and within hours, officials began appearing on television to denounce Democrats for attempting to rerun the election until it came out the way they wanted.

According to one Democratic attorney who worked with the DNC and Gore campaign, the party is backing lawsuits in state court because there is a significant body of Florida law concerning election challenges. This attorney, who spoke on condition of anonymity, said the legal standard is "reasonable doubt," which he described as not a very high threshold.

Florida Secretary of State Katherine Harris held a news conference to announce that she had no final recount figures. The session ended somewhat abruptly, but not before Bob Crawford, the state's agriculture commissioner and a member of the election board, urged patience.

"This is democracy in action. If you want simplicity, just go about 70 miles south of Florida and you got Cuba and they're very simple, they have no elections," he said. 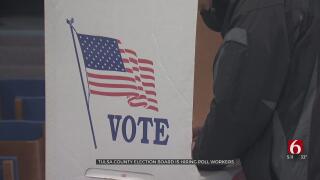 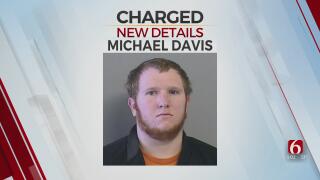 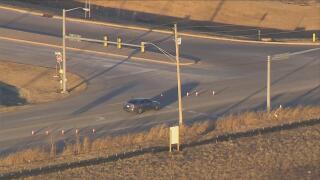 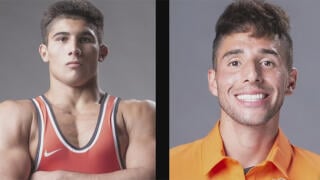 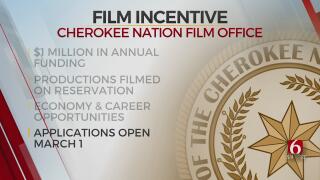 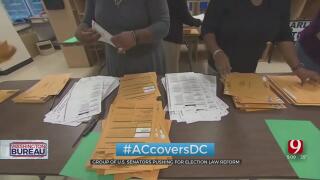