A week before Election Day, Bush and Gore crisscrossed the West Coast in search of votes as their aides make last-minute strategic decisions. Gore was considering a hard-hitting ad of his own questioning Bush's experience and whether he's ready to be president.

The new Bush ad opens with an announcer saying, ``Remember when Al Gore said his mother-in-law's prescriptions cost more than his dog's? His own aides said the story was made up. Now Al Gore is bending the truth again.'' It accuses Gore of misrepresenting Bush's plans for Social Security, and ends with a video clip of the vice president debating Bill Bradley during the New Hampshire primary campaign.

``There has never been a time when I said something untrue,'' Gore says, as the screen fades and leaves viewers with a one-word message: ``Really?''

Gore's credibility is a centerpiece of Bush's campaign. The vice president has made inroads in key states such as Florida with his criticism of Bush's plan to privatize portions of Social Security.

A senior Bush adviser said the campaign will close with the new ad and a spot called ``Trust,'' a high-minded ad about Bush's philosophy of government that has been airing for some time.

Bush, meanwhile, took a final turn at late night TV campaign comedy with Halloween gibes at Gore _ then defended his readiness for the White House, saying the Democrats' challenge to his experience is ``what they said about Ronald Reagan when that good man was running for president.''

The vice president was appearing on the ``Tonight Show with Jay Leno'' on Tuesday, after a daylong offensive against Bush in the Midwest and a redeye flight to campaign in Portland, Ore., and in California.

The experience question has become a Democratic theme against Bush.

``He's not ready to be president,'' vice presidential nominee Joe Lieberman repeated at a Wisconsin rally with Gore on Monday.

Gore said in Muskegon, Mich., that in the Nov. 7 election ``prosperity itself will be on the ballot'' because Bush's tax cut and other plans would wreck it.

``My opponent gives in to the powerful interests and I believe his plans would leave millions of families worse off than they are today,'' the vice president said.

Gore declared himself ``opposed to big government,'' and promised again that he would not add even one position to the federal bureaucracy.

In the West, Bush told a rally in New Mexico and two in California Monday night that Gore stands for big government and for decisions made in Washington instead of by the people.

He said Gore is the one who would threaten economic growth by seeking 280 new or expanded federal programs and the costs that would go with them.

Bush said sardonically that Gore ``might be exaggerating'' in promising no new federal jobs, because the Senate Budget Committee _ run by Republicans _ estimates his programs would take 20,000 to 30,000 new bureaucrats.

Bush said Gore is the one ``surrounded and supported by interest groups that exist to oppose reform.''

As for experience, the Texas governor told Leno in his Monday night appearance that ``some folks believe you have to spend all your life in Washington in order to be qualified to be the president,'' and he does not.

``In all seriousness ... that's what they said about Ronald Reagan when that good man was running for president. But those kind of folks forget that when you're a governor, you have to lead.''

Bush's performance wasn't all seriousness, though. He joked about his tendency to muff lines and mispronounce names. ``Too bad all the world leaders aren't named Al Smith,'' Bush said.

When Leno put on a Bush Halloween mask, the governor said, ``That's scary,'' then donned a Gore mask. ``This is more scary'' he said.

Bush told his California crowds that he will upset Gore in the state crucial to the Democrats. Jimmy Carter in 1976 was the last president elected without winning California, and before that, it was John F. Kennedy in 1960.

The governor tried to identify himself with Reagan, who went from the Sacramento state house to the White House, on the experience question and by likening his proposed across-the-board tax cut to Reagan's of 1981.

Sen. John McCain, who as a primary rival had himself questioned Bush's readiness, called the Democratic challenge to the governor's experience ``the latest sort of desperation tactic.''

``I promise you, I know, that this man is fully prepared,'' McCain told the Bush rallies in Burbank and Fresno.

Gore still leads the California polls, but by narrowed margins that led him to spend a final campaign day in territory he thought safely his. He campaigned first in Oregon, which had been a reliably Democratic state but is close this time, with Bush leading some surveys by a margin smaller than Ralph Nader's share of support.

``The polls have a margin of error of plus or minus one Ralph Nader,'' Leno said, in a joke that is not a laughing matter to the Democrats, who fear the Green Party candidate could pry away ballots Gore needs in a close race with Bush.

Bush was seeking votes in San Jose, before flying north to Portland and then on to Seattle. For Gore, it was the opposite direction, Portland to Burbank, to campaign in Los Angeles and appear on the Leno show.

Then another redeye flight for the vice president, east to Florida, a state Bush once thought safe, but one in which Gore leads some surveys. Jeb Bush, the nominee's brother, is governor there. 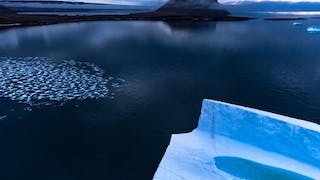 CBS News Scientists have known for years that the Arctic has suffered from more warming than the rest of the world. But a new study shows that it's much worse than previously thought. 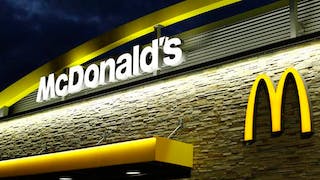 CBS News McDonald's will start reopening some of its restaurants in Ukraine in the coming months, a symbol of the war-torn country's return to some sense of normalcy and a show of support after the American fast-food chain pulled out of Russia. 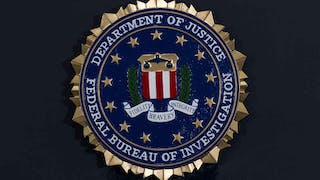 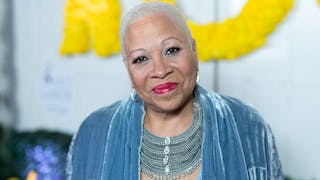 CBS News Actress Denise Dowse – known for her roles as vice principal Yvonne Teasley in "Beverly Hills, 90210," and Dr. Rhonda Pine in "Insecure" – has died at the age 64. 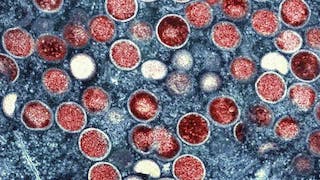 WHO Plans To Rename Monkeypox Over Stigmatization Concerns

Associated Press The World Health Organization says it’s holding an open forum to rename the disease monkeypox, after some critics raised concerns the name could be derogatory or have racist connotations. 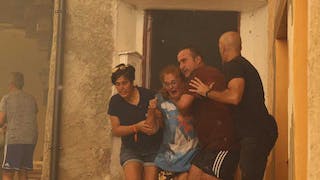 Major Wildfire In Spain Forces The Evacuation Of 1,500