Hewitt, who complained before the tournament about the courts being slow and has angered three opponents with his loud shouts to pump himself up, was at his aggressive, fist-pumping best against Roddick.

He fired up the crowd and the second-seeded Roddick complained about fans shouting during his service motion.

Hewitt, who is trying to become the first Australian man to win here since Mark Edmondson in 1976, has won major titles from Wimbledon and the U.S. Open. On Sunday, he'll face Marat Safin in the Australian Open's first evening men's final. Safin ended top-ranked Roger Federer's 26-match winning streak in the other semifinal.

Safin won the 2000 championship at the U.S. Open and has lost two previous finals here at Melbourne Park.

``Always said I'd do anything to have chance to play in the first night final here in history, and I've got my chance,'' Hewitt said. ``Obviously, Marat's beaten the best player going around. He's playing extremely well. I'm going to have to raise my level yet again and see what happens.''

The women's final pits top-ranked Lindsay Davenport against No. 7 Serena Williams on Saturday.

Roddick came out hot, jumping ahead at 2-0. He converted his fourth break-point opportunity when Hewitt hit long on a forehand from Roddick that was called good but TV replays indicated was just long.

As he has done so often, Roddick relied on his blistering serve to get out of early trouble. He had six aces as he served at 5-3, using them to fend off four of Hewitt's five break points in the game, then finish off the set with another two.

Roddick made it seven aces in a row with four in the next game. But Hewitt had only three unforced errors in the second set.

Hewitt still needed a tiebreaker to even the match. Hewitt had the only ace to pull ahead 6-3, and Roddick netted a backhand on the next point.

After 23 aces in the first two sets, Roddick had only eight in the last two.

``It's never routine, especially playing a guy like Andy,'' Hewitt said. ``He's got so much firepower, and I had to weather the storm.''

Roddick went ahead in the third set when Hewitt double-faulted at break point. But serving at 4-2, 30-30, Roddick _ clearly trying to put a little extra on his second serve _ double-faulted twice to return the favor. He had only six double-faults in the previous five matches, but had nine against Hewitt.

At the changeover, Roddick complained to chair umpire Andrea Egli about fans calling out during his service motion.

When Egli indicated he couldn't control everyone in the crowd, Roddick responded: ``You're telling me I can have someone shout during every one of his serves and you can't do anything about it?''

He complained again in the next game after someone shouted as he served at 40-0 after his 27th ace.

Another tiebreaker, and Hewitt peaked at the right time again. From 4-4, he ran off the last three points, the last a backhand crosscourt pass. Hewitt leaned low and pumped his fist three times with another ``Come on!''

Hewitt, who has been nursing sore thighs, had spent 14 1/2 hours on court _ twice as long as Roddick _ over of his previous five matches, including a four-hour, five-setter in the quarterfinals. But he still looked strong at the end, breaking an increasingly downcast Roddick for the first time while jumping ahead 3-0 in the fourth set.

Another break followed to make it 5-1, and Hewitt held for the match when Roddick sent a service return long.

Hewitt dropped to his knees, kissed the court and hit a ball high into the air as the crowd roared.

In the women's doubles final, U.S. Open champion Svetlana Kuznetsova and Australia's Alicia Molik combined to down Americans Lindsay Davenport and Corina Morariu 6-3, 6-4. Davenport and Morariu lost to Serena Williams and Venus Williams in the 2001 doubles final here. In between, Morariu underwent chemotherapy treatment for leukemia and has had two shoulder operations. 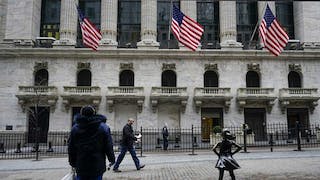 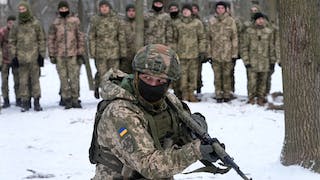 Associated Press The Pentagon says that Defense Secretary Lloyd Austin has put up to 8,500 troops on heightened alert, so they will be prepared to deploy if needed to reassure NATO allies in the face of ongoing Russian aggression on the border of Ukraine. 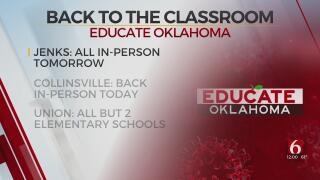 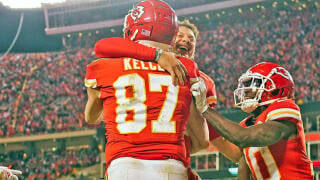 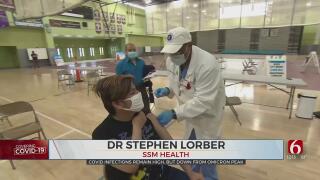 CBS News World health officials are offering hope that the ebbing of the omicron wave could give way to a new, more manageable phase of the COVID-19 pandemic, even as they warn of difficult weeks ahead and the possibility of another, more dangerous variant arising.
View More Stories