Eastwood also got a directing nomination for "Million Dollar Baby."

The other best-picture nominees were the Ray Charles portrait "Ray" and the buddy comedy "Sideways."

Along with Eastwood, Jamie Foxx also scored two nominations -- as best actor for the title role in "Ray" and supporting actor as a taxi driver whose cab is hijacked by a hit man in "Collateral."

Foxx's dead-on emulation of Charles has made him the front-runner in the lead-actor category.

Starring as aviation trailblazer and Hollywood rebel Hughes, DiCaprio also was nominated for best actor. He and Foxx will compete against Depp as "Peter Pan" playwright Barrie in "Finding Neverland"; Eastwood as a cantankerous boxing trainer in "Million Dollar Baby"; and Don Cheadle for "Hotel Rwanda," starring as hotel manager Paul Rusesabagina, who sheltered refugees from the Rwandan genocide.

The best-actress category presents a rematch of the 1999 showdown, when underdog Swank won the Oscar for "Boys Don't Cry" over Annette Bening, who had been the front-runner for "American Beauty."

This time, Swank was nominated as a bullheaded boxing champ whose life takes a cruel twist in "Million Dollar Baby." Bening was chosen for "Being Julia," in which she plays an aging 1930s stage diva exacting wickedly comic revenge on the men in her life and a young rival.

Both actresses won Golden Globes for the roles, Swank for best dramatic actress, Bening for actress in a musical or comedy.

"I knew when I read the script that it was special. It was a rare find," said Swank, whose career had languished somewhat since her Oscar win for "Boys Don't Cry." "It was the best experience I've had in my career to date."

Also nominated for the best-actress Oscar: Catalina Sandino Moreno as a Colombian woman imperiled when she signs on to smuggle heroin in "Maria Full of Grace"; Imelda Staunton as a saintly housekeeper in 1950s Britain who performs illegal abortions on the side in "Vera Drake"; and Kate Winslet as a woman who has had memories of her ex-boyfriend erased in "Eternal Sunshine of the Spotless Mind."

Joining Eastwood and Scorsese among directing nominees were Taylor Hackford for "Ray"; Mike Leigh for "Vera Drake"; and Alexander Payne for "Sideways."

Scorsese, arguably the most prominent modern filmmaker who has never won an Oscar, also has never delivered a best-picture winner. Considered a nominal best-picture favorite, "The Aviator" offers him a shot to finally triumph on Oscar night, though Eastwood's "Million Dollar Baby" is a formidable competitor.

"Bringing `The Aviator' to the screen took years of effort by an extraordinary group of individuals, and I am thrilled that so many of the people who poured their heart into the film have been recognized by the academy," Scorsese said.

"The Aviator" won the Golden Globe for best-dramatic film, but Eastwood beat out Scorsese for the directing prize at the Globes. Eastwood is a past Oscar winner for best picture and director with 1992's "Unforgiven."

Along with Foxx in "Collateral," Alda was nominated for supporting actor as a senator tussling with Hughes in "The Aviator" while Freeman was picked as a worldly-wise ex-boxer in "Million Dollar Baby." The other nominees: Thomas Haden Church as a bridegroom out for a final fling in "Sideways" and Clive Owen as a coarse lover in the sex drama "Closer."

For supporting actress, academy voters picked Blanchett, who plays Katharine Hepburn in "The Aviator"; Laura Linney as the title character's sexually adventurous wife in "Kinsey"; Virginia Madsen as a deceived lover in "Sideways"; Sophie Okonedo as innkeeper Rusesabagina's wife in "Hotel Rwanda"; and Natalie Portman as a gutsy stripper in "Closer."

"This is, like, crazy. My mom called and said, `I'm so proud of you. I can't believe it,"' said Portman, who won the supporting-actress Golden Globe for "Closer." "I ask, how did I get so lucky to have an amazing experience -- have a film I'm really proud of -- and then also get recognized by our own community?"

It was the best year ever for black performers, who had five of the 20 acting nominations. The most previously was three, including the 2001 Oscars when Halle Berry and Denzel Washington both won the lead acting prizes.

"Sideways" star Paul Giamatti was overlooked for a nomination, a surprise given that he had been a contender for most previous film honors.

"Knowing Paul, he's probably relieved," said co-star Madsen, who earned her first Oscar nomination. "He really doesn't care about any of this. He's a working actor. He just wants to go home after work to his wife and son."

Liam Neeson, who had the title role in "Kinsey," also missed out, as did the movie, which had been considered a best-picture contender.

Mel Gibson's religious blockbuster "The Passion of the Christ" missed out on main categories, but did pick up nominations for cinematography, makeup and original score.

Michael Moore's gamble to hold his hit film "Fahrenheit 9/11" out of the documentary category -- to boost its best-picture prospects -- backfired. The movie was shut out across the board. Moore won the documentary prize two years ago for "Bowling for Columbine."

Morgan Spurlock's "Super Size Me," which hilariously chronicles his monthlong feeding frenzy on an all-McDonald's diet, was among the documentary nominees. Also nominated: "Born Into Brothels," "The Story of the Weeping Camel," "Tupac: Resurrection," and "Twist of Faith."

With its epic scope and dazzling re-creation of early Hollywood, Scorsese's "The Aviator" could claim the inside track as front-runner for best picture. The film won the Golden Globe for best dramatic picture.

Yet unlike last year, when "The Lord of the Rings: The Return of the King" went in as the odds-on favorite and swept all 11 of its categories come Oscar night, the outcome is more uncertain this time.

The fairy-tale comedy "Shrek 2" and the superhero adventure "The Incredibles" will duke it out for the animated feature film Oscar, along with the undersea romp "Shark Tale."

Nominated for foreign-language film were Sweden's "As It Is in Heaven," France's "The Chorus," Germany's "Downfall," Spain's "The Sea Inside" and South Africa's "Yesterday."

Nominees in most categories are chosen by specific branches of the Academy of Motion Picture Arts and Sciences, such as directors, actors and writers. The full academy membership of about 5,800 is eligible to vote in all categories for the Oscars themselves.

ABC will broadcast the Oscars live Feb. 27 from Hollywood's Kodak Theatre. Chris Rock is the show's host, the first time since 1996 that either Billy Crystal, Whoopi Goldberg or Steve Martin has not been master of ceremonies. 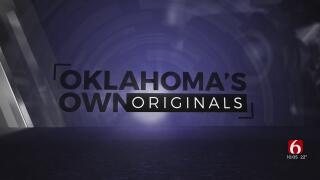 Brian Dorman The pandemic has hit a lot of industries hard, including the construction industry. The Home Builders Association of Greater Tulsa told News On 6, because of increase in the price of materials, a worker shortage, and supply chain issues, many homebuilders have had to raise the cost of homes. 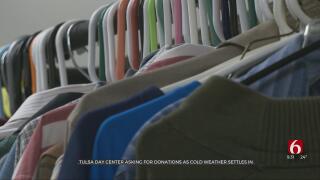 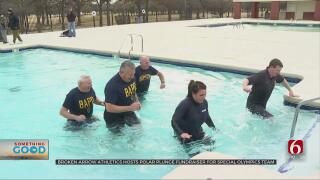 News On 6 People in Broken Arrow braved this cold snap of weather to help out with a good cause. The school's athletic department hosted it's annual "Freezin' For A Reason" fundraiser. 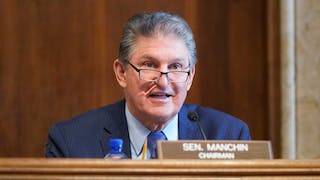 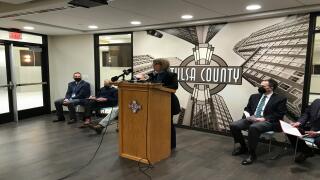 Federal Funding To Pay For Improvements To Tulsa Levee System

Jordan Tidwell More than $130 million from the federal government will fix the Tulsa levee system. That levee system protects 65,000 acres of property and more than 10,000 people.
View More Stories