In a decision that could signal the start of a spirited campaign, jailed Palestinian uprising leader Marwan Barghouti will run for the presidency of the Palestinian Authority in the elections, a person close to Barghouti said Saturday. Many analysts believe Barghouti would have the best chance of unifying disparate Palestinian factions, reining in violence and possibly restarting peace efforts with Israel.

However, Barghouti currently is serving multiple life terms in an Israeli prison after being convicted of involvement in attacks that killed four Israelis and a Greek monk.

``He will remain in prison for the rest of his life, because he's a murderer, because he's responsible for the killing of so many'' innocent people, Shalom said Thursday.

Arafat was buried Friday in the compound where he spent his last years as a virtual prisoner. He was seen off in a chaotic outpouring of grief as the man who embodied the Palestinian people's dream of statehood.

On Saturday, Palestinian Prime Minister Ahmed Qureia prayed at Arafat's marble and stone tomb with former Prime Minister Mahmoud Abbas, the newly elected head of the PLO. The two men, who appear to be working out a split leadership arrangement, walked away from the tomb arm in arm.

French Foreign Minister Michel Barnier told Europe-1 radio Saturday that an independent Palestinian state should be created as soon as possible, even with ``temporary'' borders, and he called on the United States and Europe to work urgently toward brokering Middle East peace.

``I'm saying to the American administration, to President Bush, to the Israelis and to the whole world, 'Now is the period where we should be more serious,''' he said. ``If we are determined to do it, we can do it in a very short time.''

A senior Palestinian aide, Yasser Abed Rabbo, said Saturday that Palestinian leaders were committed to holding a vote to replace Arafat within two months, as required by Palestinian law. Some officials had toyed with allowing parliament to choose a leader.

Bush said he hoped Arafat's successor would embrace the notion of a democratic state.

``I'd like to see it done in four years,'' Bush said, referring to the length of his second term. ``I think it is possible.''

Palestinian Cabinet Minister Saeb Erekat appealed to Bush to ``make sure we have free and fair presidential elections in 60 days.''

``If elections are obstructed by Israeli occupation, this will be the path of more chaos,'' he said. ``We have a historic moment, Mr. President. Seize it.''

Palestinian Foreign Minister Nabil Shaath welcomed Bush's ``willingness to invest more time and more authority and more influence in getting this peace process back.'' He told reporters: ``I don't think we need three or four years.''

Shaath confirmed that Secretary of State Colin Powell will visit the region to meet with Palestinian leaders. He did not say when.

Palestinian leaders promised to honor the democratic process as they tried to fill the void left by the death of the man who directed their cause for four decades.

The election campaign likely will pit the young guard of the Palestinian activists, represented by Barghouti, against the older politicians, who likely will support Abbas, the interim leader.

He once had close ties to Israeli peace activists, but after the outbreak of Israeli-Palestinian fighting four years ago, he said force _ including shooting attacks on Israelis _ was justified to end Israel's occupation of the West Bank and Gaza Strip.

Palestinian leaders signaled their determination to ensure a smooth transition by quickly electing Abbas to head the Palestine Liberation Organization, the most powerful of Arafat's three posts.

Rauhi Fattouh, a virtual unknown, was sworn in as temporary president of the Palestinian Authority, the self-ruling power in the West Bank and Gaza Strip. He will serve as president until elections are held.

Arafat's frenzied burial took place at his headquarters in the West Bank city of Ramallah, where Israel kept him under siege for nearly three years. Police firing guns in the air failed to restore order as thousands of mourners rushed toward the coffin.

It contrasted sharply with the military funeral held earlier in Cairo, Egypt, where the only outburst of emotion was the quiet weeping of Arafat's 9-year-old daughter, Zahwa, who stood beside her mother, Suha.

Where that service gave foreign dignitaries an opportunity to bid a formal farewell to the 75-year-old Palestinian leader, his burial in Ramallah allowed the Palestinian masses to pay their last respects.

``Everyone wanted to carry the coffin, to touch it, to say goodbye to the president,'' said Ahmed Tirawi, 22, a West Bank villager. 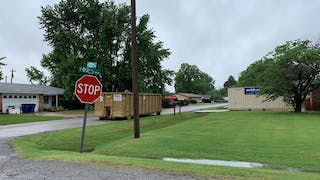 Matt Rahn A flood advisory for the City of Bixby has people there worried about all this rain. Some of them are still cleaning up from flooding that happened earlier this month. "May ought to be National Tulsa Flood Month, because '84, '86, 2010, 2015, 2019, 2022, that's when it floods," says Emmett Beasley. 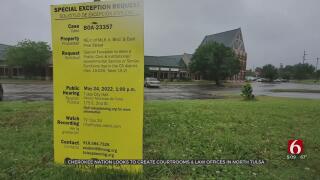 Emory Bryan The Cherokee Nation wants to buy a Tulsa office complex to create courtrooms and office space for tribal prosecutors. It’s part of the effort by the tribe to have justice centers throughout their 14 county nations in Eastern Oklahoma. The site at North Pointe, 205 East Pine, would be the first location in Tulsa County. 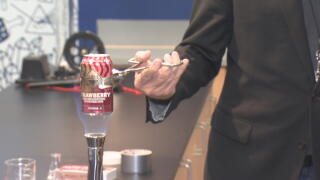 Meredith McCown Discovery Lab at Gathering Place is giving kids some explosive science lessons. Chip Lindsey is the Director of Education at the Discovery Lab. 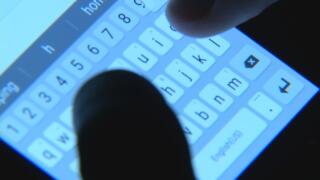 Reagan Ledbetter Tulsa County Deputies arrest six men in the last month accused of messaging who they thought was a 14-year-old girl to have sex, but was actually an undercover deputy.

Associated Press Social media has had a rough 2022 with lingering questions about advertising spending, political ads and a $44 billion takeover of Twitter that may or may not be happening, depending on which Elon Musk tweet you read. 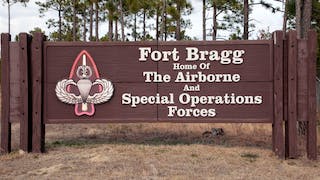 Associated Press The recommendations are the latest step in a broader effort by the military to confront racial injustice, most recently in the aftermath of the May 2020 police killing of George Floyd in Minneapolis.
View More Stories