The storm flooded people out of their homes in the middle of the night in West Virginia and trapped others. Some New Jersey shore residents evacuated, and officials in Connecticut urged some residents along the Long Island Sound to do the same. Inland areas from eastern New York to Maine faced a threat of heavy snow.

One person was killed in South Carolina as dozens of mobile homes were destroyed or damaged by wind, and two died in car accidents _ one in New York and one in Connecticut. The storm system already had been blamed for five deaths on Friday in Kansas and Texas.

Storm warnings and watches were posted all along the East Coast, with coastal flood watches from Maryland to Maine through at least Monday morning.

More than 5.5 inches of rain fell in the New York region Sunday, shattering the record for the date of 1.8 inches set in 1906, according to the National Weather Service. Weather service meteorologist Gary Conte said Sunday night's high tide was likely to bring coastal flooding on Long Island and in parts of New York City.

About 5 inches of rain fell in southwestern Connecticut, where flooding closed a section of Interstate 95 for about an hour. But Connecticut's emergency management commissioner, James Thomas, was expecting most of the problems to come Sunday night with the high tide.

``We are prepared to deliver sandbags, assist with an evacuation, or whatever we need to do,'' Thomas said. ``We're kind of all sitting back, getting prepared and hoping it doesn't get as bad as it has been in different parts of the country.''

At least three tornadoes touched down in South Carolina on Sunday morning. The most destructive cut a 14-mile long, 300-yard-wide swath through Sumter County in the central part of the state, killing a woman who was thrown from her mobile home and seriously injuring four other people.

Dozens of mobile homes were destroyed or knocked off their foundations, said Robert Baker Jr., director for the Sumter County Emergency Management Agency.

``I just woke up and couldn't move,'' said Kristin Watts, 40, who was trapped under a sofa and television set in what was left of her mobile home. A neighbor pulled her out.

In New York, flooding stalled traffic along parkways and forced residents in at least one Queens neighborhood to paddle through streets in boats. In the coastal Seagate section of Brooklyn, which suffered major flooding in a December 1992 nor'easter, residents placed sandbags in the streets.

``Everybody remembers that (1992 storm),'' resident Jose Serrano said. ``Everybody's home got ruined. Some houses got underwater. It was up to your stomach.''

Airlines canceled more than 400 flights at the New York area's three major airports, said Steve Coleman, a spokesman for the Port Authority of New York and New Jersey. Kennedy Airport, on the wind-exposed south side of Long Island, had sustained wind of 30 to 35 mph with gusts to 48 mph, Conte said.

Fire Island Ferries suspended service to the island, off the south shore of Long Island, and the Metro-North Railroad suspended service on its Harlem and New Haven lines for several hours because of flooding in the Mott Haven section of the Bronx.

The Coast Guard had warned mariners to head for port because wind up to 55 mph was expected to generate seas up to 20 feet high, Petty Officer Etta Smith said in Boston.

The storm caused flash flooding in the mountains of southern West Virginia, where emergency services personnel rescued nearly two dozen people from homes and cars in Logan and Boone counties early Sunday. Two people were unaccounted for and others were trapped in their homes.

``Our houses sit in the middle of the hill, and it's all around us. I'm surrounded, it's like a lake completely around us,'' said Samantha Walker, 29, who was visiting her grandmother in Matheny. ``We can't get out even if we wanted to get out.''

The storm forced the postponement of six major league baseball games Sunday _ the most in a single day in a decade _ and gave runners in Monday's Boston Marathon something to worry about besides Heartbreak Hill. The race-day forecast called for 3 to 5 inches of rain, start temperatures in the 30s and wind gusts of up to 25 mph.

Heavy rain and thunderstorms extended from Florida up the coast to New England on Sunday. Wind gusted to 71 mph at Charleston, S.C., the weather service said.

Major flooding was forecast in parts of eastern and central Pennsylvania, where some rivers already were above flood state Sunday night.

In New Jersey, 16 roadways throughout the state were either partially or fully closed and traffic lights were malfunctioning in some areas, Kris Kolluri, state Transportation Commissioner, said late Sunday afternoon.

Some residents of low-lying areas along the New Jersey shore packed up to leave.

``This is going to be bad,'' Shaun Rheinheimer said as he moved furniture to higher spots at his house on New Jersey's Cedar Bonnet Island.

Rain dumped 3 inches on eastern Kentucky, where a 50-foot section of highway collapsed near Pikeville, said State Police Sgt. Jamey Kidd. No vehicles were caught by the collapse, he said.

In central Florida, a tornado damaged mobile homes in Dundee but no injuries were reported, police said. 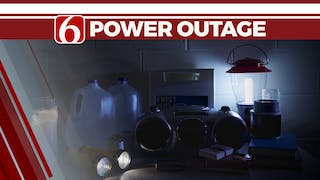 News On 6 The Vinita Fire Department says all four lanes of Highway 60, west of Vinita, from 69 South Junction to 60 Junction are closed after high winds knocked down some transmission lines onto the highway for about 2 miles. 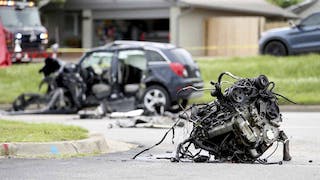 Associated Press Nearly 43,000 people were killed on U.S. roads last year, the highest number in 16 years as Americans returned to the roads after the coronavirus pandemic forced many to stay at home. 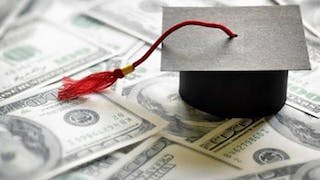 CBS News Borrowing to pay for college is about to get more expensive – despite the push for the Biden administration to cancel billions of dollars in debt for millions of student loan borrowers. That's because the interest rates on federal student loans are set to go up on July 1. 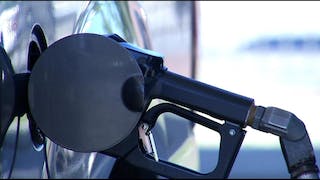 CBS News Motorists are facing a new — and unwelcome — milestone: The price of gasoline is now at least $4 per gallon in every U.S. state, a first for the nation, according to AAA. 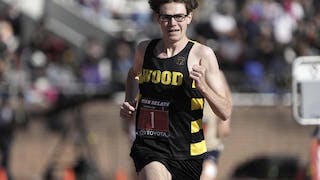 CBS News A high school senior has broken a track and field record set in 1965 by running a sub-4 minute mile during a high school race, without a pacer. Gary Martin has gotten extremely close to breaking this record during other track meets this year, but at the Pennsylvania Catholic League Championship (PCL) on Monday, he finally ran a mile in 3:57:98. 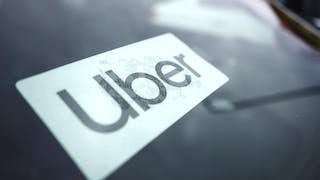 CBS News Just ahead of summer, Uber plans on rolling out an array of new features for customers — including party bus booking options, robot food deliveries and new travel accommodations, according to the company's CEO Dara Khosrowshahi.
View More Stories