WASHINGTON (AP) President Bush is deciding whether to lift a ban on oil and gas drilling in federal waters off Alaska's Bristol Bay, home to endangered whales and sea lions and the world's largest sockeye salmon run.

Leasing in a portion of area rich in oil and natural gas ended nearly two decades ago, while Bush's father was president, in the outcry after the Exxon Valdez oil spill in 1989.

Environmentalists oppose drilling there because of the potential for oil spills and harm to wildlife. They have speculated in recent days that Bush might allow such drilling before Democrats regain control of Congress in January.

``If the Bush administration decides to allow drilling in Bristol Bay, it will simply illustrate the level to which they will sink to satisfy Big Oil,'' Carl Pope, the Sierra Club's executive director, said Saturday. ``They are willing to risk a valuable, renewable resource like Bristol Bay's salmon fisheries for limited, shortsighted drilling plans.''

The Minerals Management Service said in its August proposal that reopening energy development in the basin's federal waters, extending between three miles and 200 miles offshore, could produce $7.7 billion in oil and gas production and up to 11,500 jobs.


Some 200 million barrels of crude oil, about what the U.S. imports every 16 days, are thought to be there. The agency estimates the region could yield 5 trillion cubic feet of natural gas, a quarter of all U.S. annual production.

Fourteen companies are said to be interested. The agency cited support among more than a dozen local and tribal governments nearby who believe the drilling would boost their economy. Lease payments go to the government.

Despite its fame among fishermen for its rich stocks of salmon, king crab and other seafood, the Bristol Bay fishing region has lost hundreds of millions of dollars over the past decade because of competition from less expensive farmed salmon.

Alaska Native villages also depend on the annual sockeye and chinook salmon runs for protein in their diet.

The commercial fishing industry has plunged into a depression, giving more support to Royal Dutch Shell PLC and other oil companies that have lobbied the White House to lift the offshore drilling ban.

Environmentalists worry about the large populations of migratory seabirds and crab, the imperiled Steller's sea lions and northern sea otters, or the North Pacific right whales, a population so decimated only about 100 are thought to still exist.

The Minerals Management Service said accidental spills could foul coastal water quality, and the noise and pollution from more ship traffic could disturb or kill seagoing creatures. It said even a large spill probably would harm a small portion of the fish populations, but could pose a serious threat to marine mammals.

The Bering Sea Fishermen's Association raised alarms about protecting the region, as did the Yukon River Drainage Fisheries Association, which said the drilling would threaten the salmon runs.

On Friday, more than 30 people representing fishermen, native Alaskans and conservationists wrote Bush urging him not to lift the ban.

``These protections have been in place because of the great risk to Bristol Bay posed by oil and gas development,'' wrote representatives of the Alaska Longline Fishermen's Association, Alaska Wilderness League, Sierra Club, World Wildlife Fund and others. ``The presidential withdrawal now stands as the last line of defense for this irreplaceable resource.''

The southwest segment of Bristol Bay was last open for lease sales in 1988 when the federal government collected more than $95 million. The government bought back the leases after the Exxon Valdez coated Prince William Sound and the waters of south-central Alaska with 11 million gallons of crude.

Congressional protections put on the area in 1989 were lifted in 2003 at the behest of Sen. Ted Stevens, R-Alaska, who said he had been acting at the request of constituents in the region.

Environmental groups said they are confident the new Democratic-controlled Congress would work to restore congressional protections on Bristol Bay. 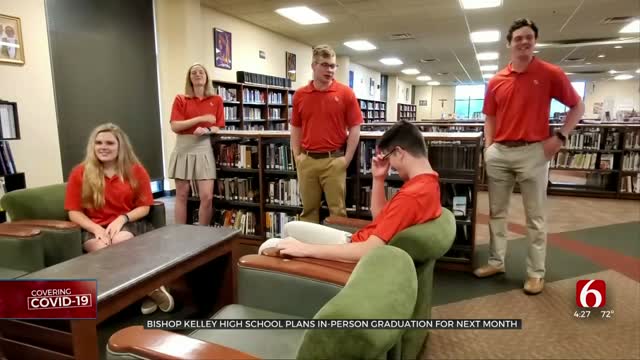 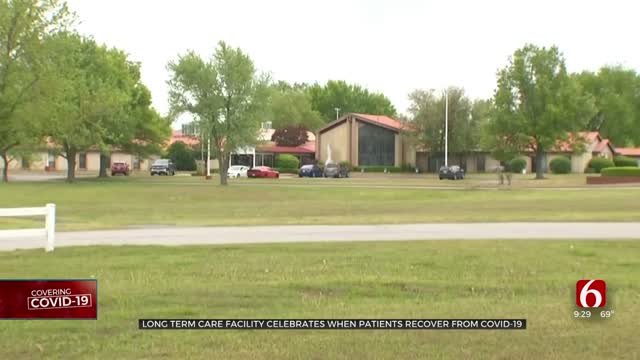 Erick Payne More than half of the 322 COVID-19 related deaths in Oklahoma have happened in long-term care centers. 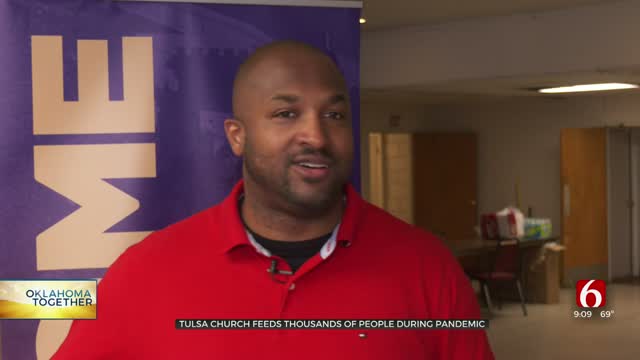 Kristen Weaver A downtown Tulsa church is taking its ministry to a new level to serve thousands of meals to people in need.
View More Stories

Erick Payne More than half of the 322 COVID-19 related deaths in Oklahoma have happened in long-term care centers.

Kristen Weaver A downtown Tulsa church is taking its ministry to a new level to serve thousands of meals to people in need.
View More Stories