JERUSALEM (AP) _ Israeli Prime Minister Ehud Olmert, seeking to build on shaky cease-fire with the Palestinians, offered Monday to reduce checkpoints, release frozen funds, and free prisoners in exchange for a serious push for peace by the Palestinians.

In what was billed as a major policy speech, Olmert also said Israel would also pull out of the West Bank and uproot settlements under a final peace deal.

``I hold out my hand in peace to our Palestinian neighbors in the hope that it won't be returned empty,'' Olmert said.

``We cannot change the past and we will not be able to bring back the victims on both sides of the borders,'' he said. ``All that we can do today is stop additional tragedies.''

His offer to restart long-stalled peace talks came a day after the two sides began observing a cease-fire in the Gaza Strip, ending five months of widespread violence in the coastal area and raising hopes that the truce would lead to new peace efforts.

Olmert's speech also raised the diplomatic stakes ahead of a visit to the region by President Bush.

Olmert said that if the Palestinians establish a new, moderate Cabinet committed to carrying out the U.S.-backed ``road map'' peace plan and securing the release of a captured Israeli soldier, then he would call for an immediate meeting with Palestinian President Mahmoud Abbas ``to have a real, open, honest, serious dialogue.''

Israeli officials denied the possibility of a summit between Abbas and Olmert on the sidelines of Bush's visit to neighboring Jordan later this week. Olmert spokeswoman Miri Eisin said the sides were discussing when the leaders would meet, but no date had been set.

Palestinian legislator Saeb Erekat, a top aide to Abbas, head of the moderate Fatah Party, said the Palestinians were ready to negotiate a final peace deal.

``I believe Mr. Olmert knows he has a partner, and that is President Abbas. He knows that to achieve peace and security for all, we need to shoot for the end game,'' Erekat said.

But the Palestinian Cabinet, led by the militant Hamas group, said it was suspicious of Olmert's outreach.

``This is a conspiracy. This is a new maneuver. Olmert is speaking about the Palestinian state without giving details about the borders,'' said Ghazi Hamad, a government spokesman.

Relations between Israel and the Palestinians, already shaky after more than five years of fighting, further plummeted in January when Hamas won Palestinian parliamentary elections.

Israel cut off ties with the Hamas-led Cabinet and froze the transfer of hundreds of millions of dollars to their government to try to pressure the Islamic group to recognize Israel and renounce violence.

Tensions exploded in June when Hamas-linked militants captured an Israeli soldier in a cross-border raid, sparking a widescale Israeli offensive in Gaza that killed more than 300 Palestinians, scores of them civilians. Five Israelis have also been killed in the violence.

Despite the offensive, Palestinian militants insisted they would not release Cpl. Gilad Shalit unless Israel freed hundreds of Palestinian prisoners. Israel publicly rejected the demand, leaving the two sides in a violent stalemate.

But Olmert's agreement late Saturday with Abbas to implement a cease-fire in Gaza, stirred hopes that further deals could follow.

Those hopes clouded Monday when Israeli troops shot and killed a militant affiliated with the Popular Resistance Committees in a raid in the West Bank town of Qabatiya. The troops also killed a woman who tried to run off with the dead man's weapon, the army said.

The killings raised concerns of a violent response from Gaza.

``We warn the world that if the Zionist aggression in the West Bank doesn't stop, this truce will collapse,'' said Abu Mujahed, the spokesman for the Popular Resistance Committees, a group responsible for many of the rocket attacks on Israel.

Erekat said he was working with the Israelis to expand the cease-fire to the West Bank and hoped to have an agreement in the coming days.

Israeli officials said they would wait to see what happens in Gaza first.

``If the cease-fire in Gaza works, I hope it will be possible to transfer that more positive reality to the West Bank as well,'' Foreign Ministry spokesman Mark Regev said.

He had been elected in March on a call to unilaterally pull out of large parts of the West Bank and draw Israel's final borders by 2010. But he abandoned that plan after Israel's war over the summer with Hezbollah guerrillas in Lebanon, a battle many blamed on unresolved issues from Israel's unilateral pullout from that territory six years earlier.

Now, Olmert is trying entice the Palestinians back to the negotiating table, saying they stand at a ``historic crossroads,'' and outlining Israel's likely concessions under any peace deal.

``We, the state of Israel, will agree to the evacuation of many territories and the settlements that we built there. This is extremely difficult for us, like the splitting of the Red Sea. We will do it for real peace,'' he said.

Israel will also ease the checkpoints across the West Bank, improve the border terminals in Gaza, release the frozen money to the Palestinians and help develop a plan to rehabilitate their crippled economy

In exchange, Olmert said Palestinians would have to renounce violence, recognize Israel's right to live in peace and security and give up their demands to allow refugees from the 1948 Mideast War to return to their homes in what is now Israel.

``The uncompromising extremism of your terror organizations ... hasn't brought you closer to achieving the goal that I'm convinced many of you share _ to establish a Palestinian state,'' he said.

Hamad said the Palestinians would not abandon the fight for refugees.

``The Palestinians cannot give up on the issue of the refugees. It is something approved by U.N. resolutions and it is a main part of the Palestinian cause,'' he said. 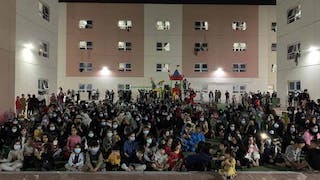 CBS News Fatima's application to enter the U.S. on humanitarian grounds has been pending for her entire life. 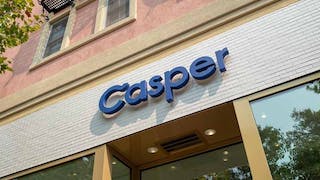 CBS News At online mattress company Casper, sleeping on the job is encouraged. 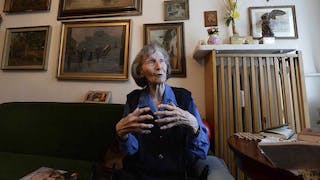 Associated Press Zofia Posmysz, a Polish World War II-era resistance fighter who survived the Auschwitz and Ravensbrück concentration camps and later became a journalist and novelist, has died at 98. 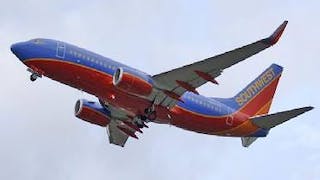 Associated Press A Southwest Airlines flight attendant suffered a compression fracture to a vertebra in her upper back during a hard landing last month in California, according to federal safety investigators. 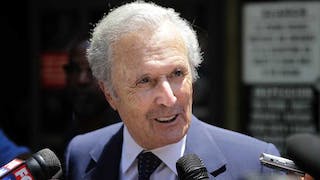 Associated Press Bert Fields, for decades the go-to lawyer for Hollywood A-listers including Tom Cruise, Michael Jackson, George Lucas and the Beatles, and a character as colorful as many of his clients, has died at age 93. 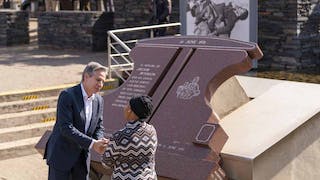 US Secretary Of State Blinken In South Africa On Africa Tour