Members of the Phalange Party and hundreds of villagers walked past the coffin of Pierre Gemayel and paid condolences to his father, former President Amin Gemayel, in the family's home in this mountain town.

Pierre Gemayel, the minister of industry, was killed Tuesday when two cars blocked his vehicle at an intersection in the suburbs of Beirut and an assassin shot him numerous times through a side window.

His killing _ the fifth murder of an anti-Syrian figure in Lebanon in two years _ immediately drew condemnation from all quarters.

The United States denounced the assassination as an act of terrorism. President Bush accused Syria and Iran of trying to undermine Lebanon's government, but stopped short of blaming them for the killing. Syria, too, condemned the assassination and denied any role in it.

In Vatican City, Pope Benedict XVI condemned the killing as a ``brutal attack'' and said he was close to the victim's family and to the ``beloved Lebanese people.''

``In the face of the dark forces that try to destroy the country, I call on all Lebanese not to be overwhelmed by hatred, but to strengthen national unity, justice and reconciliation and work together to build a future of peace,'' Benedict told pilgrims in St. Peter's Square for his weekly audience.

The tension has generated fears of a return to the sectarian strife that tore the nation apart in the 1975-90 civil war. Lebanese politicians struggled to pull the country from the brink, urging calm and unity.

There were calls for revenge among supporters, shouts that were put down by Amin Gemayel, who urged restraint in a call echoed by the Maronite Catholic Church. Nevertheless, there were sporadic cases of violence such as burning tires, wrecking vehicles and attacking offices of rival parties.

During the 1975-90 civil war, such a killing would have triggered mass sectarian retaliation. The war was sparked when a bodyguard of the late grandfather of Pierre Gemayel was killed in an assassination attempt against the leader, prompting Phalangist gunmen to attack a busload of Palestinian refugees.

``I tell the Lebanese that today is the time for them to unite or else all of Lebanon will lose,'' Lahoud said in a TV address late Tuesday, when he announced the cancellation of Independence Day ceremonies.

``We will do the impossible to uncover the criminals because they are against all the Lebanese,'' Lahoud said.

Prime Minister Fuad Saniora also went on TV to appeal for unity and warn that Lebanon was facing ``sedition.''

Schools and shops were closed and traffic was light Wednesday morning as Gemayel's coffin, draped in the flag of his Phalange Party, was driven up to the mountains for mourning ceremonies at the family home before the funeral, scheduled for Thursday.

Motorists waving the Phalange Party flag _ white with a green cedar tree in the middle _ followed the hearse. The cortege stopped at the entrance of Bikfaya where, next to a statue of Pierre's grandfather, pallbearers lifted the casket on to their shoulders and carried it to the stone-walled house.

Supporters jolted the coffin in a traditional expression of extreme anguish as it passed through hundreds of mourners, many of whom were weeping.

Anti-Syrian factions allied with the Phalange Party have planned a huge turnout for Thursday's funeral in central Beirut, intending to show their strength as they wage a power struggle against Hezbollah and other pro-Syrian parties.

Hezbollah and its Shiite Muslim allies have challenged the Sunni-Muslim backed prime minister, threatening to call mass demonstrations to bring down the government unless they receive effective veto powers in the Cabinet.

In his TV address, Saniora linked Gemayel's slaying to the issue that sparked the crisis with Hezbollah: a plan for an international court, just approved by the U.N. Security Council, to try suspects in the Hariri assassination. He said Lebanese should rally behind the government's backing for such a court.

Saniora's government is dominated by opponents of Syria.

Washington sees Lebanon as a key front in its attempts to isolate Syria and Iran. After the assassination, Bush underlined his support for ``the Saniora government and its democracy, and we support the Lebanese people's desire to live in peace.''

The draft document creating the international court to try suspects in the Hariri murder, in which an U.N. investigation has implicated several Syrian officials, now goes to the Lebanese government for final approval.

Six members from Hezbollah and its allies quit Saniora's 24-member Cabinet earlier this month before it gave its backing to the court, sparking the political crisis. The draft of the international tribunal also says that if political assassinations were found linked to Hariri's murder the court will have jurisdiction to try suspects in those attacks as well. 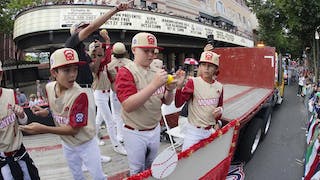 Associated Press A 12-year-old Little League World Series player from Utah was in critical condition Tuesday with what his family said was a head injury suffered when he fell off the top bunk of his bed at the dormitory complex. 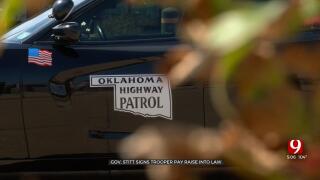 Brittany Toolis Governor Stitt signed a pay raise into law and announced a new partnership to get more troopers on Oklahoma roads. 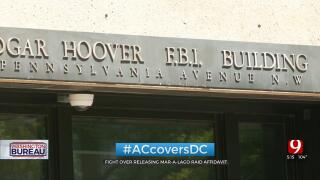 Alex Cameron Federal prosecutors are fighting efforts to unseal the affidavit they used to justify the search of former president Trump’s Florida estate last week. Meanwhile, the FBI said it's fighting ongoing harassment from Trump supporters over its role in the search. 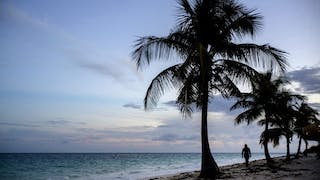 CBS News Police in the Bahamas are investigating the death of an American tourist in a resort located on the same island where three people died of carbon monoxide poisoning in May. 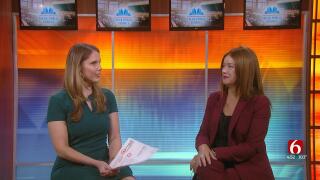 News On 6 Tuesday afternoon, Tulsa Public Schools Superintendent Dr. Deborah Gist joined the 4 p.m. newscast to discuss what students and parents need to know before going back on Thursday. 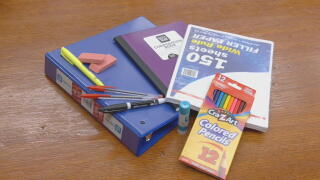 News On 6 Students across Green Country are heading back to school, and one ministry is helping by giving out free school supplies.
View More Stories