Jeff Weaver dominated, David Eckstein drove in two runs on balls that didn't leave the infield and the Cards took advantage of another wild throw by a Tigers pitcher to beat Detroit 4-2 on Friday night and won the Series in five games.

``I think we shocked the world,'' Cardinals center fielder Jim Edmonds said. ``It's an unbelievable experience.''

Manager Tony La Russa's Cardinals had just 83 regular-season wins, the fewest by a World Series winner, and nearly missed the playoffs after a late-season slump. But the Cardinals beat San Diego and the New York Mets in the playoffs, then won their first title since 1982 by taming a heavily favored Tigers team that entered the Series with six days' rest.

After closer Adam Wainwright struck out Brandon Inge for the final out, the ballpark erupted. Wainwright raised his arms in triumph, catcher Yadier Molina ran to the mound and the pair bounced off toward second base, where they were joined by teammates running out from the dugout and the bullpen.

``I don't think anybody in uniform didn't do something in the postseason. Everyone did,'' said La Russa, whose uniform number _ 10 _ now matches the team's World Series titles. ``The defense was great. The pitching was great. Timely hitting. The best bench I've had in a long time. They just refused for us to lose.''

Minutes later fireworks filled the sky above the ballpark.

Eckstein, the 5-foot-7 shortstop who had four hits in Game 4, was the Series MVP.

On a cold Midwest night more suitable to football than baseball, the Tigers made two more errors, raising their Series total to eight _ three by Inge, the third baseman, and a record five by their pitchers. Eight of the 22 runs allowed by the Tigers were unearned, the most by a team since the 1956 New York Yankees against Brooklyn.

While the Tigers tossed the ball to the tarp, the Cardinals were mostly crisp, with the notable exception of right fielder Chris Duncan, who dropped a fly ball just before Sean Casey's two-run homer in the fourth put Detroit ahead 2-1.

St. Louis came right back to take a 3-2 lead in the bottom half as pitcher Justin Verlander threw away a ball for the second time in two starts, and Scott Rolen added a big run with a two-out RBI single in the seventh off reliever Fernando Rodney, extending his postseason hitting streak to 10 games.

It was the Cardinals' first title since 1982 and the first for the NL since the 2003 Florida Marlins. La Russa, who led the Oakland Athletics to a sweep in the earthquake-interrupted 1989 Bay Bridge Series, joined Sparky Anderson (Cincinnati and Detroit) as the only managers to win Series titles in each league.

It marked the first time since the 1912 Red Sox at Boston's Fenway Park that a team won the Series at home in a first-year ballpark. And the Cardinals (83-78) almost didn't even make it to the postseason. They had a seven-game NL Central lead with 12 to go but lost eight of nine before recovering to finish 1 1/2 games ahead of Houston, the defending NL champion.

``The team that wins a world championship is the team that played the best,'' La Russa said.

As the Tigers failed in their bid for their first title since 1984, their season ended with Kenny Rogers rested and ready with no place to pitch. Rogers, who threw 23 shutout innings in the postseason, was saved by manager Jim Leyland for a possible sixth game Saturday in Detroit.

Weaver, cast off by the Yankees three years ago after a World Series flop, allowed four hits in eight innings, matched his season high with nine strikeouts and walked one before Wainwright finished for the save. St. Louis pitchers held Detroit to a .205 average (33-for-161) over the five games.

Verlander gave up three runs _ one earned _ and three hits, recovering from early control problems to give the Tigers a decent effort.

After a daylong rain, the weather cleared about two hours before gametime. Still, it was 47 degrees when play began, and a brisk wind made it feel that much colder. But the wintry conditions didn't dampen the enthusiasm of the 46,638 mostly red-clad fans.

Verlander, throwing up to 100 mph, was wild in the first inning, walking the bases loaded and throwing two wild pitches. By his fourth batter, Jason Grilli was warming up in the bullpen, but Verlander escaped by the thinnest of margins, needing 35 pitches to get through the inning.

He walked Duncan with one out, threw a wild pitch, then walked Albert Pujols. With a 2-0 count on Edmonds, pitching coach Chuck Hernandez came to the mound. Edmonds fell behind 3-0, then flied out after Verlander worked the count full. Following another wild pitch, Verlander walked Rolen, and when he started Ronnie Belliard with a ball, catcher Ivan Rodriguez went to the mound.

After fouling off a 3-2 pitch, Belliard hit a grounder up the middle that Carlos Guillen just got to in time to make an off-balance throw to first, beating Belliard by less than a step as Casey scooped the ball on a bounce. Verlander yelled and whipped his arm across his body excitement.

But St. Louis went ahead in the second, after Molina looped a single to center leading off, took second on So Taguchi's bunt and third on Weaver's groundout. Eckstein hit a smash, and both the ball and a chunk of his bat headed toward third. Inge dived and grabbed the ball as it went over the base and then, even though he had plenty of time, rushed his throw. It bounced and went up the line as Molina scored. Eckstein was given a hit on the play and advanced on the bad throw by Inge.

Weaver held the Tigers to two hits in the first three innings. With one out in the fourth, Magglio Ordonez lofted a fly to right and Duncan, calling off center fielder Edmonds, allowed it to kick off his glove for a two-base error.

Casey sent the next pitch into the seats down the right-field line for a two-run homer that put Detroit ahead. Then it was the Tigers' turn to make a key mistake.

Molina and Taguchi singled with one out in the bottom half and Weaver bunted back to Verlander. He had an easy force at third, but sidearmed the ball and it bounced past Inge for an error that allowed Molina to score the tying run and left runners on second and third. Eckstein followed with a grounder to shortstop that drove in Taguchi for a 3-2 lead.

Duncan had another adventure in the fifth, letting Casey's catchable two-out fly drop behind him on the warning track for a double. But Weaver struck out Rodriguez on a checked swing.

Pujols turned in the niftiest play, sprawling to snare Placido Polanco's grounder to first leading off the seventh, then making a one-bounce throw from his back to Weaver covering the base. 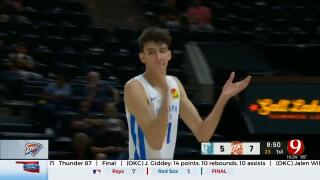 News On 6 After a dazzling effort Tuesday, Thunder guard Josh Giddey followed up with a 14-point, 10-rebound and 10-assist performance Wednesday in OKC's 87-71 win over Memphis. 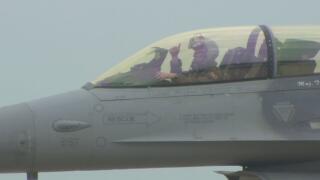 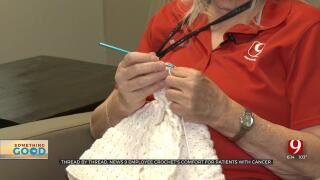 Mike Glover Deb McCurdy has been a beloved coworker for nine years working in our marketing department. McCurdy’s voice is often the patient voice viewers hear when they call the station. What we didn’t know is how special she is to people outside station walls. 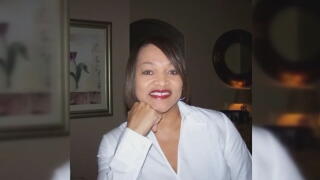 McKenzie Gladney Family and friends are speaking out after a woman was found dead in a Bixby home. 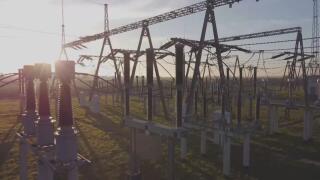 Grant Stephens Power companies are making plans to keep up, as people crank their air conditioning all the way up to beat the heat. 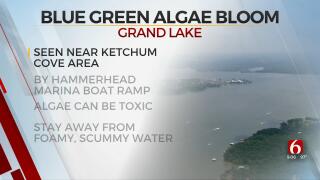 News On 6 A blue-green algae bloom has been found in the Ketchum Cove area of Grand Lake by the Grand River Dam Authority.
View More Stories