Helped by a slick surface, Eckstein delivered two key doubles Thursday night that gave St. Louis a firm grip on a Series that's quickly slipping away from the Tigers.

Eckstein's tiebreaking double glanced off the glove of a diving Monroe in the eighth inning, and the Cardinals capitalized on Detroit's sloppy defense for a 5-4 victory in Game 4.

``I just needed to find some holes,'' Eckstein said. ``It's nice to actually have a little luck involved.''

After Curtis Granderson slipped in center trying for an earlier ball hit by Eckstein, rekindling memories of Curt Flood in the 1968 Series between these teams, St. Louis took a 3-1 lead to move within one win of its first championship in 24 years.

Jeff Weaver can wrap it up Friday night at Busch Stadium when he pitches against rookie Justin Verlander. Each lost his first start of the Series.

One word of caution, Cardinals rooters: St. Louis had a 3-1 lead in '68, too, before Detroit rallied to win behind lefty Mickey Lolich.

``We know the history and we know how good the Tigers are,'' La Russa said.

The decisive hit 38 years ago came when Flood, a Gold Glove center fielder, slipped on Jim Northrup's two-out, two-run triple off Cardinals ace Bob Gibson to break a scoreless tie in the seventh inning of Game 7 _ right across the street, where the old Busch Stadium stood.

``I knew that question would be asked,'' Tigers manager Jim Leyland said. ``But right now I'm not real interested in Curt Flood.''

This time, the 5-foot-7 Eckstein hit three doubles and a single as St. Louis overcame an early 3-0 deficit in a wild comeback and closed in on its 10th World Series title. The last team to squander a 3-1 Series lead, however, was the 1985 Cardinals against Kansas City.

After a rainout Wednesday night, only the second World Series washout in 20 years, showers were expected again Thursday. But the heavy stuff stayed away on a 53-degree night and much of the back-and-forth game was played in a light mist that obscured the Gateway Arch beyond center field.

The mist got heavier in the sixth, though, and the Tigers started to struggle with the elements.

With St. Louis trailing 3-2 in the seventh, Eckstein hit a drive to right-center that Granderson had in his sights before he slipped to the turf, kicking up a huge divot. The ball fell for an easy double.

``I went to plant my feet and they just went out from under me,'' Granderson said. ``It was just a freak thing. If I stand up, I catch it easily.

Pinch-hitter So Taguchi sacrificed, and reliever Fernando Rodney rushed an off-balance throw over the head of Placido Polanco covering at first base, allowing Eckstein to score.

``I didn't position myself the right way to pick up the ball and make the perfect throw,'' Rodney said. ``It just went badly out of my hand.''

It was the fourth error by a Tigers pitcher in four games, a record for one pitching staff in the World Series.

``Obviously, it was a little bit of a freak inning,'' Leyland said.

After an intentional walk to Albert Pujols and two strikeouts, Preston Wilson singled against Rodney to give St. Louis a 4-3 lead.

But Ivan Rodriguez opened the eighth with a double and Brandon Inge tied it with a double off rookie closer Adam Wainwright, who avoided further damage by striking out pinch-hitter Alexis Gomez and Granderson.

Miles moved up when strike three to Juan Encarnacion got past Rodriguez for a wild pitch, and Eckstein hit a drive to left-center.

Monroe sprinted to his left and laid out with a desperate dive, but the ball ticked off the tip of his glove. The left fielder lay prone on the grass as Miles scored the go-ahead run.

``I got a fastball and was able to get on top just enough, just barely out of the reach of Craig Monroe, who almost made one heck of a catch,'' Eckstein said.

Wainwright pitched a perfect ninth to end it, delighting another crowd that practically appeared dipped in Cardinal red.

The right-hander, sporting his full, dark beard, was quite a contrast to the boyish-looking Jeremy Bonderman, who made his Series debut for Detroit only two days shy of his 24th birthday.

Suppan allowed three runs in six innings. Bonderman, making his first start in 12 days, was staked to a three-run lead and was visibly steamed when he was pulled after 5 1-3 innings with the score 3-2. He slammed his glove and hat on the bench, knocking over a full cup, and kicked the ground.

Sean Casey hit his first postseason home run in the second, the first homer off Suppan this postseason. Rodriguez then singled, ending an 0-for-23 slump since Game 1 of the ALCS.

Granderson doubled to start the third, his first hit in 15 World Series at-bats, and scored on Casey's two-out single. Rodriguez's RBI single made it 3-0.

Eckstein hit a two-out RBI double in the third as La Russa yelled ``Yeah!'' and did a little spin in the corner of the dugout. Scott Rolen doubled in the fourth and scored on Molina's two-out double, cutting it to 3-2.

Associated Press R& B star R. Kelly faces the possibility of a quarter century or more in prison when he is sentenced Wednesday in a federal sex trafficking case in New York. 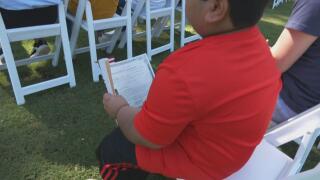 News On 6 More than 80 Children are set to take their oaths of allegiance to the United States in Tulsa's second Child Citizenship Ceremony. 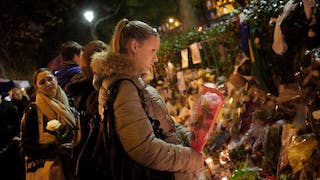 Associated Press Over the course of a nine-month trial, the lone survivor of the Islamic State extremist team that attacked Paris in 2015 has proclaimed his radicalism, wept, apologized to victims and pleaded with judges to forgive his “mistakes.”

News On 6 The race for the Oklahoma County DA has been narrowed, but not decided. 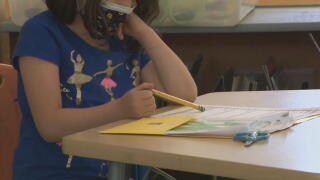 News On 6 Two Oklahoma Representatives are asking for a bipartisan study on school safety in the state. 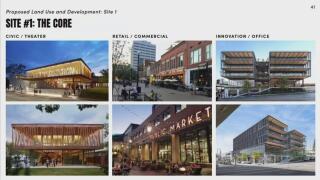 News On 6 A draft of the new Kirkpatrick Heights-Greenwood Master Plan has been unveiled.
View More Stories