He kept flailing at pitch after pitch as the New York Yankees lost to the Los Angeles Angels in the first round of last year's playoffs, going 2-for-15 with no RBIs in a putrid performance that prompted him to declare: ``I played like a dog.''

When Detroit's Nate Robertson takes the mound at Yankee Stadium for their best-of-five series opener Tuesday night, A-Rod _ baseball's wealthiest player _ will be in focus once again, with as many opinions offered on his worth as the dollars in his $252 million contract.

Booed for much of the season, Rodriguez has yet to make his October mark and has not come up with a defining hit that advanced the Yankees toward World Series title No. 27. After batting third or fourth for much of the season, the two-time MVP and 10-time All-Star was dropped to sixth in the lineup for Tuesday night's playoff opener. He had what was an off-year for him: a .290 average with 35 homers, 121 RBIs and 24 errors, most among AL third basemen.

Success in the Jeter-Williams-Rivera era _ World Series championships in 1996, 1998, 1999 and 2000 _ frames everything. While other teams celebrate pennants, division titles and even wild-card berths, when the Yankees add those to their collection, their fans respond like Peggy Lee singing: ``Is That All There Is?''

If they don't win it all, they might as well have not shown up.

``Winning four titles in five years makes it seem like it's not that difficult, and it really is difficult,'' said Mike Mussina, who joined the Yankees in 2001 after 10 seasons with the Baltimore Orioles. ``Everybody reacts differently to playing for this organization. Once you get through that and realize it is the same, realize that you do the same things between lines that you've always done, then everything is fine.''

Yankees manager Joe Torre recognizes that pressure is a constant on the Yankees _ whether players admit it or not.

``Pressure is part of what we do on a daily basis, especially when you wear this uniform. I don't know what (Rodriguez) is going to do, Torre said. ``I feel pretty confident that he'll be able to play baseball, and hopefully, that will be the centerpiece of everything.''

In 2004, it was Rodriguez's 2-for-17 performance in the final four games of the AL championship series loss to the Boston Red Sox that made headlines, not his hitting .421 with three doubles and a homer in the first-round series against the Twins.

Then came last year's wipeout against the Angels.

Comparisons were made with Dave Winfield, dubbed ``Mr. May'' by Yankees owner George Steinbrenner for his lack of production in the clutch.

As the Yankees prepared for the playoffs, Rodriguez didn't offer any insight other than postgame comments on that day's performance.

``I'm done talking,'' he said. ``Obviously, talking is not a good thing around here. I'm done sharing my thoughts.''

His silence followed a Sports Illustrated cover story in which some of his remarks were perceived by some as being critical of Mussina and Jason Giambi, who was quoted as saying Rodriguez didn't get enough big hits.

``Mussina doesn't get hammered at all,'' Rodriguez was quoted as saying. ``He's making a boatload of money. Giambi's making ($20.4 million), which is fine and dandy, but it seems those guys get a pass. When people write (bad things) about me, I don't know if it's (because) I'm good-looking, I'm biracial, I make the most money, I play on the most popular team.''

Torre says coming to New York has been an adjustment for Rodriguez. In the past three seasons, Torre said he thinks Rodriguez gradually has gotten used to being part of a lineup where he's surrounded by players who can get big hits, too.

Even so, the biggest and brightest spotlight is focused on A-Rod, a glare that lands him on the back pages of New York tabloids for both success and failure.

``At times I thought he was locked in. His swing looked like the old A-Rod,'' said Jeff Schugel, who prepared the Angels' scouting report last year and followed the Yankees this season. ``At times he was just long and had very little discipline. I think he battled in and out of grooves this year so much. And with all the media and all issues that were going on, who knows? Obviously, a trying year.''

The Yankees clubhouse also is unlike any other in baseball, with players usually outnumbered by media, who can create a suffocating feeling in which privacy vanishes until the doors close 45 minutes before gametime. Reporters mill inside, fearful of missing any development, and photographers and camera crews wait in the hallway outside, the dugout and foul territory during batting practice.

Add the extra hype of the playoffs, and players forget the routines that got them through the regular season.

For the Angels last year, the key was expanding A-Rod's strike zone.

``The key for him is strike one, quality strike one. And once you get ahead, I think that's true for most hitters, you can start expanding,'' Schugel said. ``I would say A-Rod, you don't want to let him get extended on a fastball. You can get him reaching a little bit on breaking stuff once you get ahead.

Torre said he thinks A-Rod so much wants to get the big hit that he almost doesn't want to walk.

``Alex, he understands how much we count on him. And the thing is, even if you talk to him and he looks around and understands that there are other people that can help him, he's so used to that conditioning,'' Torre said. ``Because when you look around on the clubs he's been (on), he's been the guy they pretty much counted on. He's been the guy that has hit in the middle of the lineup and the guy that you have to make the opposition pitch to, because if they get a chance, they're not going to let him beat them.'' 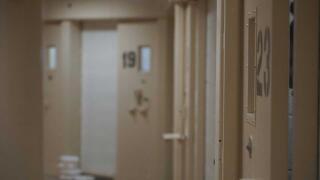 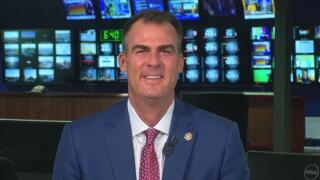 News On 6 Oklahoma Governor Kevin Stitt will face off against State Superintendent Joy Hofmeister in the November General Election. 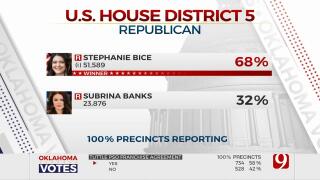 News 9 For Republicans vying for US House seats, here's how those races shaped up. 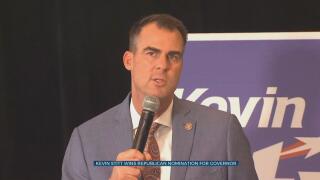