In announcements broadcast on all television stations, the military said it was banning all meetings by political parties and the creation of new parties. It said it was taking over the duties and responsibilities of parliament, which was dissolved when the coup leaders threw out the 1997 constitution.

The Thai ruling council has also imposed media restrictions, including stationing soldiers at television and radio stations, and ordering the information ministry to stop the distribution of information ``deemed harmful'' to its agenda.

The moves seemed likely to increase criticism from Western nations and human rights groups, which described Tuesday night's ouster of an elected but unpopular civilian government as a setback to democracy.

In a region where democracies are fragile in the best of times, the coup has also unleashed worries about nearby nations where political unrest is common. Political analysts said images of tanks rolling through Bangkok's streets sent an unfortunate message, but that the chances of a spillover effect appeared remote.

``At a time when many countries are struggling to consolidate their democracy, this is a bad example,'' and raises questions about stability in the region, said political analyst Dewi Fortuna Anwar of the Indonesian Institute of Sciences.

There was no challenge to the Thai military's authority from the ousted prime minister, Thaksin Shinawatra, who issued his first statement since the coup. The billionaire tycoon said from London that he planned to take a ``deserved rest'' from politics, and hoped to carry out ``possible charitable work for Thailand.''

The coup group empowered an auditor to investigate government corruption, which could lead to the confiscation of Thaksin's wealth. Analysts said that proving Thaksin's alleged corruption was necessary to legitimize the coup.

Pasuk Phongpaichit, one of Thailand's most respected political economists, alleged that corruption was ``blatant'' under the Thaksin government but said a coup was not the best way to handle it.

``A democratic country must have a constitution and adhere to the rule of law,'' she said. ``If the prime minister has done something wrong, he must be tried and he should be judged.''

Although Thaksin handily won three general elections, opponents accused him of emasculating democratic institutions, including packing the state Election Commission with cronies and stifling media that were once among Asia's freest.

Bottleneck traffic returned to the streets and Thais went back to work Thursday, with many in Bangkok describing the military takeover the most ``friendly'' coup this country has seen.

Aside from some soldiers on street corners and tanks at strategic points in and around the city, Thursday was like any other day in the congested Thai capital. Commuters crammed the subways, vendors lined shopping streets hawking handicrafts and grilled kebabs, shops were open and tourists were out.

``It feels like a normal day. Nothing is different,'' said Nuttawee Chotsawat, 25, who works at a 7-11 store in the downtown business district. ``There's nothing to be scared of.''

Many Thais appeared relieved at the resolution of political tensions festering since the beginning of the year, when street demonstrations demanding Thaksin step down started growing in size and vehemence. Thailand has had no working legislature and only a caretaker government since February, when Thaksin dissolved Parliament to hold new elections in an effort to reaffirm his mandate.

The coup leader, army commander Gen. Sondhi Boonyaratkalin, has said he would serve as de facto prime minister for two weeks and then the ruling military council will choose a civilian to replace him. A constitution is to be drawn up and elections held in one year's time.

Many Thais view the new regime as a good chance to resolve a Muslim insurgency in the south that has killed more than 1,700 people.

An exiled Muslim rebel leader on Thursday welcomed Thaksin's overthrow by Sondhi, a 59-year-old Muslim in a predominantly Buddhist country.

Thaksin, who used an iron-fisted policy in trying to suppress the insurgency, was widely detested in southern Thailand and many moderate Muslims said the conflict could never be resolved while he was in power.

Sondhi is the ``only one who knows the real problems'' of the Muslim-dominated south, said Lukman B. Lima, a leader of one of several groups fighting for a separate Islamic state in southern Thailand, and currently in exile in Sweden. Lukman was responding to e-mailed questions from The Associated Press.

Sondhi had proposed several weeks ago opening talks with the separatists, but Thaksin's government vehemently opposed such a move.

Meanwhile, a spokesman for the new military leadership _ which Thursday released the official English translation of its name, the Council for Democratic Reform under Constitutional Monarchy _ confirmed that four of Thaksin's close associates were being kept in custody.

``During the transition period, every country does this in order for the situation to return to normalcy quickly,'' said Lt. Gen. Palanggoon Klaharn, a spokesman for the military rulers. 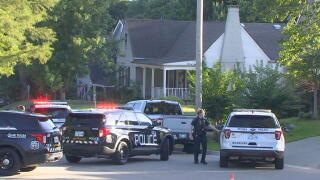 Woman Shot By Tulsa Police During Standoff Near Gathering Place

News On 6 A woman is in the hospital after a standoff with Tulsa police led to shots being fired, according to police. 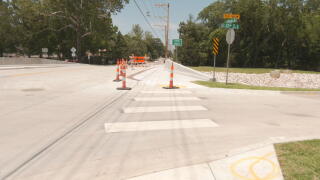 Peoria Back Open On Brookside After Months Of Construction

Amy Slanchik Peoria is back open on Brookside after months of construction on the Crow Creek bridge that forced many drivers in midtown to take Riverside or Lewis to get where they were going. 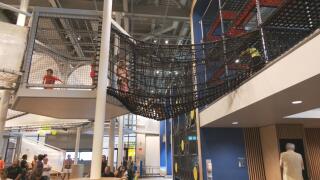 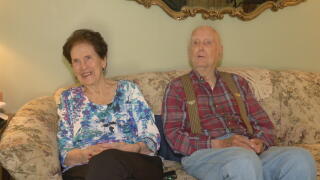 Matt Rahn A Sand Springs couple is celebrating 75 years of marriage Tuesday. Eula and Clyde Emigh say you never know what day will change your life; for them, it was a summer day 75 years ago. 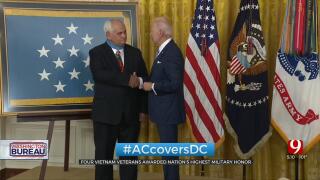 Alex Cameron President Biden gave nation's highest military recognition -- the Medal of Honor -- Tuesday to four U.S. Army soldiers, including one from Oklahoma, who demonstrated conspicuous 'gallantry and intrepidity at the risk of their own lives' during the Vietnam War. 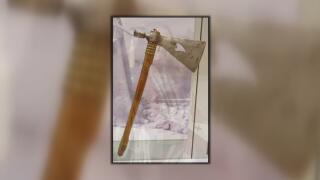 Jonathan Cooper More than a year after Brett Chapman first set out to get a Native American artifact returned to the Ponca tribe, the Tulsa attorney says his goal is complete.
View More Stories