``It seemed like it took me forever to get there,'' Miller said.

Miller's score shouldn't have stood _ TV replays clearly showed his foot splayed out of bounds between the 1 and 2-yard lines. However, Miami coach Nick Saban hesitated to throw his flag, which fell to the turf sight unseen as referee Walt Coleman watched the extra point kick. That meant the Steelers didn't have to try to get the ball into the end zone from short yardage.

Asked if he got in, Miller said, laughing, ``Touchdown. Yeah.''

Saban apparently thought he could throw the challenge flag at any time before Jeff Reed kicked the extra point, but no official saw him _ and thus, no replay. And no Dolphins upset, either, even though the Steelers didn't look particularly sharp in their first game that counted since the Super Bowl _ despite Willie Parker's 115 yards rushing, Miller's 101 yards receiving and Batch's first three-TD game since Nov. 18, 2001, with Detroit.

Saban explained that assistant coaches in the press box first had to watch the replay before notifying him whether to challenge.

Coleman said the officials had no choice because Saban waited so long. He said they delayed the extra-point, waiting for the possibility of a challenge, then lined up for the try. Under NFL rules, there can be no challenge once the next play begins.

``We were unfortunately focused on the snap and so forth, and the coach threw the flag and we didn't see it.''

He said he could never remember a coach being late with the flag before.

Miami, down 21-17 at the time, had a chance to come back. But new quarterback Daunte Culpepper was intercepted on consecutive series, with linebacker Joey Porter scoring on a 42-yard return with about three minutes left.

``We knew we had put them in a situation where they had to pass the ball. I had my chance to make the play and I made it,'' Porter said.

Porter was so excited, he ran to the sideline and kissed coach Bill Cowher on the cheek _ the Steelers' first known sideline smooch since Cowher planted one on Kordell Stewart during a 1997 comeback victory in Baltimore.

The Dolphins, trying to build off the momentum of their six consecutive victories to end last season, never led until Ronnie Brown scored on a 5-yard run to make it 17-14 in the third quarter. Marty Booker, sidelined with what appeared to be a concussion in the first half, came back to make a 50-yard catch of Culpepper's pass, aided by safety Tyrone Carter's slip, to set up the score.

``We were definitely in the driver's seat. We needed to stay focused and finish the ballgame out,'' said safety Renaldo Hill.

Culpepper was mostly effective in his first start for the Dolphins, until his late-game mistakes. He also was intercepted by Troy Polamalu immediately after Miller's catch put the Steelers up. Culpepper finished 18-for-37 for 262 yards.

The Steelers also overcame a costly mistake when Batch fumbled Jeff Hartings' snap at the Miami 1 and Will Allen recovered, keeping the Dolphins in the lead temporarily.

For the first 2 1/2 quarters, the Steelers looked much like they did in the Super Bowl seven months ago _ without Ben Roethlisberger, of course. The quarterback made an unexpectedly fast recovery from a June motorcycle crash, only to need an emergency appendectomy on Sunday that kept him out of his fifth game in two seasons.

``I walked in here Sunday and had no idea I would be the starter,'' Batch said. ``But I always tell myself, `When you go in there, don't be the guy who takes a step back, keep things going offensively without changing the game plan.' And I think I was able to do that.''

Just like in that 21-10 win over Seattle in the Super Bowl, there was a Hines Ward touchdown catch, a long Parker run and a favorable call from an official, helping the Steelers go up 14-7.

Ward, who sat out the preseason with a sore hamstring, caught a 7-yard touchdown pass from Batch late in the first half. Parker used his speed to get loose on a 32-yard run to the Dolphins 35, and cornerback Andre Goodman drew a 23-yard pass interference call on Cedrick Wilson. Goodman started because of Travis Daniels' ankle injury.

Batch, making his first season-opening start since 2001 with Detroit, looked rusty for two drives, only to settle in and throw a 27-yard scoring pass to Nate Washington to finish off a 75-yard drive early in the second period. It was the first regular-season catch for Washington, a 2005 free agent from Tiffin University whose only other career reception came in the AFC title game.

Miami couldn't get a running game going until the second half _ at one point, Brown had 11 yards on nine carries _ but tied it at 7 when Wes Welker's 47-yard punt return set up Brown's 2-yard run.

The Steelers unveiled their five Super Bowl championship banners during a pregame show highlighted by fireworks and an in-stadium concert, but the mood in Heinz Field wasn't entirely celebratory.

A moment of silence was held minutes before the opening kickoff for the late Pittsburgh Mayor Bob O'Connor, who was buried earlier in the day. O'Connor died in office last week of brain cancer. His son, Corey, was introduced to the crowd. 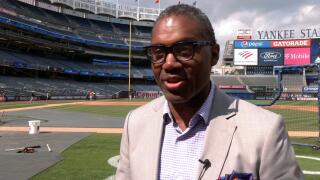 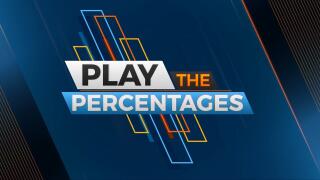 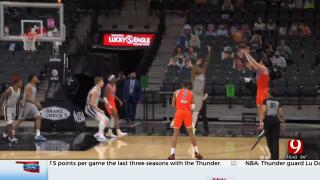 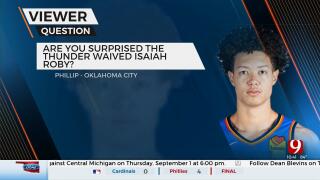 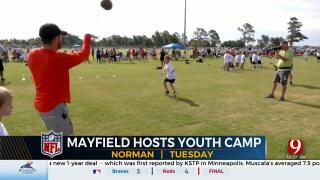 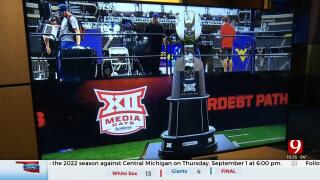