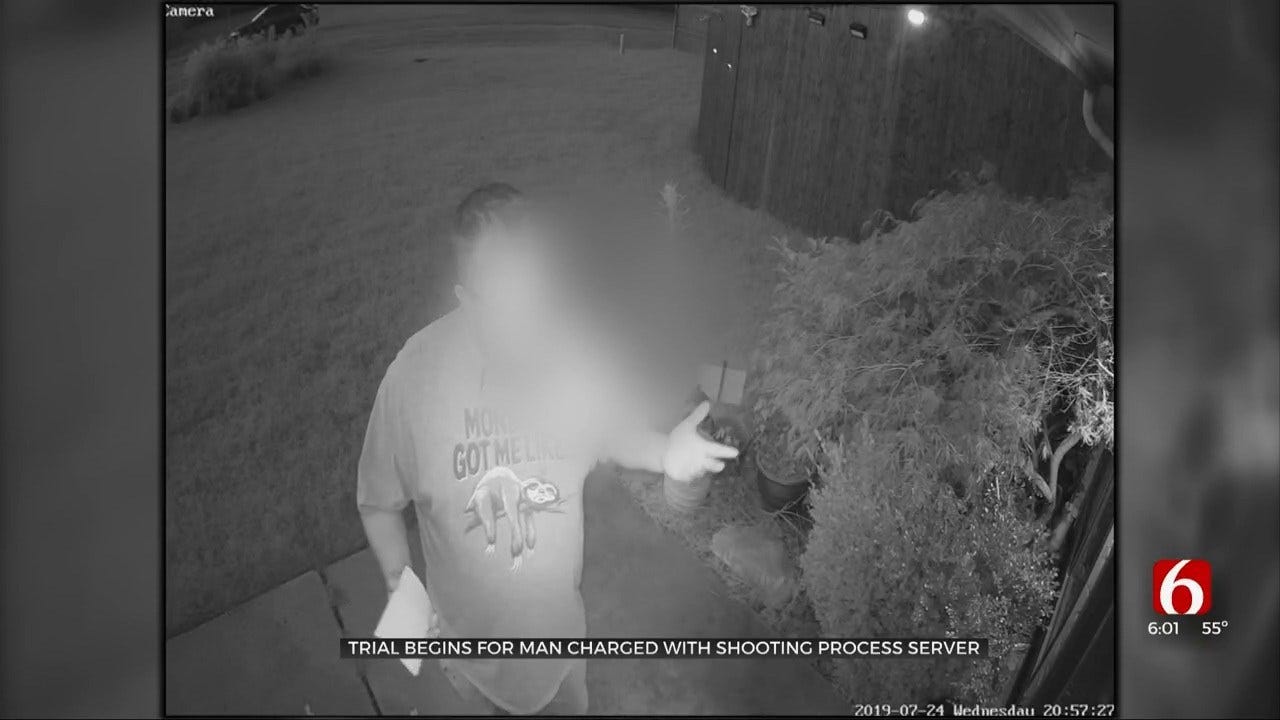 A man on trial for shooting a process server testified Wednesday, telling his side of the story directly to jurors.

Christopher Barnett testified for about an hour, and said he regrets shooting the process server at his Tulsa home last summer.

At one point, he demonstrated how he was standing when he pulled the trigger and fired through his front door.

He told jurors he embellished his story when he talked to news reporters about the shooting the next day.

Barnett told the jury he wishes he could change what happened, and said after seeing surveillance video from that night, he no longer thinks the process server was a threat.

Barnett testified his front door has textured glass that warped his perception of what he was seeing, but said he believed at the time, the process server was reaching for his own gun after walking away from Barnett's home.

Barnett said he lied about his name when the process server knocked on his door because he didn't feel he had to be truthful inside his own home.

When prosecutors brought up Barnett's Facebook post, which said, "The best process server is a dead one,” Barnett told the jury he loves to talk in riddles, and wasn't planning to hurt anyone.

Barnett said the reason he did a Google search on whether he could kill a process server for trespassing was because he had a visit from a different process server who made him afraid and he wanted to know what legal powers they had.

Barnett has said the shooting was in self-defense and the judge ruled on Wednesday the jurors can weigh the evidence they’ve seen in regard to that claim.

The jury will hear closing arguments Thursday then begin deliberating.