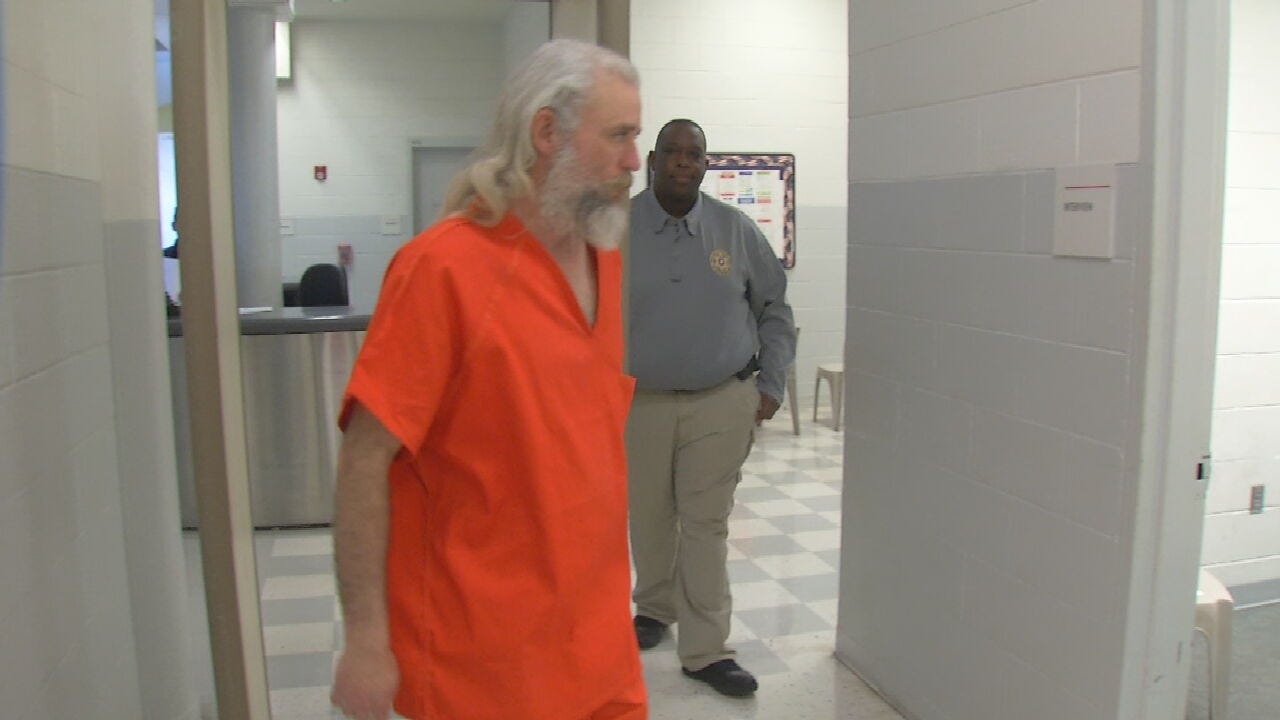 A man in jail for theft said he's innocent, even though police also arrested his two sons and called them a family of thieves.

Harold Ford said he didn't steal anything and this is all a matter of being in the wrong place at the wrong time. Harold Ford is accused of stealing lots of items and cars. His sons, Josey and Jonathan Ford are in jail too.

The arrest report said Josey told police he worked with his dad Harold and his family to steal vehicles they found left unlocked and running at gas stations in the cold weather. Police say the men pawned some items taken from inside the vehicles, which included a tablet, electronics and debit, and credit cards.

Harold's arrest report he was caught on camera using stolen credit cards at a gas station in a stolen car. But Harold says the accusations aren't true.

"We didn't do the crimes, they say they got us on camera but they are going off what QuikTrip is trying to tell them," Harold said. "I don't think they have us on camera doing anything."

He said he didn't know he was driving a stolen car because he thought he was sharing it with a friend.

He says he thinks police arrested him and his sons because they go to gas stations often and there happened to be some stolen vehicles in his neighborhood.

"They connect it because of stolen vehicles in my neighborhood," Harold said. "We were probably at QuikTrip in the wrong place, wrong time."

Harold denies stealing the nearly 30 items police say they found in the family's home and he said there is no proof he was involved.

We spoke with the police officer who worked the case about Ford's interview. She said Ford and his two sons are "career criminals" and police are working very hard to make these current charges stick.

She said they want to hold Ford and the rest of the family accountable.