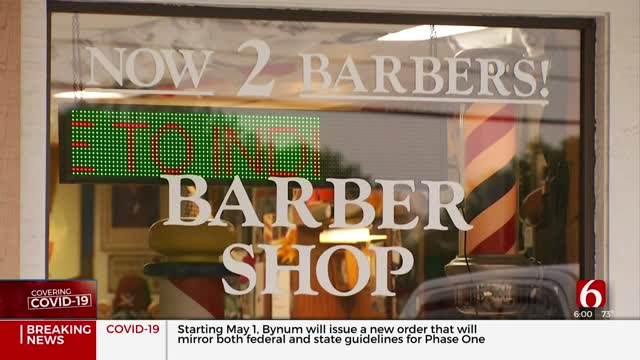 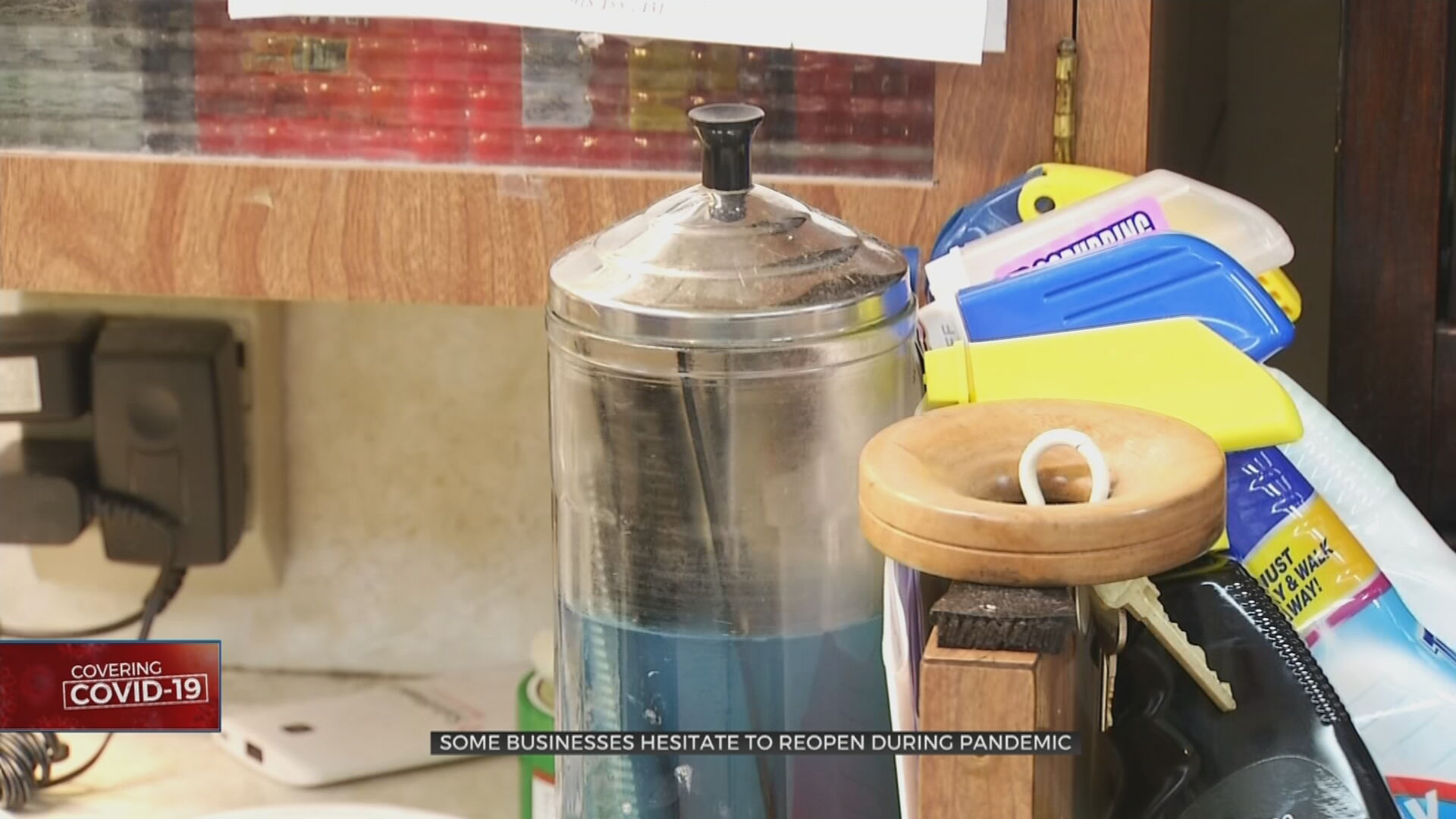 Personal care businesses across the state are back open. However, the owner of one barber shop in Broken Arrow refuses to reopen.

"We really want to make sure to open the safest way possible,” said Whitson Hannah, the co-owner of Indian Springs Barbershop.

Broken Arrow barber shops and other personal care businesses could open Friday, but Hannah believes opening could put his clients at risk.

"The fellow barber in here is 72 years old and he's also my father,” said Hannah.

Hannah hopes to open by mid to late May, but for now don't expect to get a haircut there.

"You can grow out your hair for five months it's not going to kill you,” said Hannah.

However, right next door it's a different story. The Chavas Mexican Restaurant is getting ready to reopen Friday.

Owner Norma Gomez said she doesn't want to leave her regulars behind.

Gomez said her restaurant has been open for nine months. Instead of staying closed, she'll be taking reservations.

"Everyone makes a reservation and makes sure we follow the distance and try to clean everything after those people are done eating,” said Gomez.

Hannah said he understands some could see this as a personal freedom issue, but he believes the state can do a better job following federal guidelines.

"I think just because our elected officials think it's okay to open the economy doesn't mean that's true,” said Hannah.

Norma hopes to do walk-in service by the end of next month. Hannah said they plan to re-open when they believe it's safe to do so.