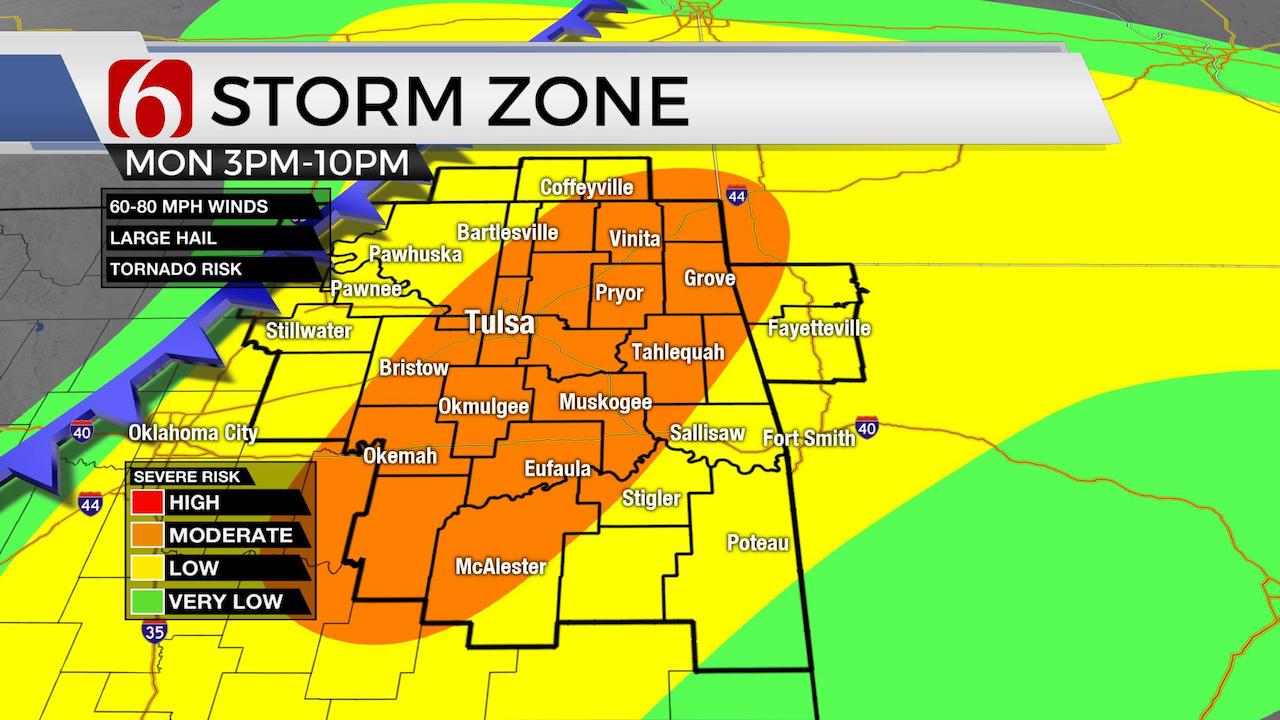 Storm chances return to the area today before pleasant weather arrives Tuesday into midweek. Highs this afternoon will reach the lower to mid-80s across eastern OK. Much weather is expected across the central and western portion of the state. The boundary that moved across northern OK yesterday after the early Sunday morning storms in southern Kansas will slowly lift northward this morning with a few storms forming along and northeast of this feature. The main threat early this morning will be storms producing large hail and gusty winds, but the overall coverage of storm activity will remain low and mostly away from the Tulsa metro. Higher chances should reside across far northeastern OK and southeastern Kansas. Later this afternoon and evening, a strong upper level impulse will move across the central plains states into the Missouri Valley while the front begins another journey southward. The result will be more storms by early afternoon and evening with all modes of severe weather possibilities before the front clears the area later tonight with pleasant weather mostly Tuesday and Wednesday. The upper air flow will remain from the northwest this week with another strong looking system nearing the state late in the week late Thursday night into Friday morning. The deep northwest flow will bring exceptionally colder weather for a large portion of the nation along and east of the plains states this weekend into early next week. Oklahoma will remain right on the edge of this pattern change, but will eventually see below average temps this weekend.

Highs this afternoon will reach the lower to mid-80s across eastern OK before the front rolls across the region with increasing thunderstorm threats for some locations. The main window of opportunity for storms will reside from 4pm to 10pm with the front exiting southeastern OK around 11pm to midnight. By this afternoon, increasing instability combined with increasing convective potential energy will be more than adequate to produce Large hail and damaging winds. Enough shear will also exist for a few tornado warnings during the initial phase of development when supercells would be more probable. Tuesday starts with lows in the 60s followed by high in the 70s. Our next chance for showers and storms will arrive Thursday night into Friday. So far, the weekend appears fine but chilly with morning lows in the 40s and highs in the 60s.