Tulsa Firefighter Invents Chill-N-Reel, A Fishing Reel on the Side of a Drink Holder 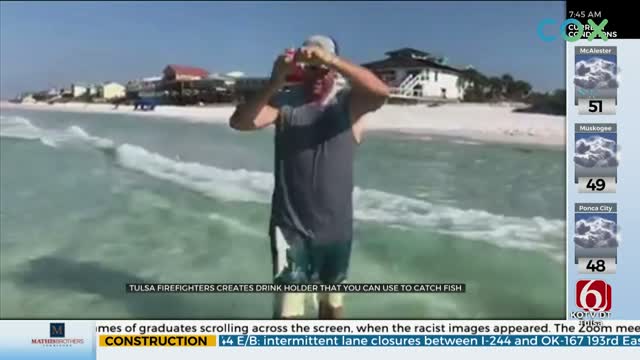 Tulsa Firefighter Invents Chill-N-Reel, a Fishing Reel on the Side of a Drink Holder 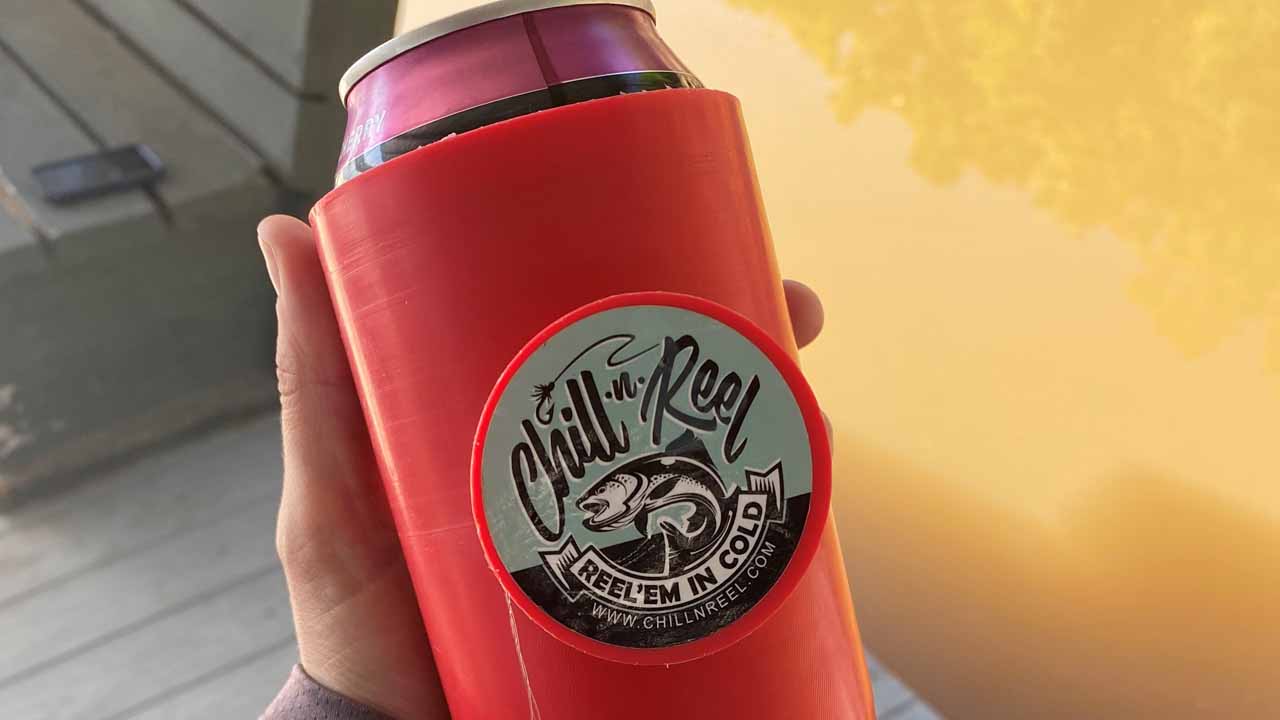 A Tulsa firefighter is taking fishing to a new level by inventing a drink holder that essentially doubles as a fishing pole, so you never have to put your drink down while catching fish.

The idea came about during trip to Florida, while wading out in the Gulf of Mexico a few years ago.

“I looked down and there were fish everywhere and I was like, ‘man I gotta catch those fish,’” said Jacob Rutledge.

“So I took some line and tied it in here [on the bottom of a koozie] and wrapped it around,” said Rutledge. “And I would pitch it out, pull the string out, pitch it out, catch a fish, reel it in. The only problem was, I kept spilling my drink.”

When he got back home to Oklahoma, Rutledge started working on drink holder design that would catch fish and keep his can full.

“That's when I came up with Chill-N-Reel, a hand-line fishing reel on the side of a drink insulator,” said Rutledge. “I’ve been a fireman in Tulsa for 20 years. My side jobs have always been mowing yards or remodeling houses. When I came up with this I kinda of gave all that up and started focusing on trying to make this a family business.”

The Chill-N-Reel is made in Oklahoma and it’s made for a relaxing day on the water.

“It's not for the super serious fisherman, you're not gonna fish tournaments with it,” Rutledge said.

But you are going to catch fish with it. Rutledge and his family are having a lot of fun testing it out and they’ve reeled in some big catches, a 15 pound blue catfish is his biggest.

“My next goal is to catch a shark with the Chill-N-Reel. Wouldn’t that be cool,” said Rutledge smiling.

This was supposed to be an exciting spring for the family with outdoor shows scheduled in several states and Rutledge’s son ready to sell folks on the product.

“Normally you'd have to say, 'Hey, hold my beer and watch this,' but now we have solved that problem for you,” said Chase Terrell. “This summer whenever you're throwing Keystone Lite back on Keystone Lake, you're gonna be needing one of these.”

But the coronavirus forced shows to cancel, so pitches like that will have to wait.

So for now, the family is enjoying each other, chillin’ and reelin’.

“[It’s] definitely made us closer,” said Rutledge. “It allowed us to do a lot more fishing.”

The Chill-N-Reel costs $12 and they’re sold at several local bait shops and marinas. You can also order them online.

Tulsa Firefighter Invents Chill-N-Reel, A Fishing Reel on the Side of a Drink Holder