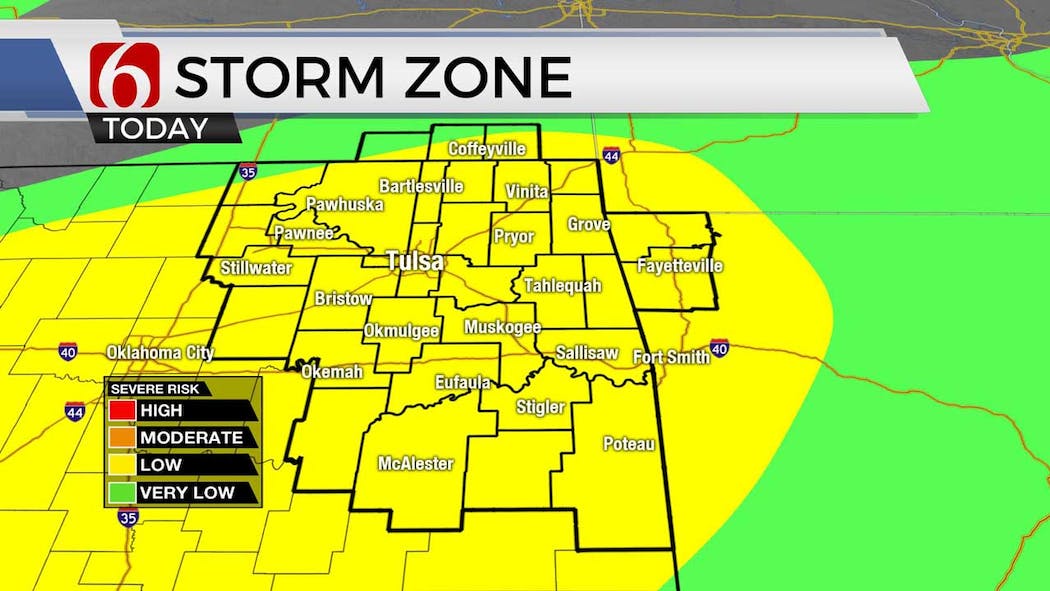 Strong to occasionally severe storms are moving across southeastern Kansas into part of northeastern OK. Please remain aware of your weather surroundings this morning. The main threat will be heavy rainfall and some hail cores for the next few hours. But damaging wind gusts will also be possible in a few spots. It doesn’t appear that the tornado threat is appreciable at this hour, but it’s spring and an embedded circulation on the leading-edge can't totally be ruled out. It’s just not very likely this morning. Also, heavy rainfall will be likely with this convective complex and flash flood watches are posted along northeastern OK and southeastern Kansas for the morning to early afternoon with amounts from 1 to near 3 inches possible. Heavy rainfall earlier this week across southeastern Kansas makes those areas even more susceptible for flooding, including streams, creeks and rivers in these areas. The interesting issue this morning is the actual coverage of precipitation. This morning’s complex has not developed more westward as anticipated yesterday at this hour. We may need to trim some of the probabilities down for the morning hours near the I-35 corridor. It’s hard to know for sure at this hour and It’ll more than likely continue with a healthy chance of storms for the morning hours. Most hi-res data would suggest this complex will survive into part southeastern OK later this morning before stalling and losing some energy. The actual surface cold front will not be moving southward and will remain to our northwest. After the morning hours, south winds will quickly return as our next upper level wave approaches from the northwest. This is the tricky part. The morning complex may overturn our atmosphere for the majority of northeastern OK as it moves southward this morning. This means additional development later this afternoon may have a hard time establishing due to the relatively stable atmosphere across far NE sections while locations southwest of the eventually stalling MCS may be in a better position for additional storm development later this afternoon and evening. This would mean additional strong to severe storms becoming likely from southwestern to southcentral OK later tonight and moving east early Saturday morning across far southeastern OK. The tricky part is later tonight across far northeastern OK. While we will probably remain stable this afternoon, south winds returning along the front to our northwest late tonight may allow for additional storms to develop and take a run at NE OK pre-dawn Saturday. It’s unclear if these would be severe, but it’s possible.

Saturday a system will develop across central Texas with the northern influence into central and eastern OK through midday to afternoon. This should bring some storm chances back into the eastern OK region by midday to afternoon, with some heavy rainfall threats and a few strong to severe storms. By Saturday evening another chance for a few storms would be possible as the surface front finally moves south due to an upstream disturbance kicking into the plains, but this chance would quickly exit our region by early Sunday morning.  Sunday into Monday a mid- level ridge of high pressure should build directly across central OK keeping active weather away from the eastern third of the state for the first half of the week. By the end of the week, some additional storm chances will arrive.

A quick temp update: we could drop into the upper 50s and lower 60s in some of the rain cooled areas this morning.  Later today, we should be able to rebound back into the mid to upper 70s.

Thanks for reading the quickly composed Friday morning weather discussion and blog.

Remain aware of your weather surroundings this morning and have a safe day.