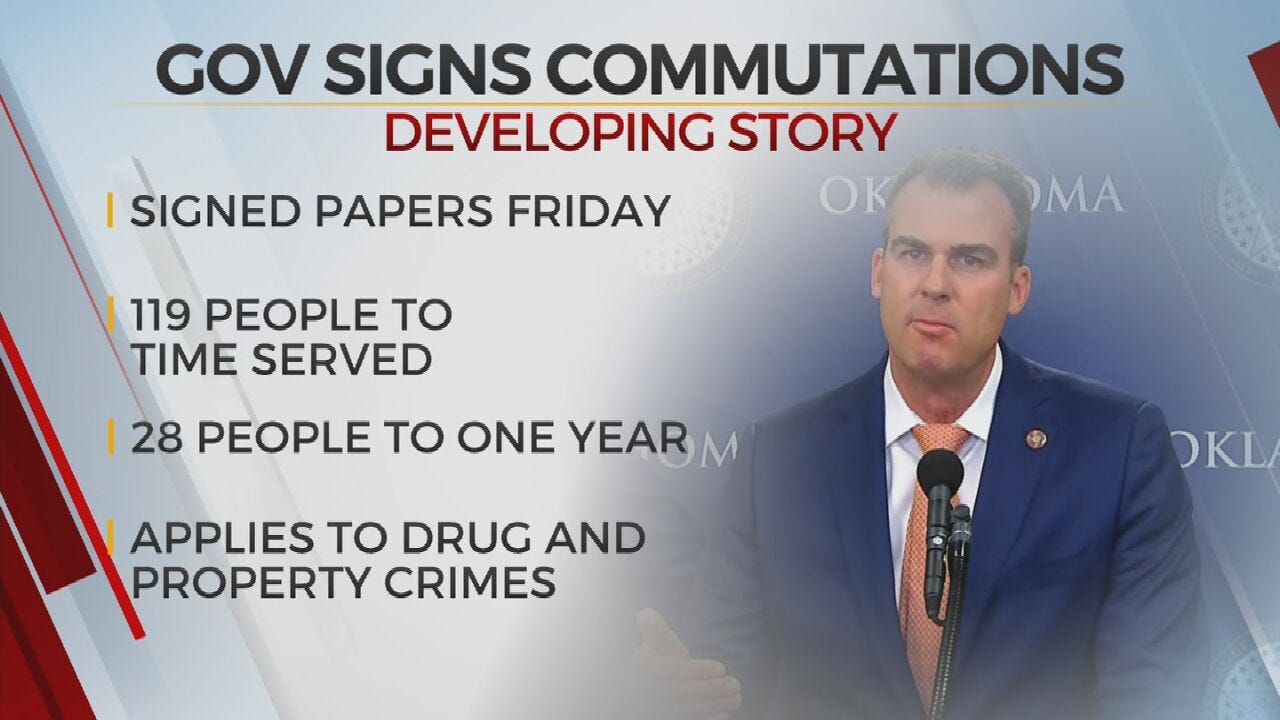 Governor Kevin Stitt is shortening the prison sentences for nearly 150 inmates to either time served or one-year sentences.

The inmates getting a shorter sentence from the governor were locked up for drug possession charges and would no longer be considered felonies if brought today.

The Oklahoman reported that the governor signed papers Friday to commute the sentences of 119 people to time served and another 28 sentences to one year.

The commutations are the latest under a law that retroactively applied misdemeanor sentences for simple drug possession and low-level property crimes.