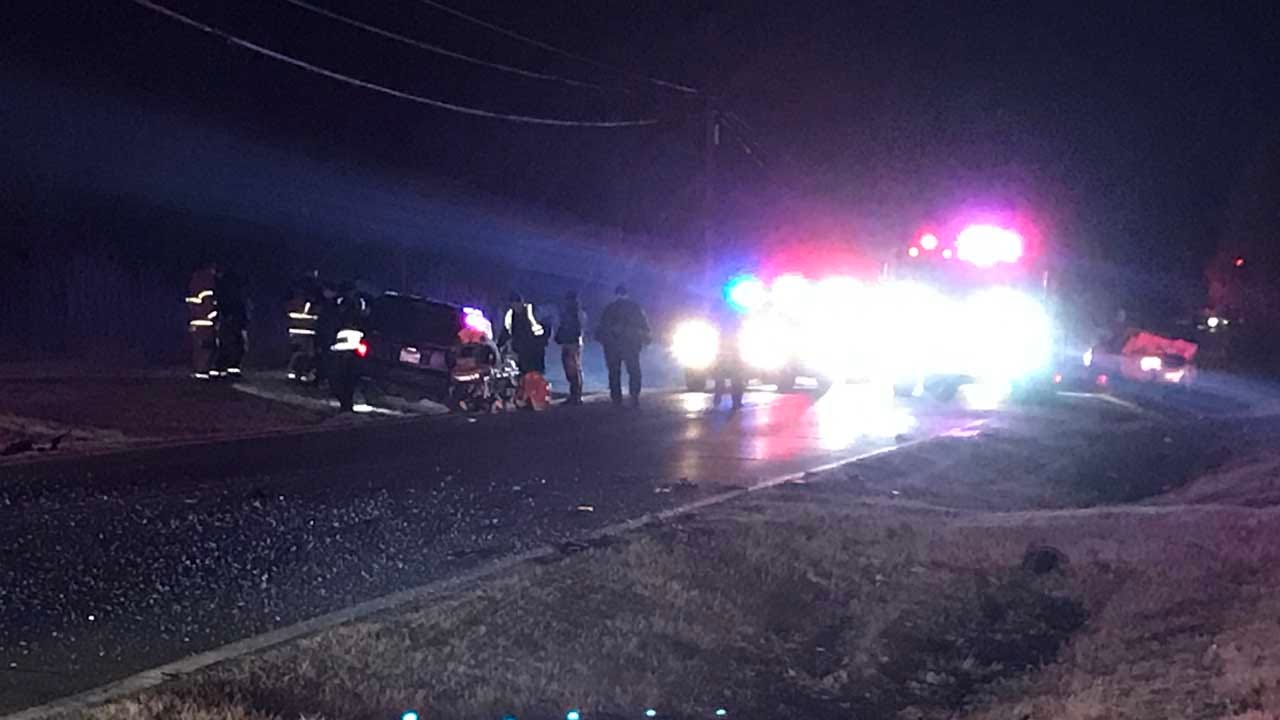 Tulsa Police said an officer is now in the hospital after being hit while searching for a lost cow.

The officer was driving near 46th Street North and Lewis around 2:30 Monday morning looking for a cow in the road, according to TPD.

Police said Demetria Thompson slammed into the back of the officer's car causing both of them to go about a block down the road.

Police said Thompson and the officer went to separate hospitals, and both are expected to be OK.

Police said Thompson was arrested on complaints of causing an injury accident while driving under the influence, transporting an open container, driving without a license, no proof of insurance and expired tag.