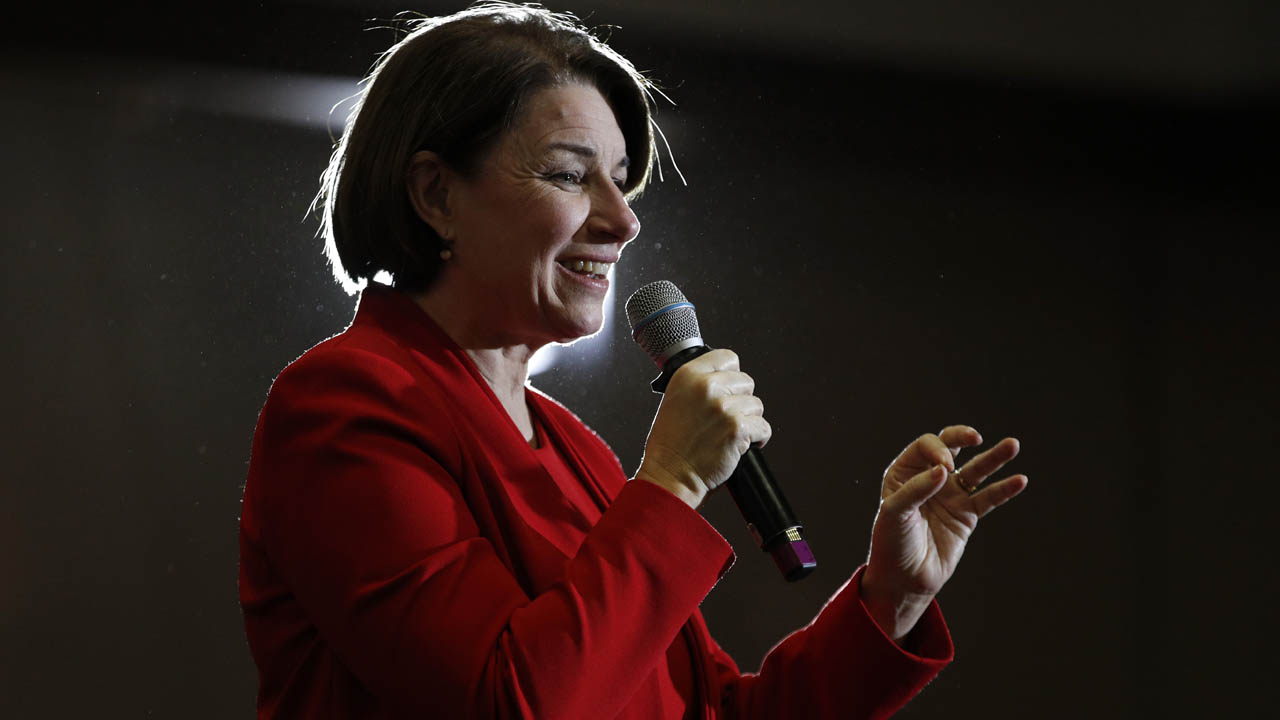 Senator Amy Klobuchar, Democrat of Minnesota, has been asked by Joe Biden to undergo a formal vetting to be considered as his vice presidential running mate, one of several potential contenders now being scrutinized by his aides ahead of a final decision, according to people familiar with the moves.

In an interview with Stephen Colbert on Thursday night, Biden said "no one's been vetted yet by the team" but confirmed the initial preliminary outreach to gauge interest is "coming to an end now."

The request for information from potential running mates like Klobuchar "is underway," a senior Biden campaign aide tells CBS News. If a potential contender consents, she should be poised to undergo a rigorous multi-week review of her public and private life and work by a hand-picked group of Biden confidantes, who will review tax returns, public speeches, voting records, past personal relationships and potentially scandalous details from her past.

While several are expected to consent to a vetting, at least one potential contender has bowed out. Senator Jeanne Shaheen, Democrat of New Hampshire, who is running for reelection this year, declined Biden's invitation to be considered, according to a person familiar with her decision. But Senator Maggie Hassan, the other New Hampshire senator, has agreed to be vetted, according to local news reports.

Hassan said in a statement Thursday that she's "flattered Vice President Biden publicly mentioned my name as someone he would consider. I am not going to comment about his process, whatever that may be. My focus each and every day continues to be serving the people of NH in the US Senate."

Biden committed during a March primary debate to pick a woman as his running mate and has previously said the list of women is around a dozen. The selection process is expected to be closely tracked given that Biden's choice could set the course of Democratic Party politics for the next several years. The 77-year old former vice president would be the oldest man ever elected to the White House and has not committed to seeking a second term if he wins the presidency, meaning his vice president would be a presumptive front-runner in the 2024 election, or positioned to lead the pack in 2028.

Biden has publicly credited Klobuchar for strong debate performances and for helping him win Minnesota, a victory that came only after she and other contenders dropped out just hours before March's Super Tuesday primaries that helped propel Biden into the lead. He is on track to officially clinch the Democratic presidential nomination next month after several states hold primaries rescheduled because of the coronavirus pandemic.

Confirmation that the process is underway comes as several potential running mates have confirmed or dropped hints in recent days that they're in the mix.

On Thursday, Representative Val Demings, Democrat of Florida, who represents an Orlando-area district and once served as that city's police chief, said in a radio interview that "I am on the short list and I'm honored to be on the short list."

"If Vice President Biden asked me to serve along with him, I would be honored to do just that," Demings told SiriusXM's "The Dean Obeidallah Show."

News outlets have also reported that New Mexico Governor Michelle Lujan Grisham has told associates she's being vetted for the job – something her aides have strongly denied. And Senator Richard J. Durbin, Democrat of Illinois, told reporters last week that his Land of Lincoln colleague, Senator Tammy Duckworth, is also set to be interviewed by the Biden team – a statement Duckworth aides also disputed.

The "veepstakes," as they're known, include a certain level of public campaigning, fueled by glowing profiles in magazines and newspapers and public pressure campaigns by interest groups.

Biden has said he expects the vetting to be completed by July – and appears to be taking advice from the man who once tapped him for the number two role, former President Barack Obama.

"I need someone who's going to be, as Barack said, 'simpatico with me,' who is a real partner in progress and is ready to be president on a moment's notice," Biden said recently. "There are a lot of women out there with the experience to do that job."

Nicole Sganga contributed to this report.