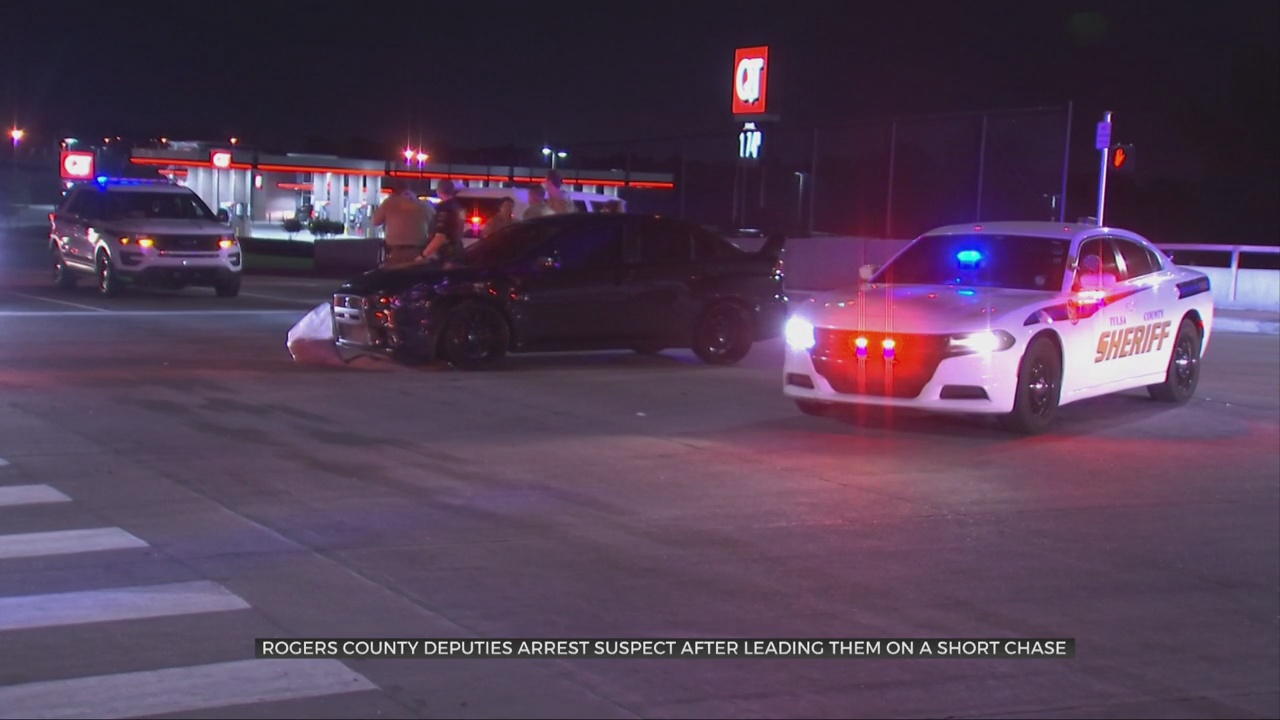 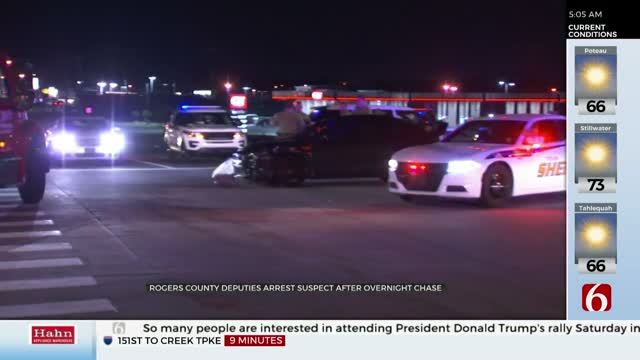 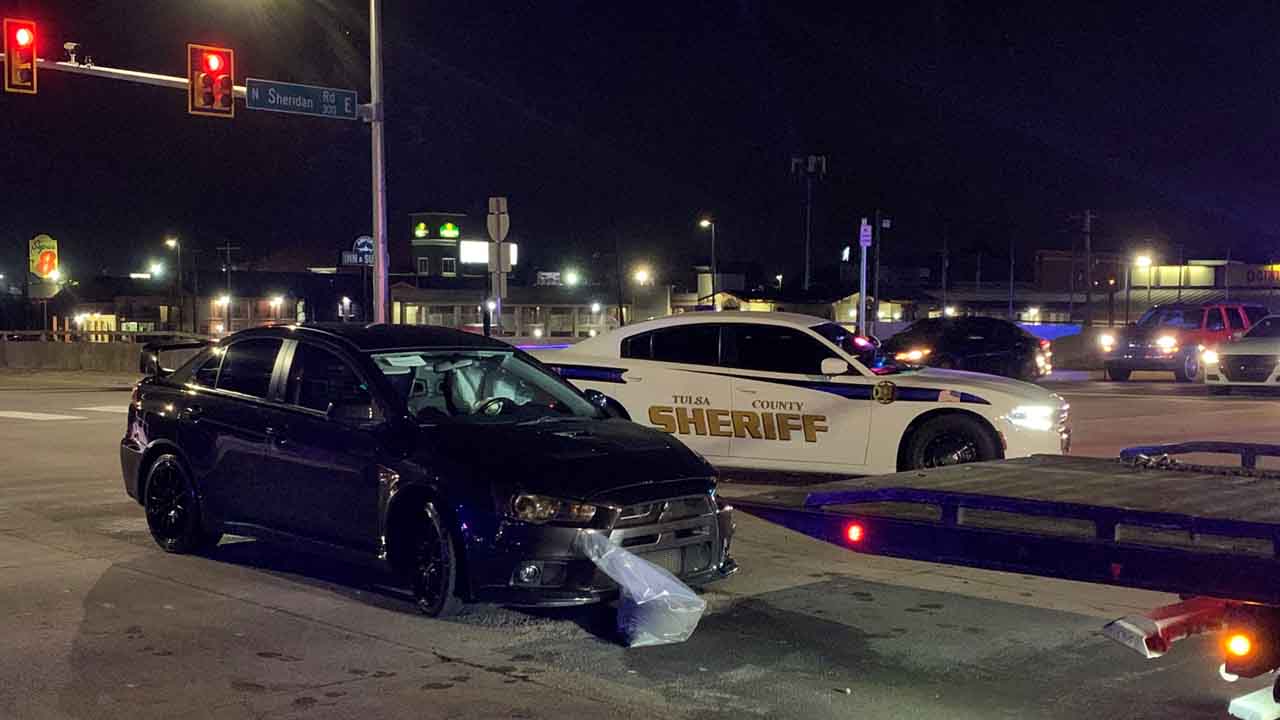 A chase that spanned two counties ended with an arrest in Tulsa near I-244 and Sheridan.

He was arrested about three blocks away near Admiral and Norwood. Police say no one was hurt.