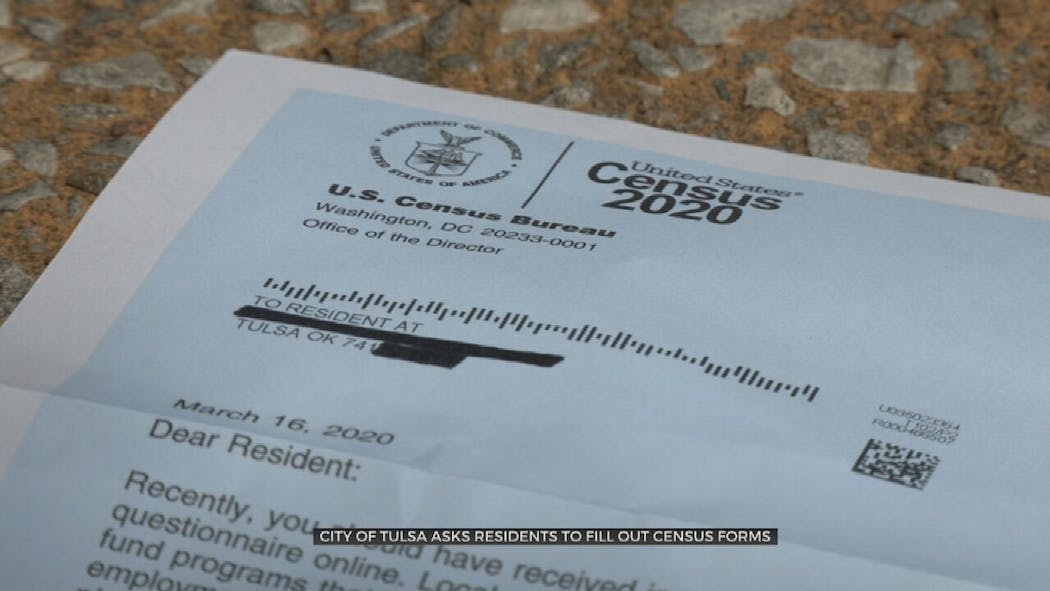 The City of Tulsa is urging people to fill out census forms as soon as possible. ​

The city said as of Monday, 58.9% of Tulsans are counted on the census, but that is still behind how many Tulsans completed the census in 2010.

The census forms first went out by mail in March and some people have already filed them out.

Other Tulsans have forgotten because of COVID-19 and the shut down. Kyle Ofori with the City of Tulsa said you might not realize it, but the census has an impact on our healthcare systems.

"The census is related to healthcare and that the investment we make now in the midst of a pandemic is going to help us over the next ten years if there is another pandemic that comes along we want to be prepared. We want our community to be ready to respond," said Kyle Ofori, City of Tulsa Director of Community Partnerships.

Ofori said re-districting for elected officials, housing developments, and roads and bridges are all impacted by the census.

"You think about the quality of our education, you think about infrastructure, you consider the amount of housing that we have available. All of the developments that you've seen in the past ten years are likely in some way impacted by the census," said Ofori.

Ofori said COVID stopped most of the city's census events, but he said starting August 11th enumerators will start going out in Tulsa neighborhoods. Enumerators are Census Bureau employees, and they’ll have an official badge, a bag, and other things to identify themselves to the public.

"So if you don't want anyone coming to your door just reduce that chance by filling out the census online, or by phone, or by responding to that letter in the mail," said Ofori. ​

You can find the link to fill out your census here.

You can also fill out la Censotería in Spanish here.

Keep up to date with census efforts and deadlines on the Census Facebook page.