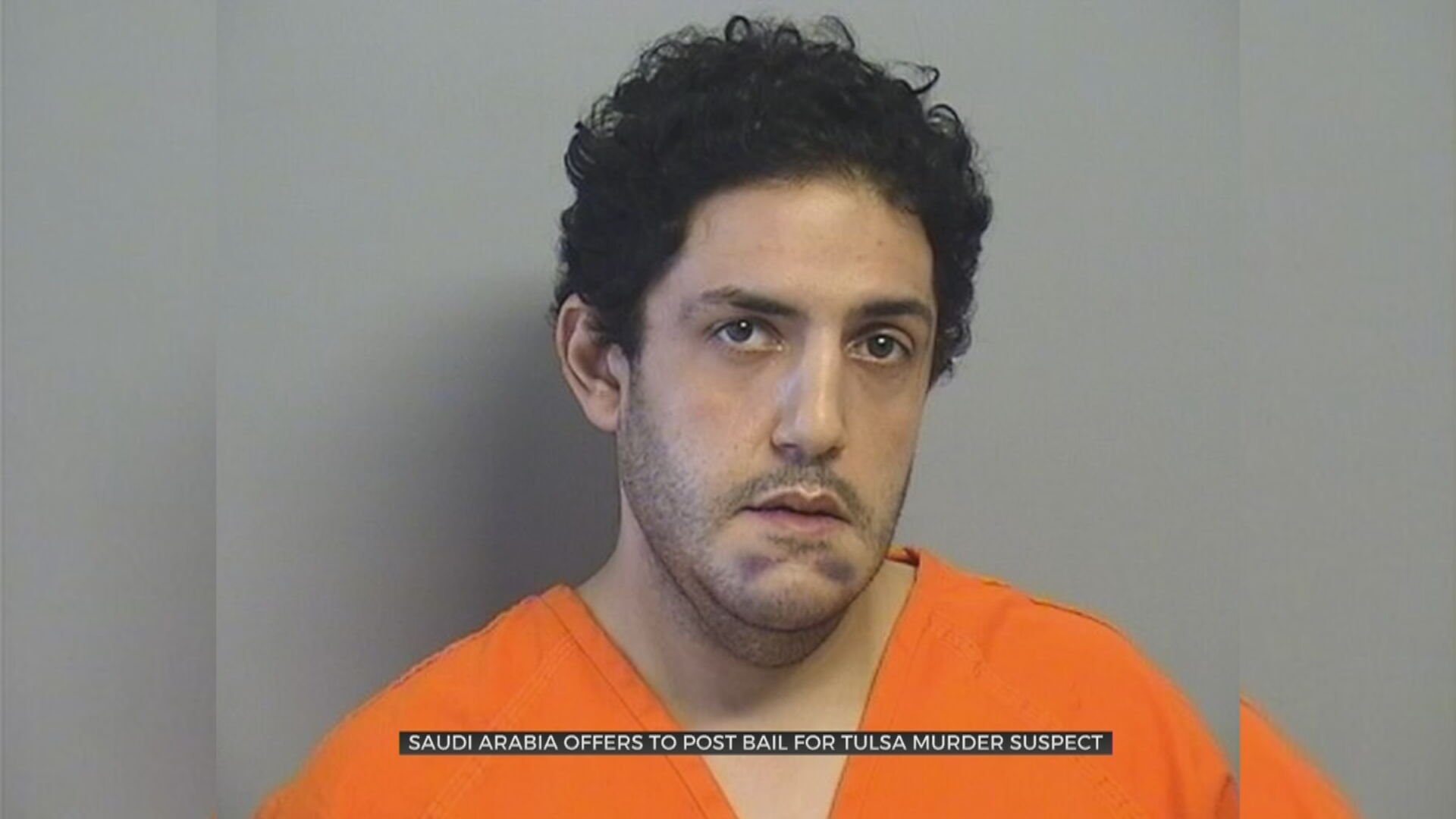 Update: The Tulsa County Sheriff's Officer received a $500,000 cashiers check from the Saudi Arabian consulate in Houston, Texas to bond out a man accused of murder.

An Uber driver charged with murdering a passenger in Tulsa in June, bonded out of jail on Friday. The government of Saudi Arabia had offered to pay the $500,000 bond.

The victim’s family, as well as the District Attorney Steve Kunzweiler, are worried that the suspect, who is both a U.S. and Saudi Arabian citizen, could flee back to Saudi Arabia to avoid prosecution.

Omar Ba-Abbad was driving for Uber in June when he and a passenger, Jeremy Shadrick, got into a fight and Ba-Abbad ran over Shadrick and killed him.

Ba-Abbad said it was self-defense, but the DA said video proves that's not the case and charged Ba-Abbad with first-degree murder.

Ba-Abbad's bond was set at $500,000 but he didn't have the money to bond out. Kunzweiler said, now, the government of Saudi Arabia is willing to pay it. Kunzweiler said everyone charged with a crime is presumed innocent by law and most are given the right to have bond.

"We are trying to have safeguards in place to make sure that he appears to his court appearance. You can't punish people with punitive bonds just to make sure they aren't going to go anywhere," Kunzweiler said.

Kunzweiler said Ba-Abbad has to wear a GPS monitor and surrender both his U.S. and Saudi Arabia passports. Kunzweiler said it would only mean more legal trouble for Ba-Abbad if he chose to run rather than show up for his court dates.

"It's a concern and we are paying attention to it," Kunzweiler said. "We are hoping the safeguards we have in place will guarantee his appearance in court."

News On 6 contacted the Saudi Arabian Consulate General office in Houston for comment, but they directed to Ba-Abbad's attorney and he has not gotten back.

The victim grew up in Tulsa and was a businessman who left behind a wife and two small children. The DA asked the judge yesterday to reconsider the bond and there will be a hearing on Monday.

You can read the full Motion To Revoke Bond and Issue Warrant Cause filed by the Tulsa County DA’s office below.

Creek Co Contractors Expected To Recover After Being Shot