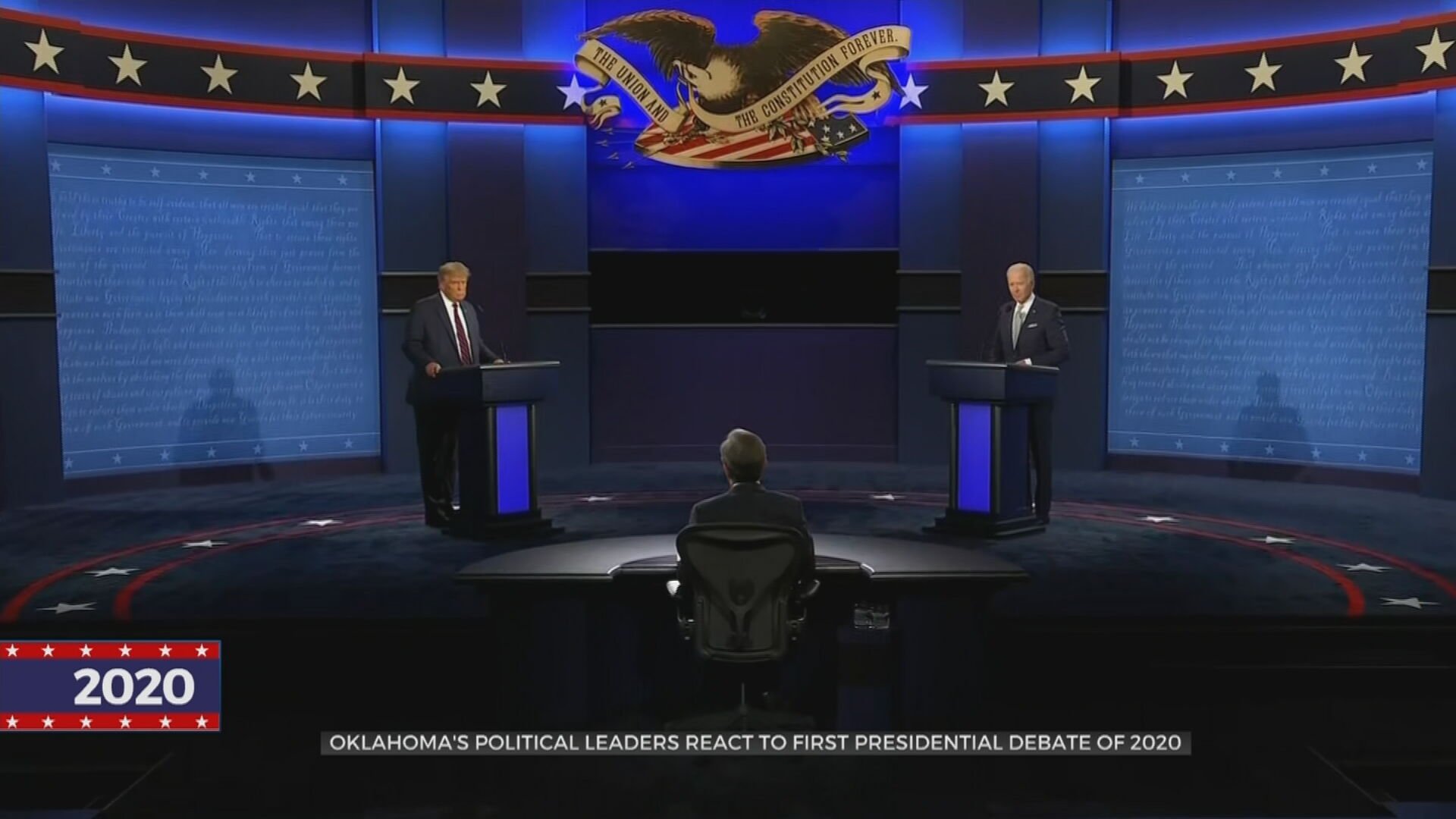 After the first presidential debate of the election cycle, Oklahoma’s political leaders have offered their reactions.

Both the leaders of the Tulsa County Republican Party and the Oklahoma Democratic Party said there’s a very stark difference between President Trump and former Vice President Biden.

There were a lot of heated arguments starting just minutes into the debate which continued throughout the night. Democrats and Republicans said no matter the debate’s result, they don’t believe many voters will be swayed either way. They think that’s mainly because many Americans have already voted by mail with only 35 days left until the election.

The next debate is scheduled for October 15.