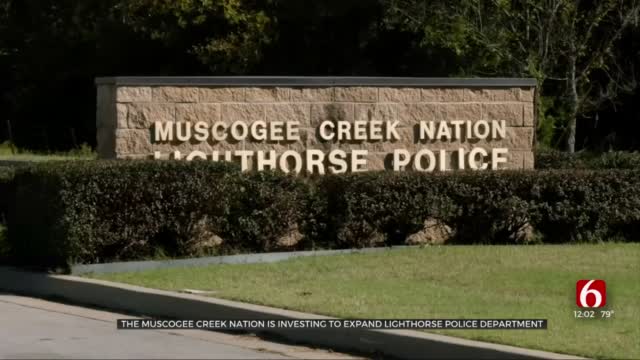 Muscogee Creek Nation officials have said there are plans to invest millions of dollars to expand the Lighthorse Police Department in response to the McGirt ruling.

According to the Lighthorse Police Chief Daniel Wind, since the ruling, they have been in need of more manpower.

That is why he said the Lighthorse Police Department is working on adding nearly 40 people, including 25 new officers along with investigators and dispatchers.

Creek tribal leaders allocated more than $2 million to pay for those needs.

Wind said they have also worked out cross-commission agreements with all but a few departments, allowing certain officers from those departments to step in and act as Creek Nation officers when they are on certain scenes.

According to Wind the transition is challenging but will be worth it.

Wind said, "It's historical. As a law enforcement officer, it's even more exciting because we're venturing out into areas we've never had to deal with.”

To apply for one of the newly available positions visit the Muscogee Creek Nation website.