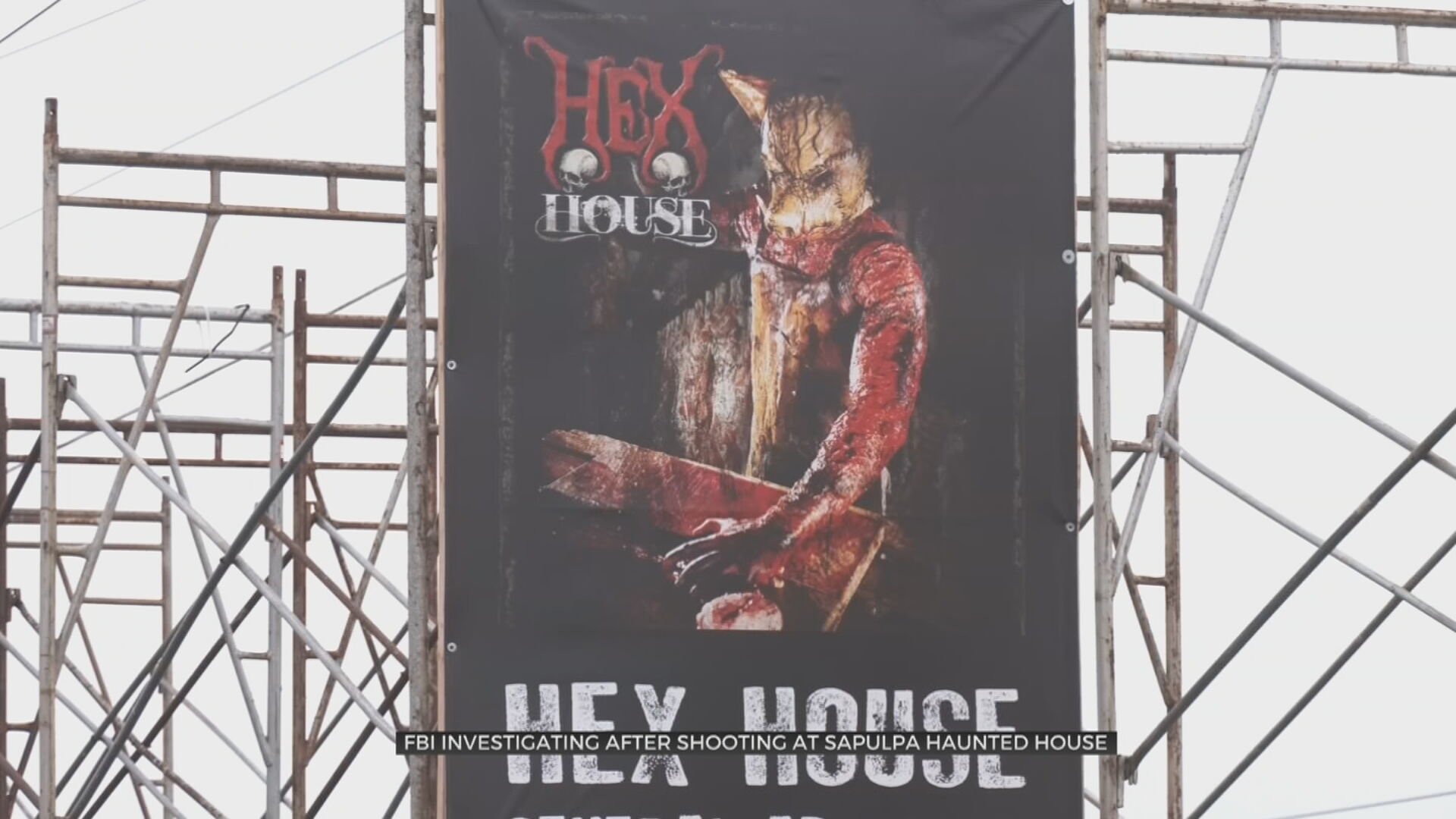 Sapulpa Police said no arrests have been made after a shooting outside a haunted house business Saturday.

Police said a security guard was shot in the leg and is expected to be OK.

Officers said the FBI is involved because the victim is a tribal member. Lighthorse Police also confirmed they are involved in the investigation.

Sapulpa Police said according to Hex House employees, a customer was intoxicated and tried to get in, but workers didn't allow him.

Officers said the man got angry and as he drove off, he fired a shot, hitting a security guard in the leg.

Summer Gann was in line with her boyfriend and her two roommates. She said it all started when a woman fell and hit her head. Gann said when a teenage girl in line asked if the woman was OK, the woman and the man were trying to instigate a fight with a group of teens.

The witness said security came out and asked everyone to calm down. She described the moments after the gun went off.

"Everyone thought it was like a mass shooting. Because, you know, it's like why is someone shooting into a crowd full of people? They didn’t even try to aim at the security guard -- they just shot into the crowd. And I didn't see the actual shot, but I saw that altercation, I saw him threaten the security guard. And then that security guard gets shot 10 minutes later,” Gann said.

Gene Watson, the owner of Hex House, said in a phone call that he is cooperating with the investigation and wants to thank all the well-wishing customers and fans for wishing the victim the best.

The FBI did not immediately return a phone call from News On 6.