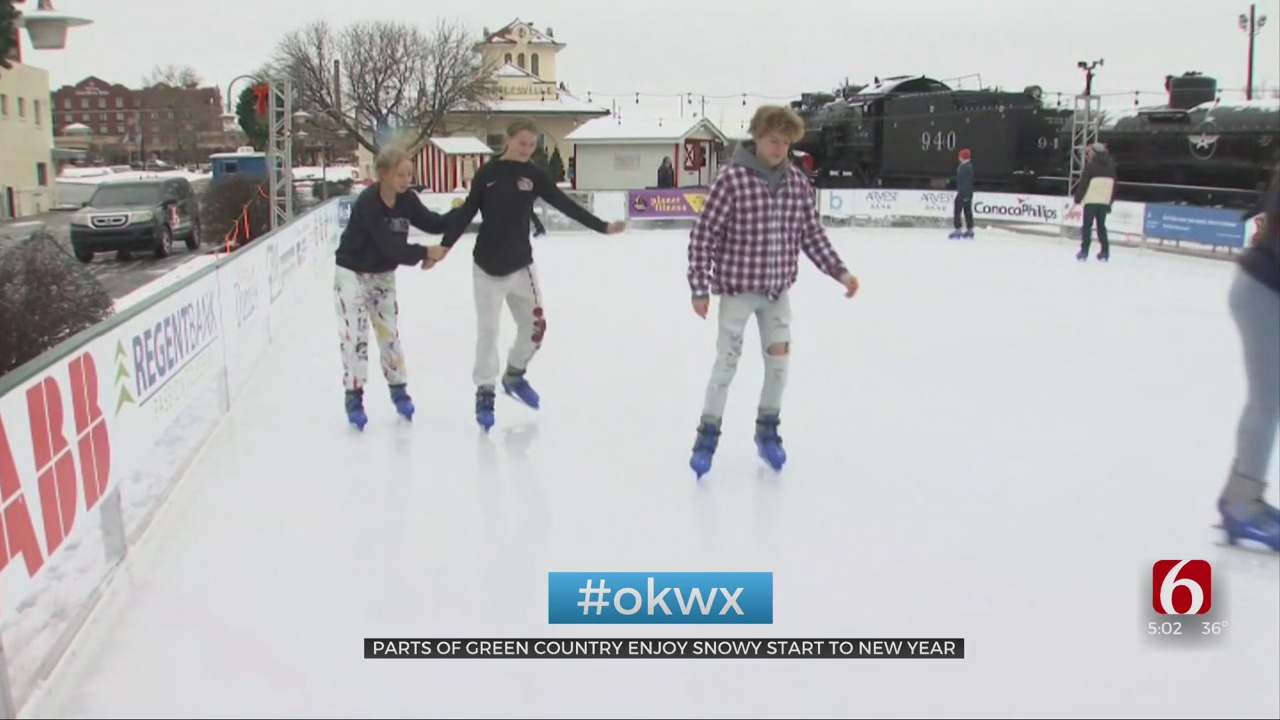 A new year brought a fresh blanket of snow for many in Green Country. Several inches were left on the ground in some areas of Rogers County.

The view from the Osage County Courthouse showed downtown Pawhuska with snow on every rooftop and snow-covered rolling hills in the distance.

From Highway 60 between Pawhuska and Bartlesville, it was just a dusting by the afternoon. Travel was manageable for drivers.

Residents in Bartlesville said roads were not much of an issue for them, either.

Dozens enjoyed ice skating at a rink in downtown Bartlesville, provided by the city’s chamber of commerce.

Grace Waters and her friends, Sami Sheaffer and Harley Miller, showed up to enjoy one of the last few days of their winter break. They will all head back to school Monday in South Coffeyville.

"Well, we were really bored and we just woke up and we were like, ‘OK, let's go skating,’” Waters said.

Even in the near-freezing temperatures, Ashton Marlar, who manages the skate rink for the chamber of commerce, said it’s easy to warm up on the rink.

"As soon as you get on the ice, you start skating. You start sweating,” Marlar said. “Which is really weird to do in December, or, January now, but it is awesome to do and it's super fun."

As 2021 kicks off, the snow is leaving people smiling as they celebrate the start of a new year.

"I think it puts everyone in a really good mood,” Marlar said.

The Bartlesville Chamber of Commerce said ice skating will also be available from 1 p.m. to 9 p.m. on Saturday and Sunday.