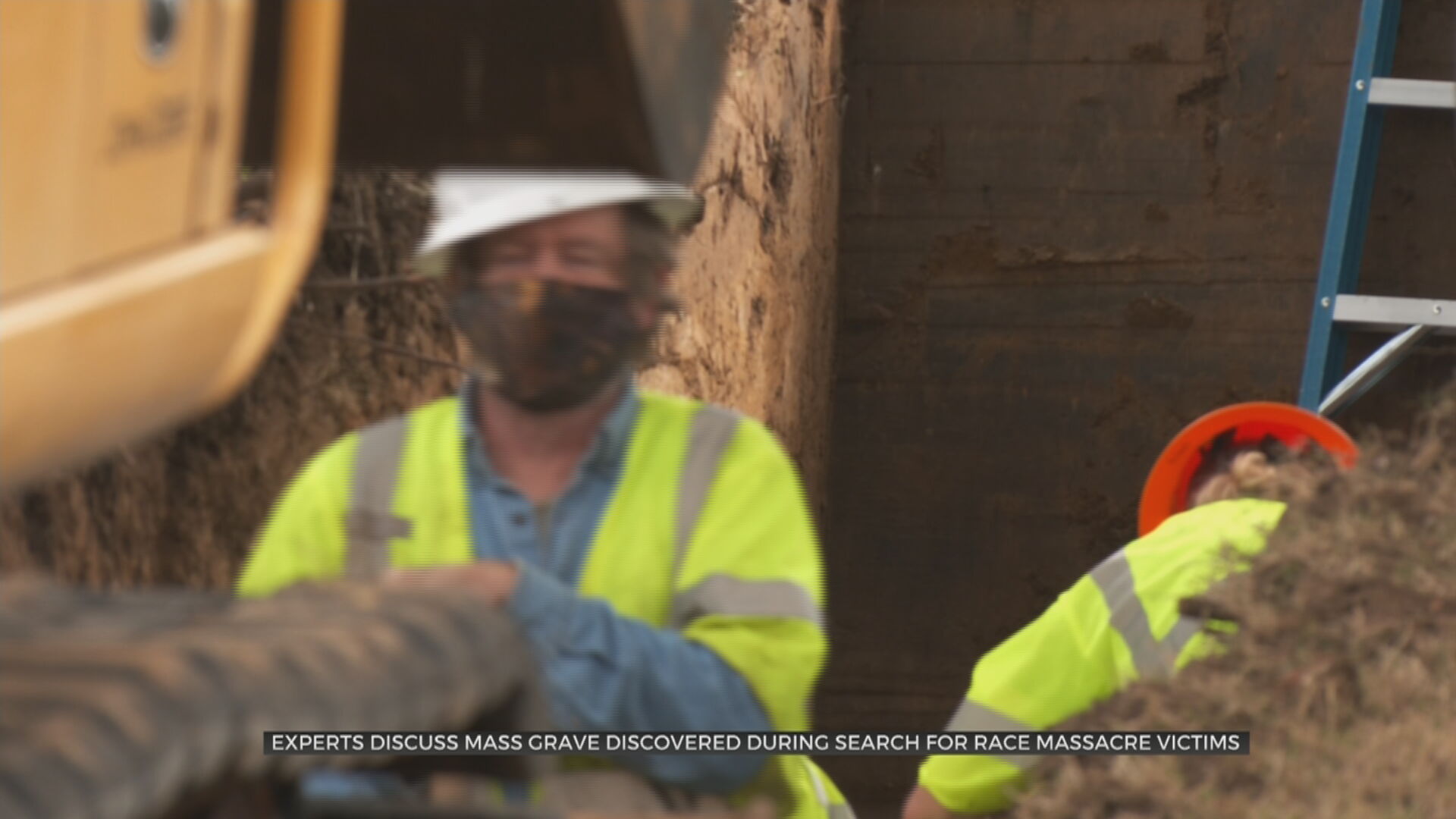 The University of Oklahoma hosted a virtual discussion with researchers and scientists to discuss the mass grave recently found at Oaklawn Cemetery in the search for possible victims from the 1921 Tulsa Race Massacre.

The team went over the work that has been done so far and what will happen next. They also said the stairs found in the mass grave are significant.

State Archeologist Dr. Kary Stackelbeck said building stairs into a grave is not something people would need when burying one, two or three people.

However, Stackelbeck said when there is a mass grave, stairs make it easier for people to get in and out of the grave while burying the dead.

Archeologists said they found remains from 11 individuals in the mass grave, plus one other individual in a separate trench last month.

Stackelbeck said they saw archeological indications of stairs being cut into the ground and described what that means to her.

"Those stairs for me, honestly, this is haunting,” Stackelbeck said. “It is for me, it's like you can visualize people moving in and out of that space to put these coffins in place."

Some of the next steps in the investigation include getting an exhumation order so scientists can analyze the remains. They also said another step is to hold a public discussion about the role DNA could play in examining those remains.

Dr. Phoebe Stubblefield said at this point, she isn’t sure about using DNA in the investigation.

"I am ambivalent because we're talking about 100 years ago and the level of identification will not be individual,” Stubblefield said. “That is the best level of resolution we will get unless we're very fortunate and find a great-great grandchild. And that can happen, but they would also have to be in the database."

The group plans to return to Tulsa next year to get a closer look at the remains and work to determine whether or not they are connected to the massacre.