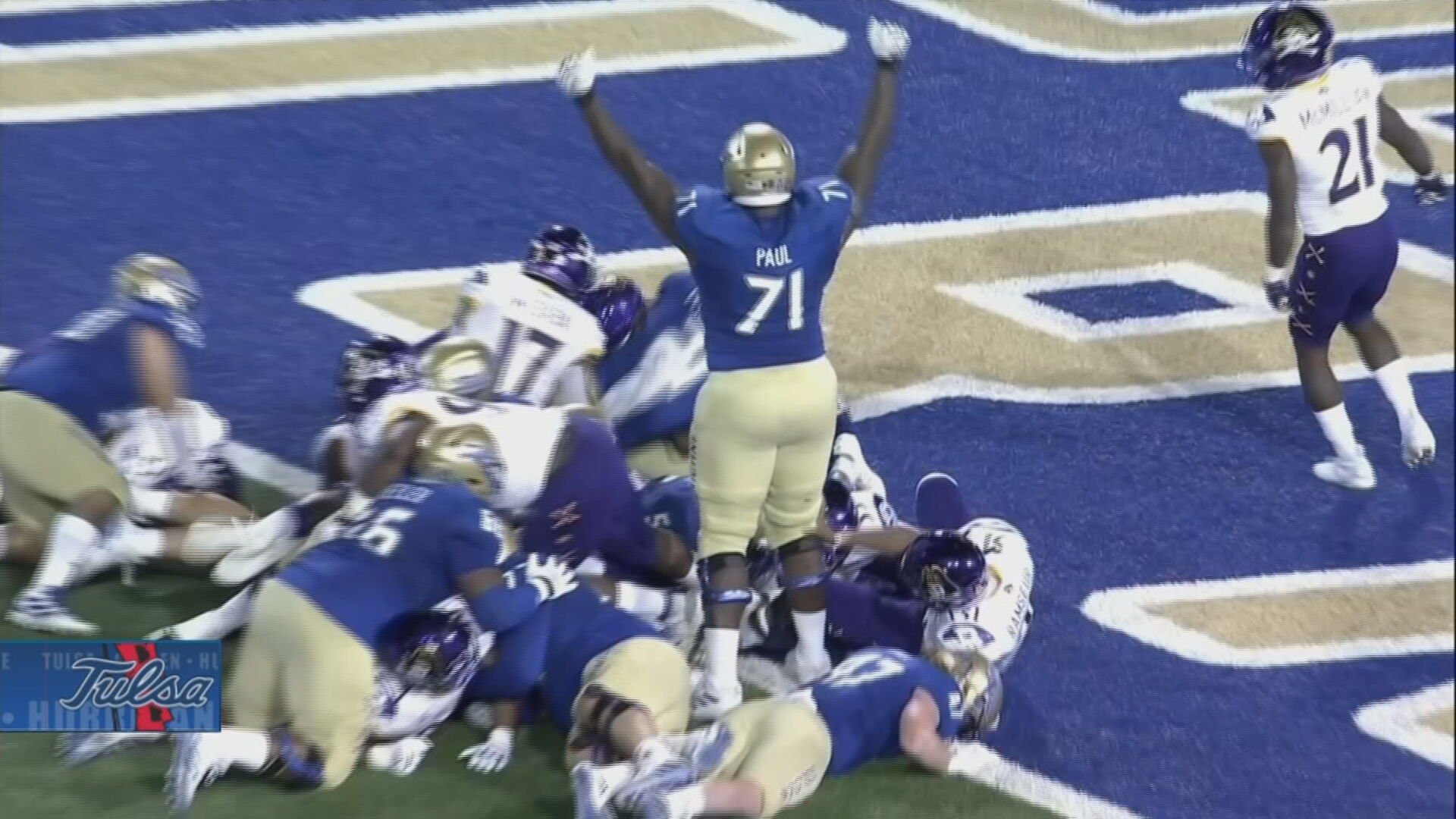 On paper, this is week 11 of the football season for TU and 19th ranked SMU.

However, with the ongoing pandemic and postponements, Saturday will mark only the fifth game of the year for the Golden Hurricane and the ninth for the Mustangs.

What a year it has been for the Golden Hurricane’s schedule. Between two postponements and a delayed season opener, Tulsa has gotten used to the juggling act.

To make it more difficult, this will be the Mustangs’ ninth game of the year when they come to Chapman Stadium this weekend.

"They have played eight games we have played four and all of those are out of our control,” TU Head Coach Philip Montgomery said. “You know for us, we really want to focus on a ranked team coming to our place, we finally get to play our second game at home and know it’s going to be a great challenge."

Tulsa is 7-5 against the SMU at home, winning their last four, although last year’s triple overtime loss still looms in the back of their mind.

"One of those games that will come back down to the wire again,” Montgomery said. “If you get a chance to get a lead, man, you better keep pouring it on. There’s too many weapons on both sides not to."

On the line Saturday? An opportunity to build on their three-game winning streak and stay atop the conference standings.

"This one would obviously put you in the driver’s seat and you get to control your destiny with it,” Montgomery said. “Another top 25 win opens a lot of different doors for you."