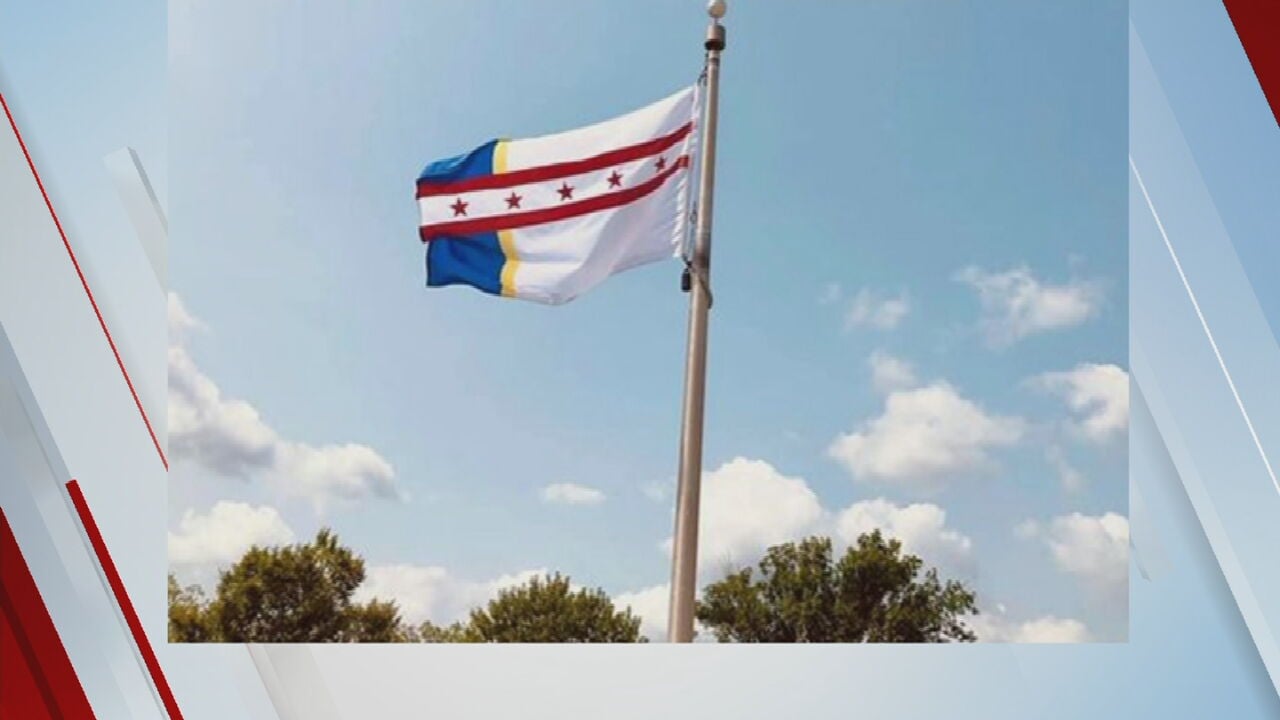 Residents in the City of Jenks will now be seeing a new set of colors flying over city hall and around town.

The new Jenks city flag made its debut on Tuesday, being displayed around the city.

The design comes from Jenks High School alumna Mariah Scott from the class of 2015.

According to Scott, the design is inspired by an aerial view of the city, with Main Street on the north side running from east to west and the river being the city's eastern border.

The five stars that decorate the flag represent Jenk's founding in 1905 and the five letters in the city's name.

Currently, the flag is not available for purchase by the public, but the Jenks Chamber of Commerce is considering selling it.