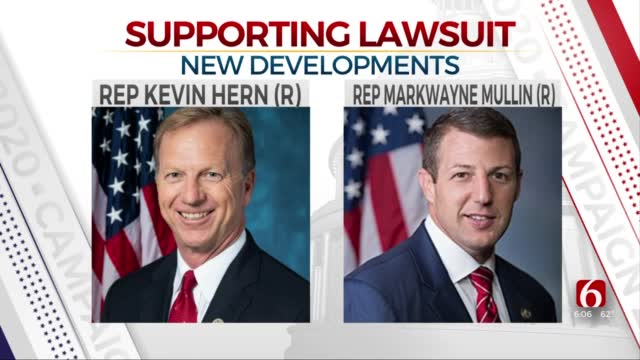 Two Oklahoma congressmen have signed onto the Texas lawsuit that challenges the results of the general election in four swing states.

Representatives Kevin Hern and Markwayne Mullin joined 104 other Republican members of the U.S. House of Representatives asking the U.S. Supreme Court to block the electors of Georgia, Michigan, Pennsylvania and Wisconsin from voting Monday.

Texas claims those four states saw either voting ‘irregularities’ or made unconstitutional changes to voting in the 2020 election.

The Supreme Court has not said if it will take up the case.

You can read the full brief below.