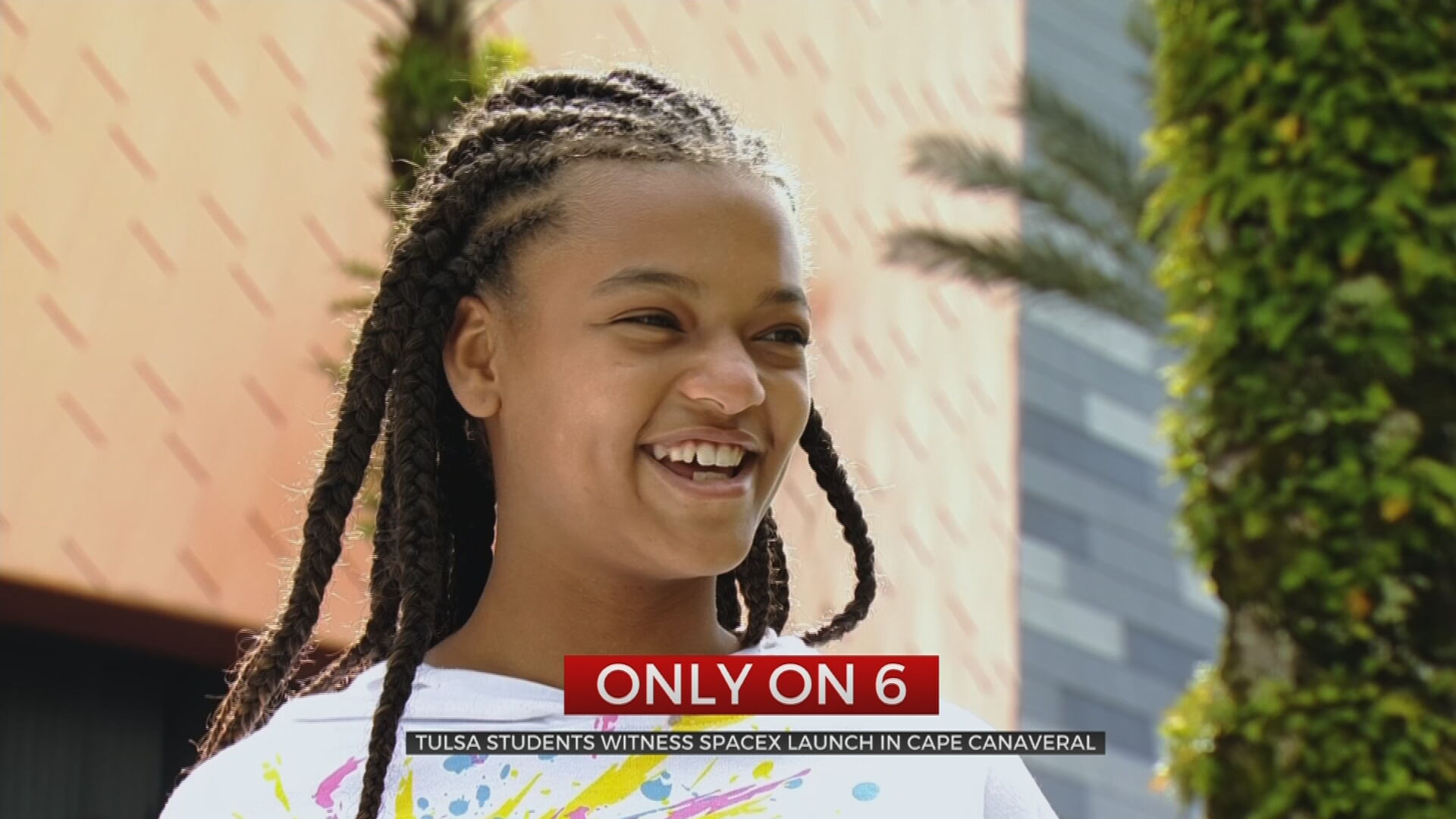 This historic launch happened in November when the first operational crew was sent to the International Space Station on a commercial spacecraft. A group of Oklahoma students had the chance to watch the launch in hopes of inspiring them to new heights.

The students all attend different schools in Tulsa, but they have one thing in common: they love math and science.

Bill Martin volunteers with the students as part of an after-school program called Youth Works, and Martin is friends with NASA Administrator, and Oklahoman, Jim Bridenstine.

Martin wondered what it would be like to take these students on the trip of a lifetime to watch history happen with the launch of the SpaceX rocket.

“To allow [the students] to come down and watch a launch, to meet Jim, to explore potential future jobs and careers in STEM, aerospace, working with NASA, and being an astronaut was the main impetus of this trip,” Martin explained.

Antonio, one of the students in the group, was thrilled to get to see this launch.

"We will come down here for a couple of days or so and then we'll go to NASA and get to learn about it," Antonio said.

Elayna remembered when Martin asked the group if they wanted to go to NASA.

Payton, a student in the group, shared when he found out the exciting news.

"I was doing the dishes. I was mad, and then my mama told me to come here and then she told me about the NASA trip; I was happy. I couldn't get my mind off it," Payton said.

While in Florida, the students were given the NASA royal treatment, and they got to go where few people ever visit.

The students spent one-on-one time with Jim Bridenstine, who knows firsthand how being influenced at a young age can leave a big impression and be life changing.

For Bridenstine, he knew what he wanted to do when he grew-up after a day camp in 5th grade.

The same is true for Diana Oglesby, who is a graduate of Oklahoma Christian University and now works for NASA.

"I told my dad at eight years old that this is the future career choice I had decided upon, and from that moment forward, I set out to make it a reality," Oglesby said.

The aim of the trip was to leave a lasting impression, and for the students to be immersed in all things NASA.

While the students were busy, and even had a stop at the Kennedy Space Center Visitor’s Center, the grand finale was yet to come.

The students watched as history happened, and the SpaceX rocket took flight.

"I honestly thought it would take a few seconds after we said it but as soon as we said one, boom!” Elayna said. “It just went up, and then I saw it for a while. Then it turned into a little bitty star."

"The rocket went up and after I saw the rocket go up, I couldn't see it anymore. Then a couple of minutes later, some pieces fell, and it was cool," Payton said.

Martin knew this would be a historic moment and have a lasting impact on the students.

"They're going to see an incredible rocket take-off and launch four astronauts. It’s only the second time we've done that in the last decade here in the U.S., and it is kind of the beginning of our human exploration program of getting eventually to the moon and then on to Mars,” Martin said. “And as they watch these missions continue over the next several years, they'll remember they were here for the launch of Crew 1, which is really the beginning of that trip."

A historic moment for NASA also turned into an impactful moment for the students, one to inspire them to reach for new heights.

Work From Home Allows Colorado Family To Relocate To Oklahoma