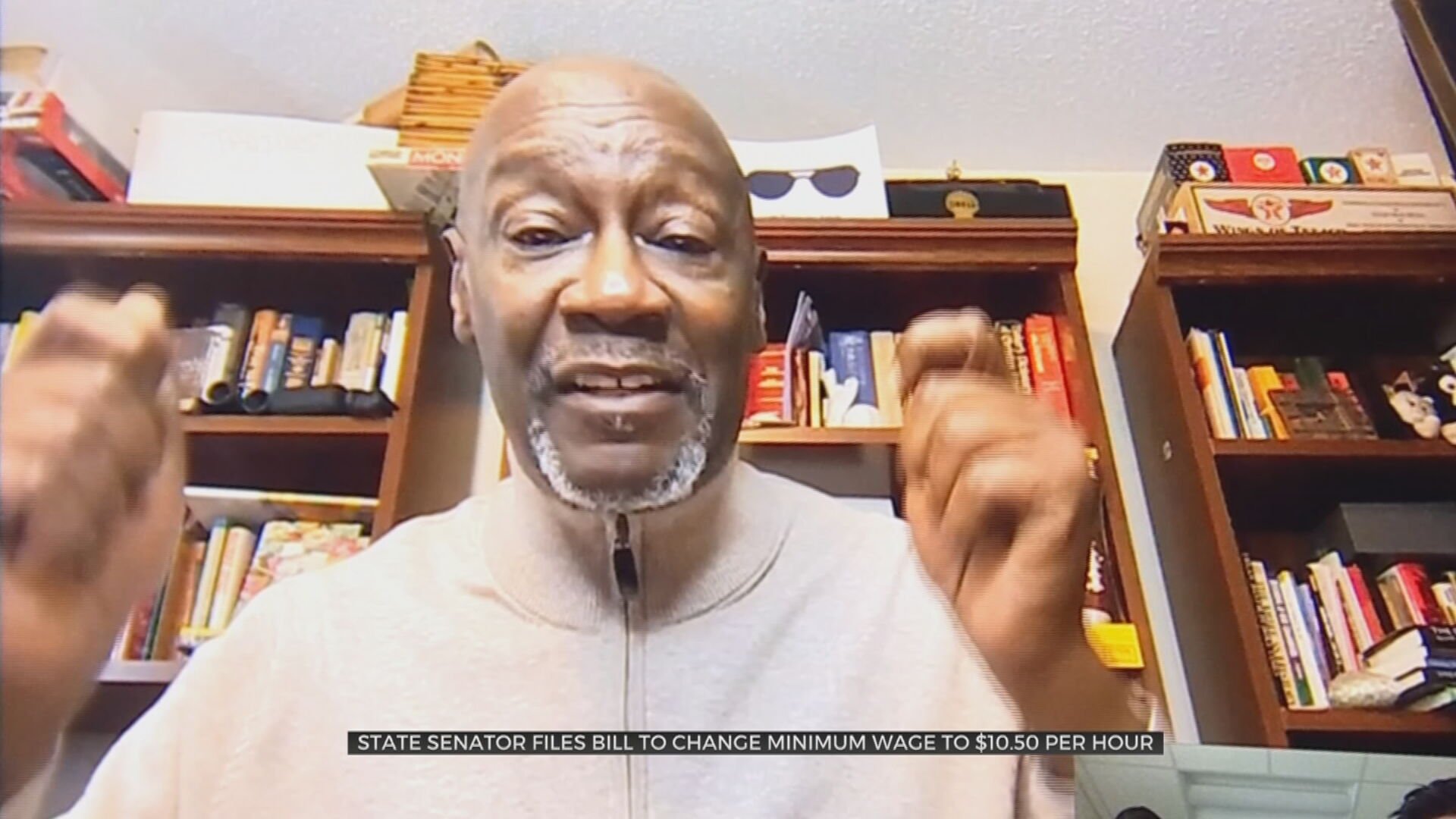 State Senator George Young, who is a Democrat and represents parts of Oklahoma City, has filed the bill.

The bill would raise the current minimum wage from the federal minimum of $7.25 by more than $3.

Young said 29 other states have minimum wage requirements higher than the federal minimum, including the neighboring states of Missouri and Arkansas.

He has filed a similar bill for the past 4 years, but none have passed. However, Young said his bill is getting some traction now because of the pandemic, as he said more people are realizing the need for increased wages.

Critics have said in the past that a raise like this could hurt small businesses and business owners. Young doesn't believe it would.

"If raising the minimum wage from $7.25 to $10.50 is going to shut down a small business that small business got some other problems other than the payroll,” said Young. “Listen, talk to someone who's making minimum wage. They're not going to go out and invest in no Apple stock. They're not going to invest in Paypal stock. They're going to take that money and use it right away and put it right back into the economy."