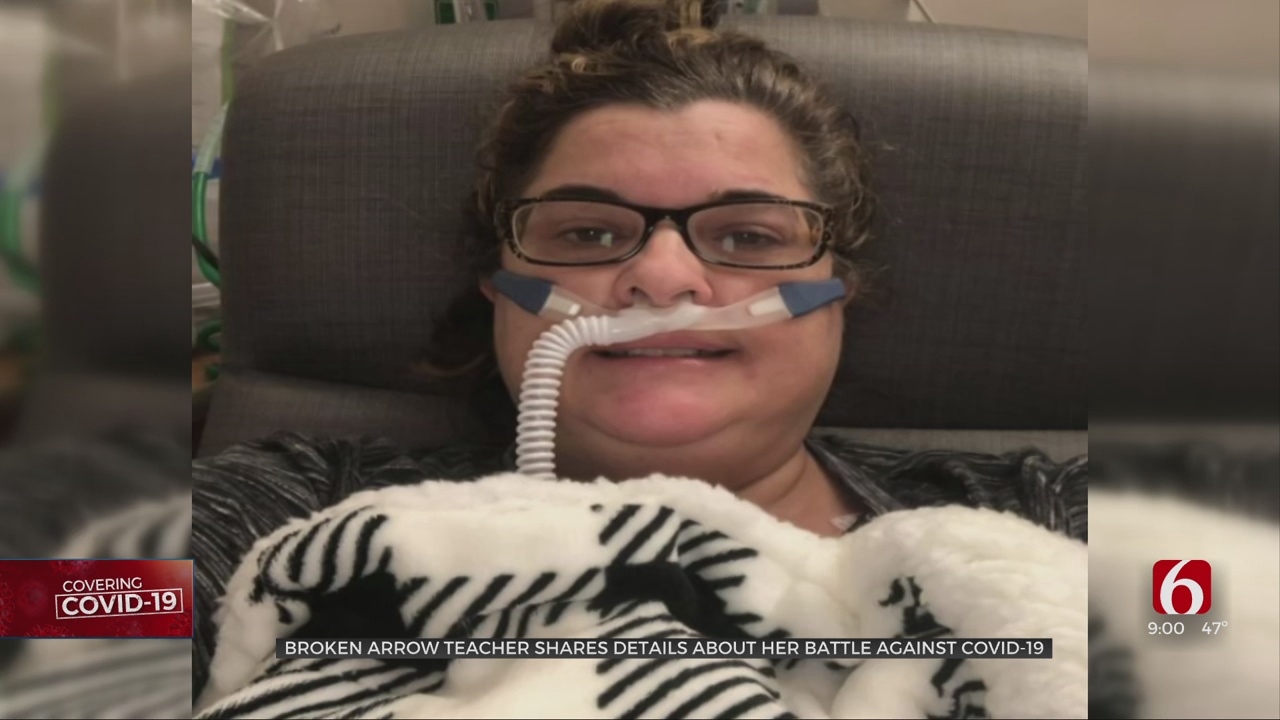 A Broken Arrow teacher is sharing the story of her battle with COVID-19.

Brown said she has been in and out of the hospital for the past two months and this is one of the toughest health battles she has ever faced.

She teaches sixth grade science for Broken Arrow Schools, but said she isn't sure where she contracted the virus.

Brown said she is progressing each day, and she's now on two liters of oxygen. She said because of her health history, she feared she would have a bad case, but never expected to struggle this much.

"It isn’t like anything I've ever done; you know I've had the flu, I've had strep, I've had cancer, I've had a stroke, but I can tell you this is by far the biggest beast I've had to battle," she said.

Brown said she is still struggling with breathing and shortness of breath. She said one of the toughest parts of her battle with COVID-19 was being alone in the hospital.

"I think with COVID, it's a mental game, because it plays with the isolation part of it, you know not being able to see your family again and so that's just hard, that's really hard," she said.

She said she wants to encourage people to take precautions to keep themselves and others safe, like social distancing and wearing a mask.

Brown is thankful for the support and prayers she's received the past two months.

"There's days I don't want to even think about what I've been through, because it was so hard, but I'm just glad I'm still here," she said.

She said she isn't sure when she will be able to return to the classroom but is happy to be home to spend the holidays and welcome in the New Year with her family.

To visit a GoFundMe page for Brown and her family, click here.