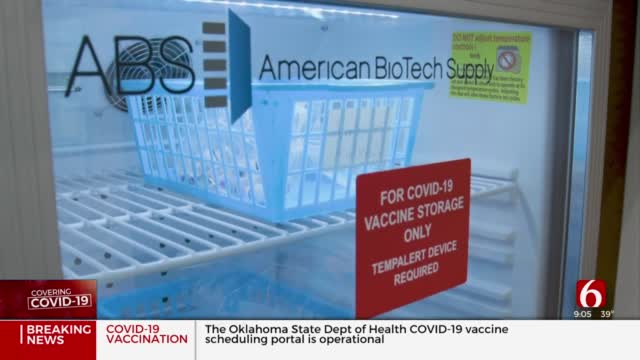 As Oklahoma moves to Phase 2 of distributing vaccines, some people who were in Phase 1 are still waiting for their shots. That includes some people living in long term care facilities.

Rebecca Davis said her parents, who are both in their 90s, are still waiting for their vaccine, and she thinks people like them should've gotten the shot first.

Davis said her parents, Lou and Sarah, live together at Bellarose Senior Living in assisted living and haven't been able to leave since March.

She said the news of a vaccine gave her so much hope that her parents could be out and about again.

"We missed Thanksgiving, Christmas, it's a lost year for them and they are 91 and 93," she said. "Their days are a lot more valuable."

The facility's first day to vaccinate residents isn't until Jan. 22.

"They're still waiting, and my friends can go out and get this vaccine, and they're not," Davis said.

Many long-term care facilities in Oklahoma are in a federal partnership with CVS and Walgreens to get their vaccinations. Bellarose is partnering with CVS.

CVS tells us they expect to finish the first doses of vaccinations by Jan. 25 for the 40,000 facilities enrolled nationwide.

Jan. 25 is also when Walgreens expects to complete the first doses in the 35,000 long term care facilities partnering with them.

Oklahoma health leaders said just because we're in Phase 2, doesn't mean they're done with Phase 1, but Davis wishes her parents could be vaccinated sooner.

"By not getting them first on the list to get the vaccine, it has made the situation worse for them," Davis said.

The Diakonos Group owns 22 Oklahoma care facilities and tells us many of their facilities have been distributing the vaccine.

"It just keeps going on and on and on," Davis said

For those facilities that haven't received the vaccine yet, their hands are tied as they wait on vaccines to become available.

In a statement, Sagora, the parent company of Bellarose, said they're "looking forward to resuming that joy and normalcy" once their residents can get vaccinated.