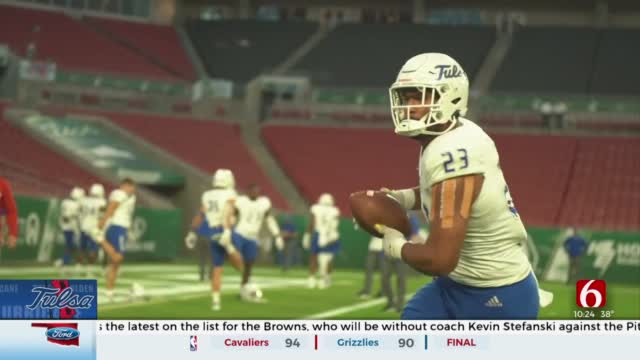 As if he wasn’t already, the former Hominy Buck has cemented his place as one of the best to ever put on a Golden Hurricane uniform.

Zaven Collins was named the Bednarik award winner Thursday night, given to the best defensive player in college football.

Collins was also named a first-team Walter Camp all-American, making him TU’s first unanimous all-American since 1965, just second ever. It’s been quite a ride for the small-town kid.

“I think it just comes down to, you know, being competitive, and never wanting to quit, never wanting to lose and that’s something I’ve taken with me throughout my whole life, I think that’s what’s carried me to today,” Collins said after being named the winner. “Whatever opportunity I get to just go out there and make the best of it, take advantage and use it to the best of your ability and I feel like that’s what Coach Montgomery and Coach Gillespie allowed me to do.”

Collins was also awarded the Bronko Nagurski trophy this season, selected by the Football Writers Association of America for the best defensive player in the country.