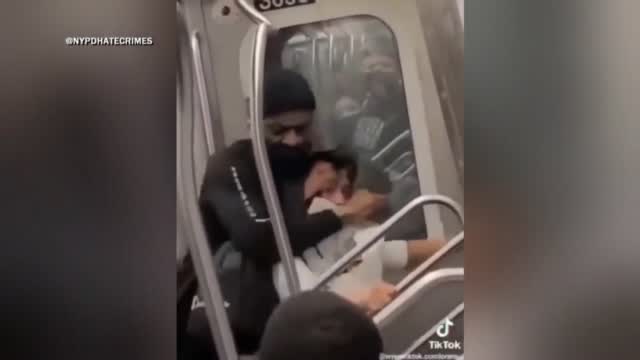 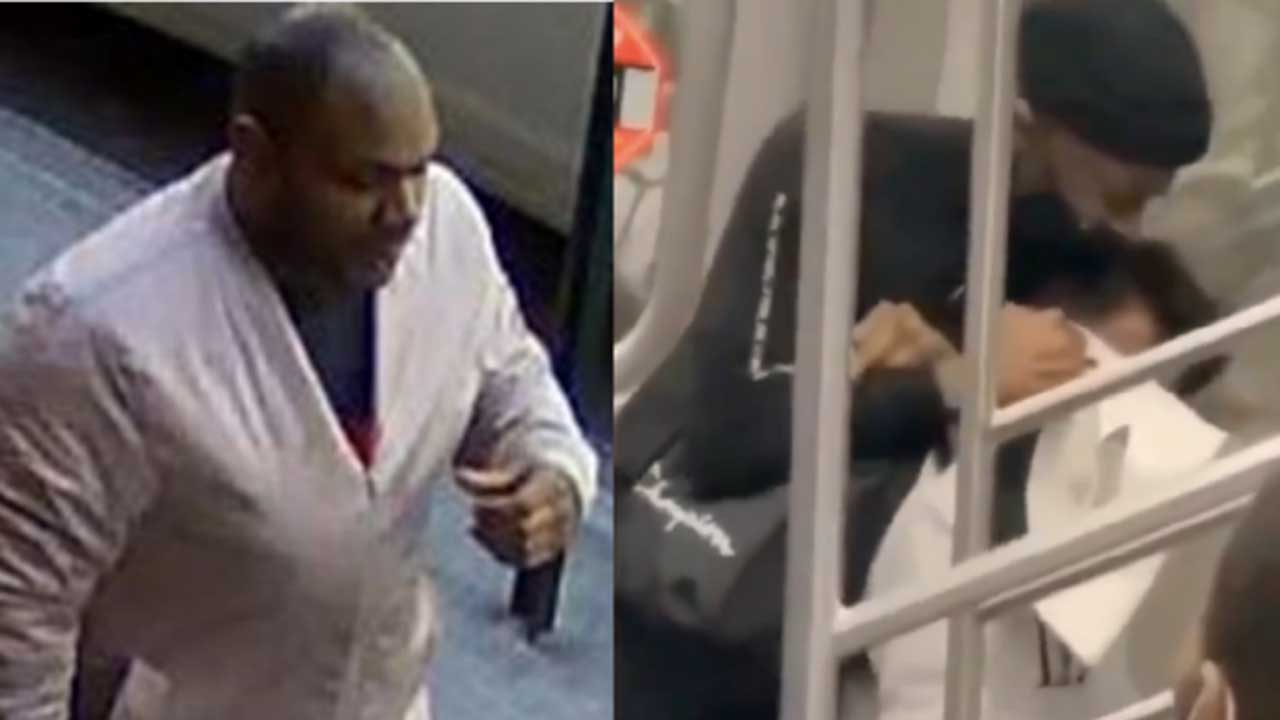 In broad daylight in Midtown Manhattan on Monday, a 65-year-old woman was kicked to the ground and stomped on by a man who police say made "anti-Asian statements." The very same day, police said they were investigating after an Asian man was left unconscious during an attack in the subway.

Both attacks are being investigated as hate crimes — part of a disturbing trend of attacks against the Asian American community during the coronavirus pandemic.

Police say the attack on the woman occurred at about 11:40 a.m. on Monday on the sidewalk outside an apartment building on West 43rd Street. Surveillance video shows an unidentified man violently kick the woman as she falls to the ground, before he continues to kick her several times.

In the video, another person can be seen standing in the building's lobby watching but doing nothing to stop the attack or help the woman. The bystander then closes the front door, while the woman remains on the ground as the attacker casually walks away.

The woman was hospitalized with serious injuries, The Associated Press reports.

The Brodsky Organization, which manages the apartment building, released a statement saying that a staff member who witnessed the attack has been suspended while the incident is under investigation. It is also working to identify another bystander, a third-party delivery vendor, who witnessed the incident but also failed to intervene.

The company said it condemns "all forms of discrimination, racism, xenophobia and violence against the Asian American community."

The New York Police Department has released photos of the suspect and asked the public for help identifying the man, who they said made "anti-Asian statements." CBS New York station WCBS reports the man said, "You don't belong here," before running off. The woman was reportedly on her way to church.

Also on Monday, the NYPD said it was investigating an attack on an Asian man on a busy Manhattan-bound J subway train in Brooklyn, at the Kosciuszko Street station. Video of the attack was shared by another passenger on TikTok and has been viewed millions of times.

Police are still searching for the unidentified attacker, who punched the man several times and put him in a chokehold until he was unconscious. The attacker then slammed the man's head against the subway seat before exiting the train car.

Other riders watched the attack without intervening.  In a statement, NYC Transit interim president Sarah Feinberg called the attack "absolutely horrifying and gut-wrenching."

"Racist, criminal behavior targeting Asian Americans is horrifying, and it must stop," Feinberg said, calling on the city to provide additional policing and mental health resources. "While we have seen some additional resources from the city, sufficient resources have simply not been forthcoming."

So far in 2021, the NYPD's hate crimes task force has investigated more than 30 anti-Asian crimes in the city.  Last week, the task force announced a new initiative to tackle hate crimes against the Asian American community, which have skyrocketed during the coronavirus pandemic. Starting this week, undercover Asian American cops will be walking the streets of New York to help with hate crime prevention and response.  According to the organization Stop AAPI Hate, roughly 3,800 hate crimes against Asian Americans have been reported in the U.S. from March 2020 to April 2021. A recent study showed that former President Donald Trump's use of the phrase "Chinese virus" to refer to COVID-19 increased the use of anti-Asian hashtags on Twitter.

Earlier this month, a gunman killed eight people, including six women of Asian descent, in a series of shootings at spas in the Atlanta area. Dozens gathered in New York City on Monday night for a candlelight vigil honoring the victims of the shooting.

Over the weekend, thousands of people took part in protests across the country to raise awareness about the racial discrimination that Asian Americans have experienced for decades, as organizers demanded legislative action to combat the issue.