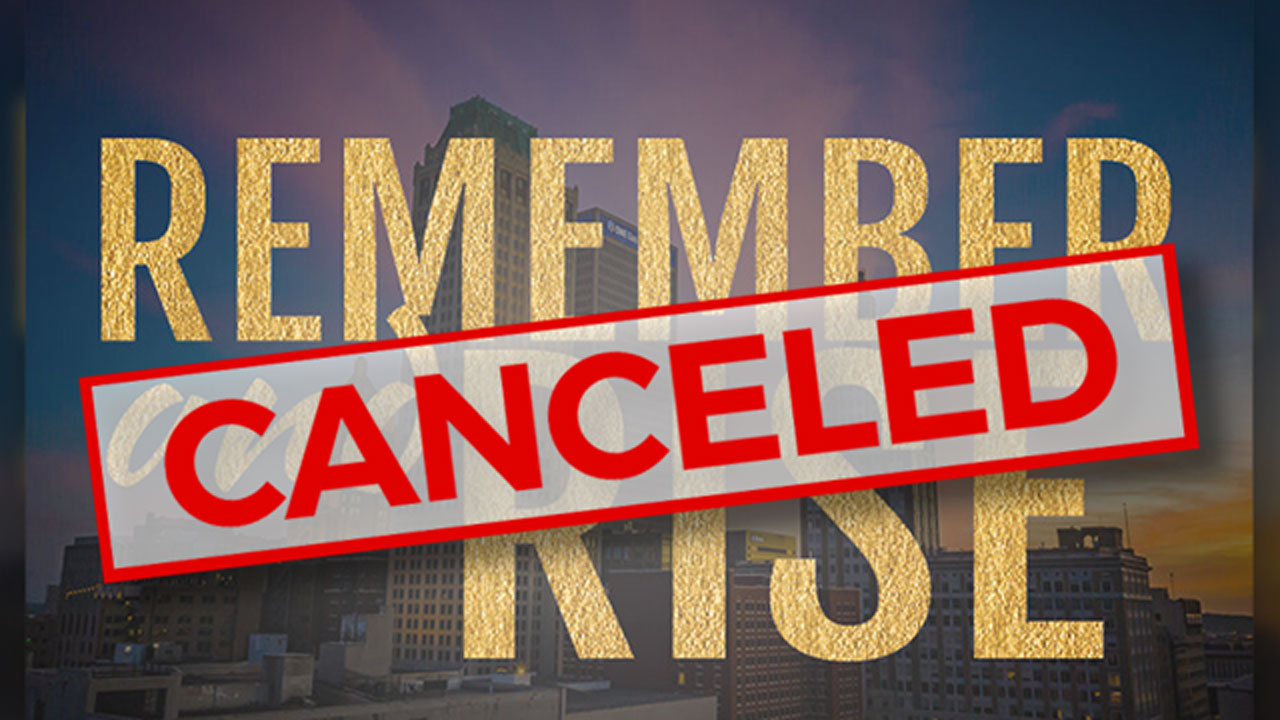 The Tulsa Race Massacre Centennial Commission said it is canceling the Remember and Rise event on Monday.

The commission said in a press release that this is "due to unexpected circumstances with entertainers and speakers, the Centennial Commission is unable to fulfill our high expectations for Monday afternoon’s commemoration event and has determined not to move forward with the event at this time."

Related Story: Community Reacts To Remember & Rise Cancelation: ‘Not About A Moment, But A Movement’

Officials said in a release that they "have hopes to reschedule later in this 100th commemorative year. We apologize for the disappointment and any inconvenience caused to ticket holders; if rescheduled ticket holders will be notified first."

News On 6 had a number of sources reach out citing specific reasons why the Remember & Rise event was canceled, but at this time, we have not been able to get anyone on the record.

Centennial Commission director Phil Armstrong said he is very disappointed and crushed and they hope to reschedule that event for the future. Officials asked for people to make plans to attend other events commemorating the centennial of the 1921 Tulsa Race Massacre.

"There are so many events to experience and commemorate the atrocity of the race massacre over the next few weeks," officials said in a press release.

The commission announced just two weeks ago that John Legend and Stacey Abrams would headline the event Monday night.

Armstrong said this all happened within the last 24 hours. He said while it is disappointing, the commission is focusing on the commemoration of the centennial, not a single event.

"Stepping back and reminding ourselves that we haven't been doing this work for six years for a concert, that we're doing this to commemorate this history, this is a commemorative year, this is not a one and done," Armstrong said.

Tulsa Mayor G.T. Bynum told News On 6 he was saddened, but grateful for the work being done to honor the lives lost in the Massacre.'

“I was looking forward to attending the Remember & Rise event, and am saddened to learn of its cancellation. But the work to honor our neighbors killed in the 1921 Tulsa Race Massacre and to build a better city moving forward is bigger than one event on a single night. More than any disappointment over this cancelation, I feel profound gratitude for all the people working so hard to honor the lives lost and the work to be done.”

Since the news of the cancelation broke, many people reached out to News On 6 to ask if it will impact President Joe Biden's visit to Tulsa Tuesday. The two events were separate, and as far as we know, his visit will not be impacted.