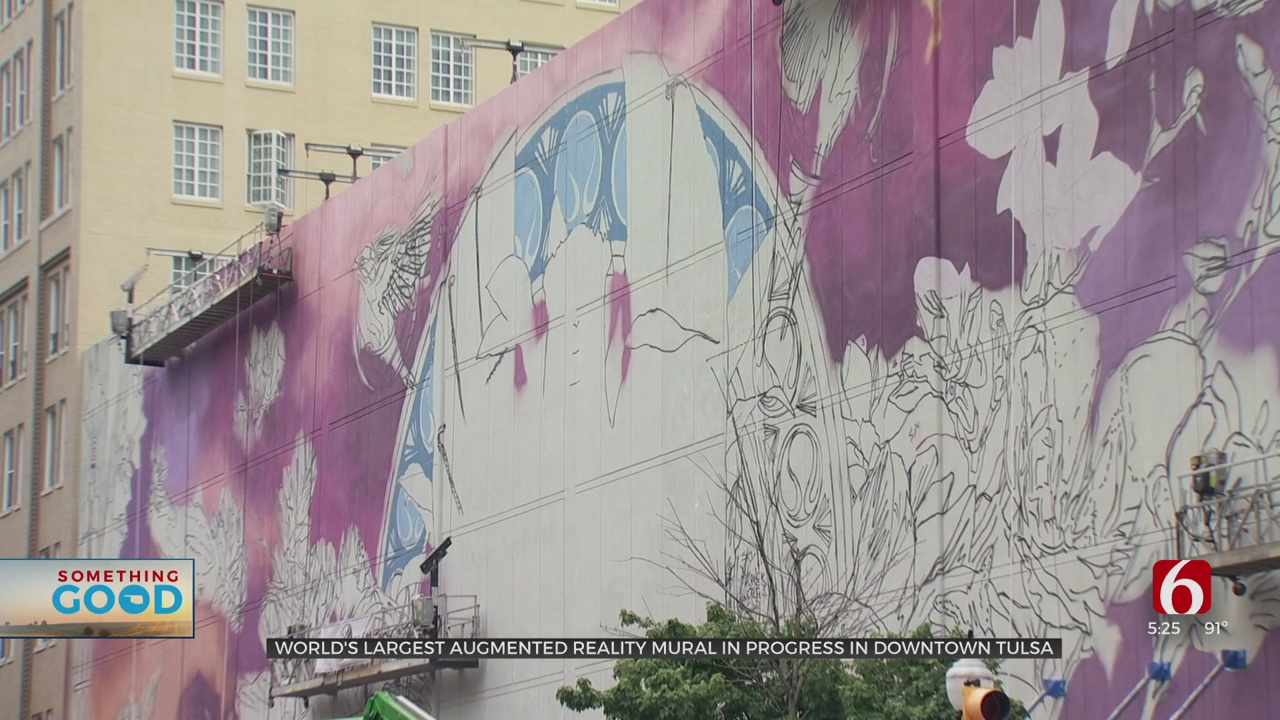 The city of Tulsa will soon have the largest augmented reality mural in the world - a massive art project in downtown that is already turning a lot of heads.

It’s the beginning of what will be called "The Majestic”, a massive 15,000 square foot mural on the side of a parking garage at 4th and Main.

"We have latex paint and then we do spray paint on top of the latex," said Skotnes.

The art was commissioned by the Tulsa Parking Authority to revitalize parts of downtown. Skotness and Sarfati were chosen after a lengthy nationwide search.

"Normally you're given a stipend to create like a proposal and typically we take that stipend, buy flights and hotels, come here, stay here, before any project," said Sarfati.

Both artists, who have paintings around the world, traveled to Tulsa last year to get ideas and better understand the community.

That trip inspired “The Majestic” which when completed will have an angel holding two children and local flowers and fauna.

"It's kind of like our version of an ethereal world,” said Sarfati. “It's what we experienced. Art deco is based on the buildings in this part of town."

"And then all the florals and fauna and fish are directly from Tulsa," said Skotnes.

And when completed, the mural will also hold a world record.

The artists said it will be the largest augmented reality mural in the entire world, meaning if you scan a QR code on your phone, the painting will come to life - complete with animations, audio and 3D.

The painting should be completed by mid-July. In August, animators will come in and complete the augmented reality version of it.