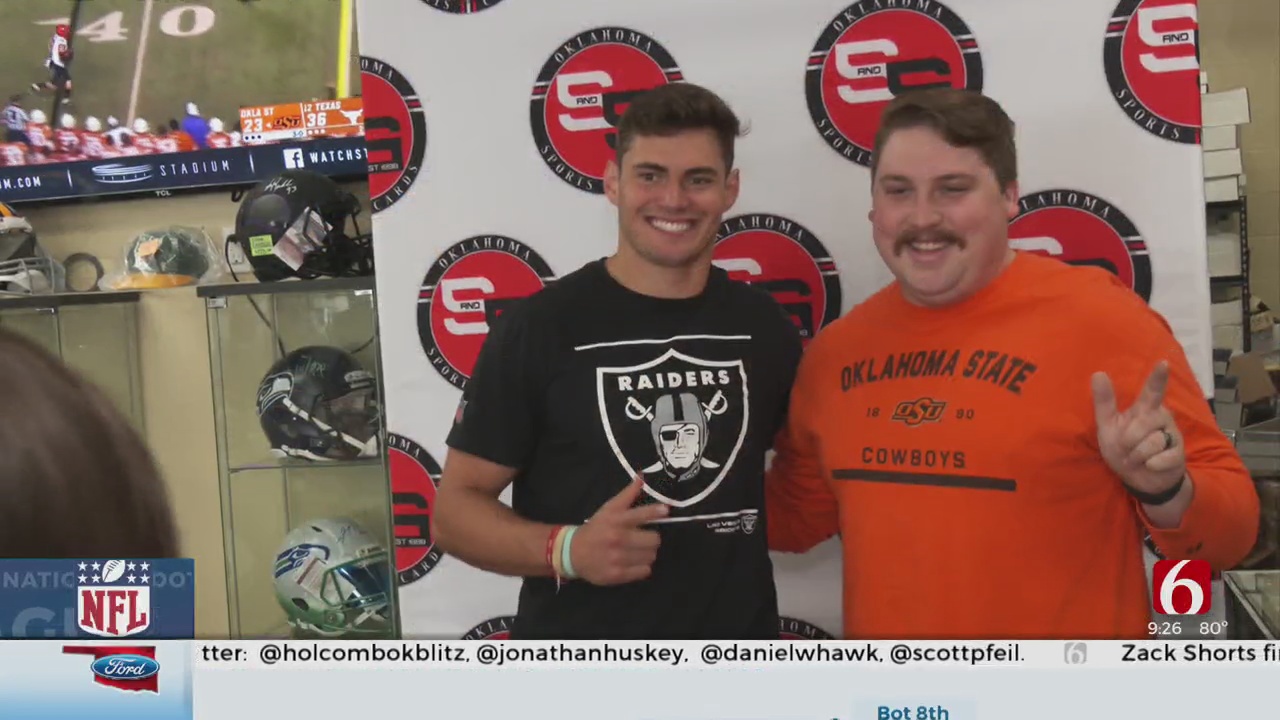 Dillon Stoner left his mark on the Oklahoma State football program. He was one of the best to ever put on a Cowboy uniform.

This fall, he will be suiting up for the Las Vegas Raiders.

"It’s a blessing and still very surreal to me," Stoner said.

Stoner finished his OSU career with 17 touchdowns and racked up nearly 2,400 receiving yards. He controlled the offense out on the edge.

When people asked if it has sunk in to be playing in NFL, he’s still soaking it all in.

"People have asked me that and it feels like I'm walking around as a dream even,” Stoner said. “This doesn't feel real. It’s just crazy. I don't know when it will set in but it definitely hasn't yet.”

Aside from lining up against some of best day in and day out, the biggest obstacle so far is learning the Raiders’ playbook.

"It’s a lot,” Stoner said. “There's a jump from high school to college to the next level. It’s a lot of stuff. It’s great plays. It’s great concepts. You just have to study and get it down and get comfortable playing again.”

Las Vegas is loaded at the receiver position. The Raiders have 12 players, including Stoner, currently on the roster.

Despite going undrafted, Stoner remains confident he will make the final cut.

"One way or another, things are going to take care of itself,” Stoner said. “God’s got it under control and I just have to trust his plan and just work as hard as I can and do everything I can.”

Even though his playing days are over in Stillwater, Stoner said he’ll keep an eye on his former teammates.

"It’s going to be fun to see,” Stoner said. “I think the guys that moved on those spots will be easy to fill and it's going to fun to see them. I think they are going to have a great year.”