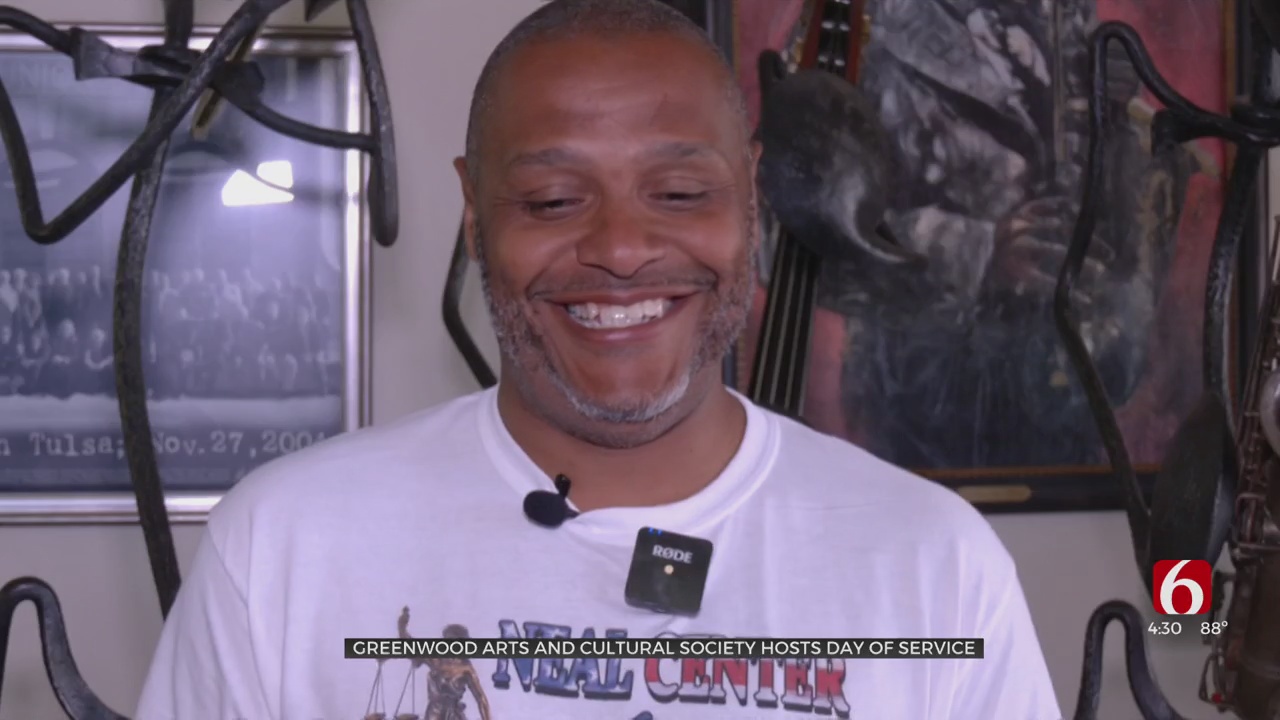 The Greenwood Arts and Cultural Society is on a mission to make a better tomorrow for Tulsans. Volunteers chose to focus on three needs Thursday on their Day of Service.

Sayles showed up to Vernon AME Church in the Historic Greenwood District Thursday afternoon with one goal in mind.

"Get some dinner,” Sayles said.

However, he left the free food distribution with two things: a satisfied stomach and renewed hope in humanity.

"There's a lot of generous people in Tulsa," Sayles said.

C.J. Webber-Neal is the President of the Greenwood Arts & Cultural Society. Neal is celebrating his 44th birthday not by blowing out candles on his cake and hoping for the best; he's actively working for his wishes to come true.

"Oklahoma has one of the highest rates of people that go to bed hungry and so we want to make sure that we can do something to help that," Webber-Neal said.

Food insecurity is one of three critical needs Neal focused on during today's Day of Service. Neal is well aware of the rise in COVID-19 cases in the wake of the Delta Variant and teamed up with the Tulsa Health Department to host a vaccine clinic.

"Each day that you're blessed to be able to be on this earth that you should try to do something to give back,” Webber-Neal said.

Neal believes everyone can make a difference in their community which is why he asked the Oklahoma Democratic Party to join his birthday party and help folks register to vote.

"I want to get people engaged in the voting process now so that they're paying attention now and not waiting until the last minute,” said Alicia Andrews, Chair of the Oklahoma Democratic Party.

Neal said empowered people empower people. It is the birthday gift that keeps on giving. Neal hopes to make today’s Day of Service a birthday tradition and plans to pick another community in need for his 45th birthday.