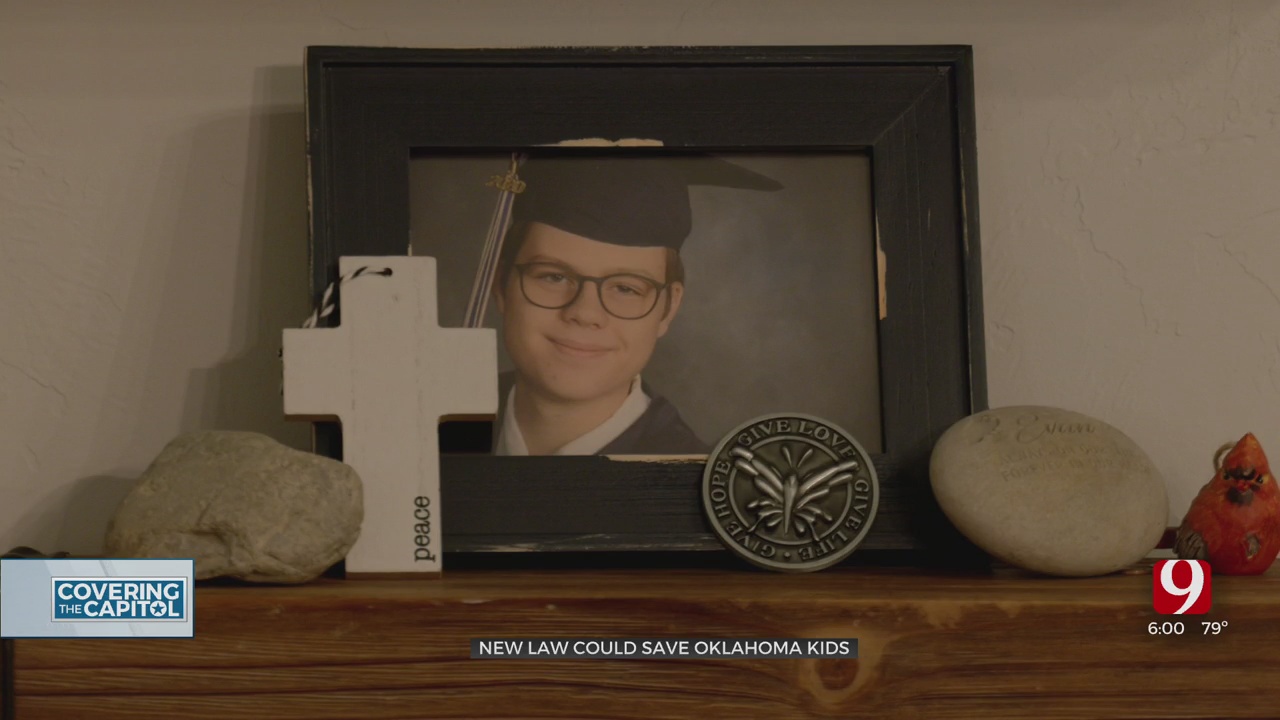 Senate Bill 21 was signed into law this week in a ceremony with Gov. Kevin Stitt.

It mandates that all teachers be trained to recognize when a student may be struggling with suicidal thoughts or a mental health issue.

One metro-area mom said she hopes the bill will save lives.

Evan Smartt was a senior at Edmond Public Schools --- his mom Shelli Smart described him as kind, thoughtful of others, and passionate about life.

“Evan was the smartest person I knew. He had the best hair, and he had the best hugs. And he was just the kindest person. He was also thinking of other people,” Shelli said.

He masked his struggles with mental illness.

“Evan was kind and generous beyond his death. He was an organ donor. He donated seven organs and saved four lives and gave sight to two others,” Shelli said.

Evan took his own life just over a year and a half ago.

“He just was a really good kid. If he ever saw anybody in distress, if he ever saw me in distress, he would knock on my bathroom door. ‘Mom, are you OK? I want to make sure you’re OK before I go to bed,” Shelli said. “We thought we were doing everything, to make it better.”

Shelli said mental health training for teachers and staff will help those professionals notice the signs of suicidal ideations in students -- before it’s too late.

“Just to think we have so many laws within the schools on class sizes, on bullying, anything else, but nothing on suicide awareness training is sometimes mind-numbing,” Shelli said.

Senator Kay Floyd carried SB 21 through the Oklahoma legislature this year. It passed unanimously at every phase of the process.

“Teachers spent hours and hours and hours with k-12 in our state. Being able to observe the behavior of these students and having the training to distinguish between...Is this just a bad week or difficulty with their studies, or is it more serious?” Floyd said.

CDC statistics show suicide as the second leading cause of death for young people ages 10 to 24.

“I can never bring my child back. But in honoring Evan and his legacy perhaps, his bit of kindness can pass through me, and I can save other families from going through what we went through,” Shelli said.

A state curriculum is available to school districts -- and it’s now mandatory that all schools implement the training at some point this year.