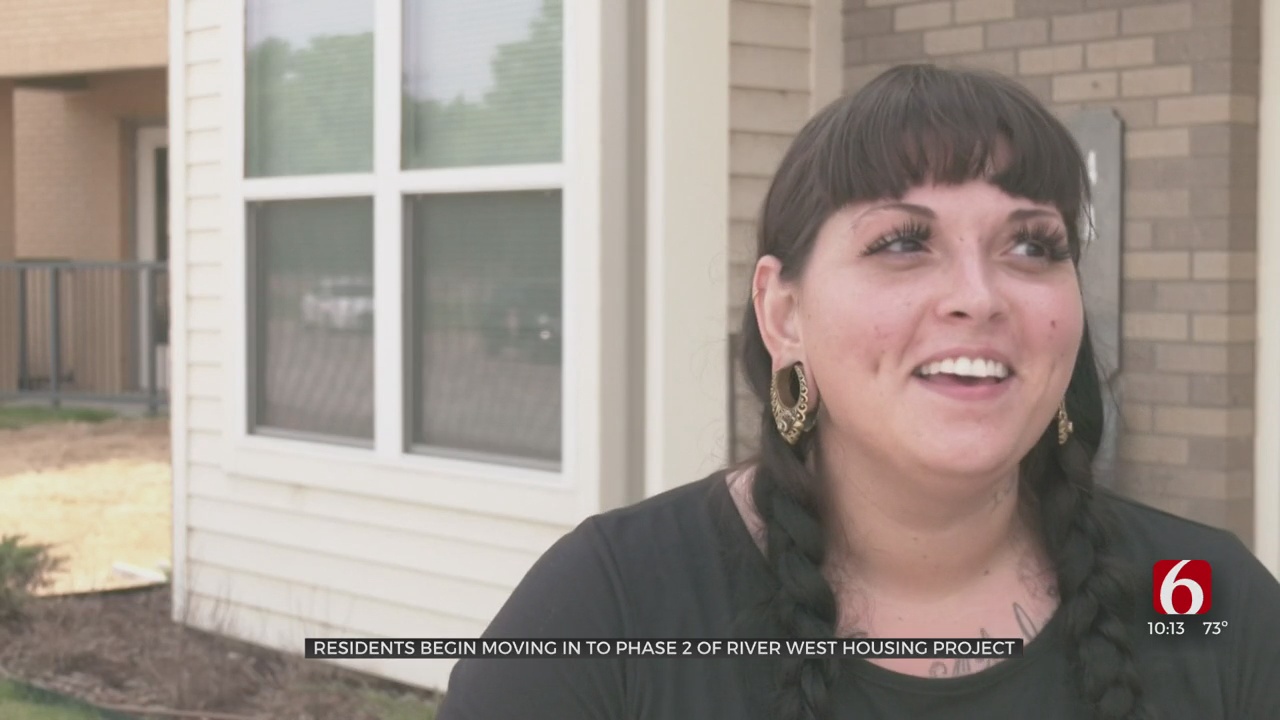 Phase 2 of a huge housing project in Tulsa’s River West area is nearly complete and some residents are moving into their new apartments.

"Both market rate units, as well as subsidized units for residents returning to the River West, as well as other residents of Tulsa who are in the workforce and need affordable housing,” Eric Solivan with the Tulsa Housing Authority said.

Solivan said Phase 3 includes 76 apartment units, ranging from one to four bedrooms, a management office, fitness center, and a pool.

He said the $180 million project is the largest investment in affordable housing in Oklahoma.

Solivan said folks are already moving into Phases 1 and 2 of the project.

"It really provides an opportunity to transform lives and communities here in Tulsa. Exciting to see the residents of the former River West apartments return to new construction units,” Solivan said.

Jaimee Collett just moved in and said the new home at River West has been breath of fresh air for her and her children. She works two jobs, and said the affordable price helps with the bills.

"To have a place that shows us, no matter what income you are at that, you are valuable and that you all deserve the same quality of life,” Collett said.

Collett said she doesn't plan to move out anytime soon.

"I don't want to, unless God calls me somewhere else, but you know this is definitely the best place I have ever lived,” Collett said.

The project is expected to be done by September 2022.