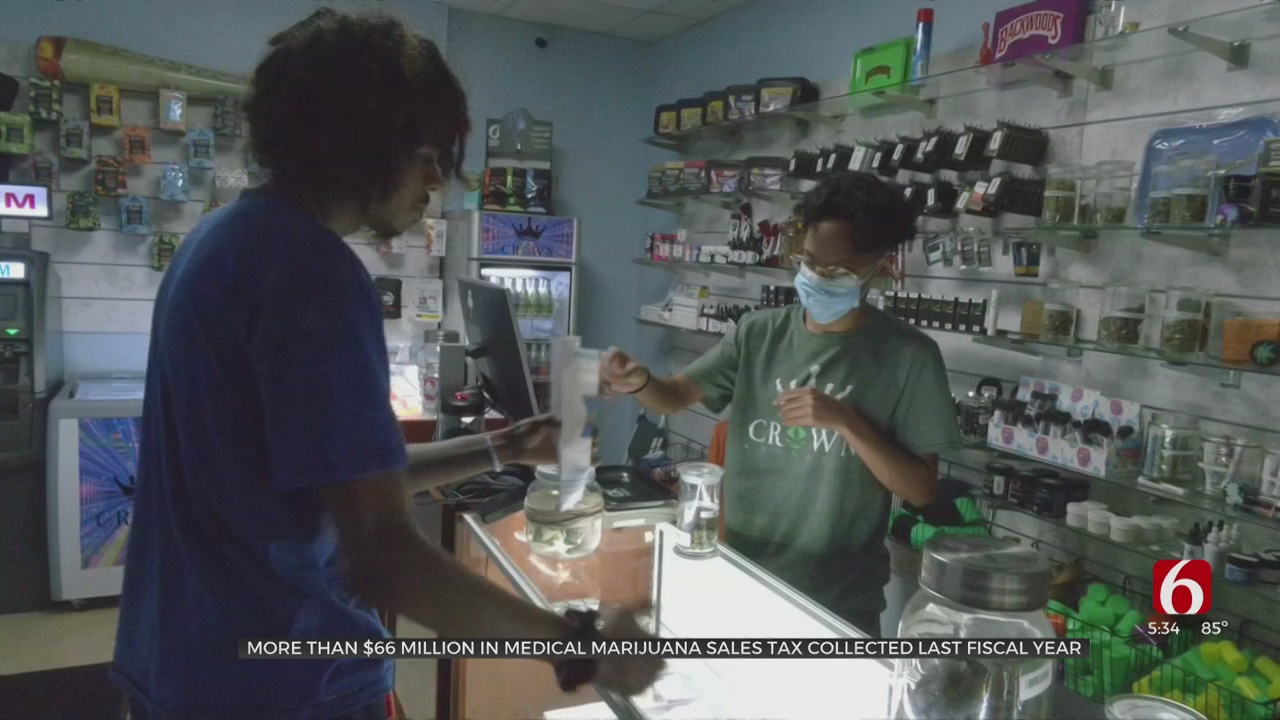 Medical marijuana is bringing in big money for the state.

Since 2018, the revenue gained from medical marijuana has steadily increased.

The State Tax Commission reports more than $66 million in tax was collected last fiscal year, a 56% increase from 2019.

For comparison, taxes on cigarettes brought in 71 million dollars.

Workers at some dispensaries say attitudes about their business are changing because of the pandemic.

Korissa Perkins, the Manager of Crown Cannabis, says sales at her store went up during the lockdowns and have stayed steady ever since.

"They went up whenever COVID first hit," Perkins said. "Whenever everything was closing up, I think a lot of people were finding something to cope with, to help them get through their day-to-day lives."

Perkins believes a shift in understanding is leading more people to apply for med cards.

"I think more people are becoming aware of the good benefits of it and realizing that it's not something that's actually bad for you," Perkins said. "It can really help you because it's a natural medicine."