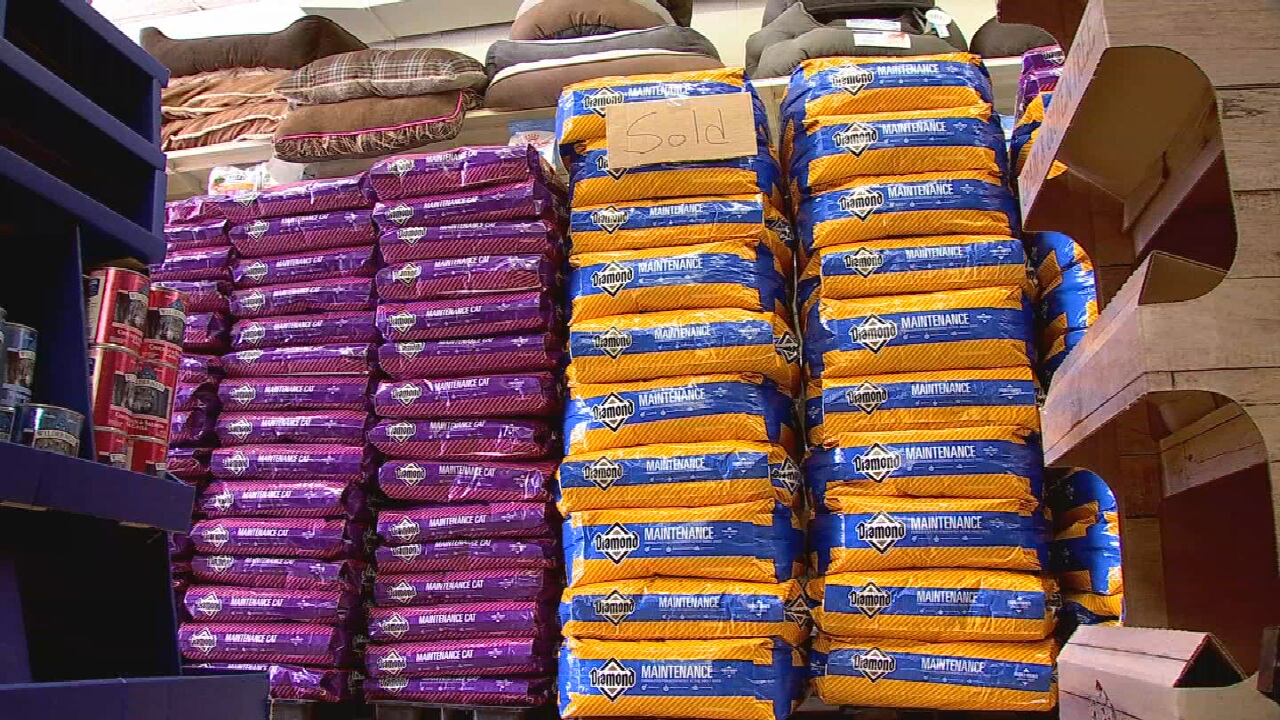 Meals on Wheels volunteers are not only delivering food to people, but to pets as well.

"You have to be a little physically fit to be able to carry around 50 pounds of food," Kim Goza. Wednesday, volunteers loaded up backs of food into vehicles for Meals on Wheels volunteer drivers, but this food it for four legged folks. "I'll get ten bags of the dog food, take it to my house divide it into these portion bags, load it in my car and it usually takes two evenings. Maybe three hours an evening to get as many done as I need to do to deliver on Saturday," said Goza.

Goza has been volunteering with the Paws Program for a year and a half. She and other volunteers pick up the pet food once a month and deliver it one Saturday a month.

"Over 300 of our clients that have that pet and they can keep their pet and be able to combat the isolation, the loneliness and the depression that goes along with you know living alone on your own as you age," said Jonathan Vanbeber.

Vanbeber is the Director of Client Care for Tulsa's Meals on Wheels and said just two years ago they were delivering food to about 90 animals. Now, that's up to 450. Goza said these companions are critical for people who are homebound.

"Where would that pet end up? What if those people couldn't keep that pet if we didn't deliver that food to help them feed it. So you're basically saving the life of that pet is how I look at it," said Goza.

The Paws Program is great for anyone who works because you can pick up the food during the week ad deliver it on a Saturday.